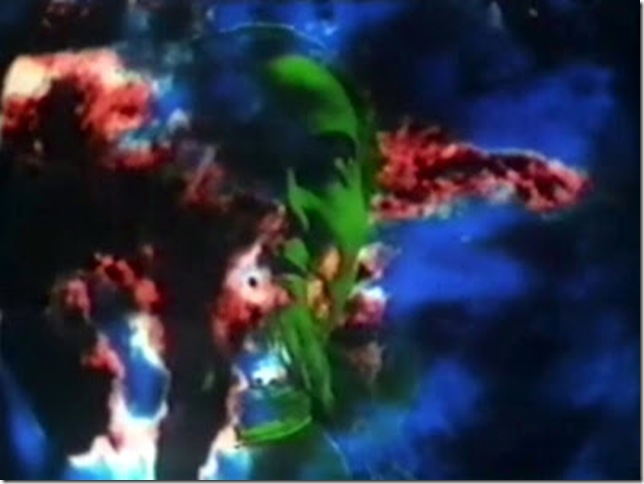 Today’s boring, mass-produced, digitized, one-size-fits-all uniformity of cinematic projection would leave no room for an iconoclast like William Castle.

The late director of more than 50 B-movies – bearing titles like Zotz! and Let’s Kill Uncle – was a veritable industry of site-specific theater innovation. At least 11 of his movies from 1958 to 1975 were accompanied by tawdry gimmicks. He would provide $1,000 life insurance policies do anyone who “died of fright” during certain films, positioning nurses in the lobbies and hearses outside the theater. Can you imagine such a spectacle outside the Muvico Parisian today?

For other films, Castle would bug the theater’s seats with buzzers, giving audiences a little jolt during the scary parts (which would prompt lawsuits today, no doubt), and would hand out cardboard prop axes or strips of cellophane (to shield your eyes from the movie’s ghosts, if they were too scary for you to handle). One film even included an audience-participation climax in which patrons could decide the fate of the movie’s protagonist.

Perhaps nobody lived in a pre-home-video age more than William Castle: His purview was the grindhouse, not the living room. This may explain why so many of his films remain locked in vaults, never issued on DVD. Olive Films is hoping to change that with a pair of Castle titles due out this month, and even without theatrical gimmicks, these prescient movies transcended their low production values and wooden acting to address issues and themes that resonate well into the 21st century.

Project X ($24.99 Blu-ray, $19.99 DVD), from 1968, is set in The Future, where middle-aged scientists studying cryogenics and neurology don monochromatic Star Trek-knockoff uniforms, speak in forehead-slappingly cornball lines (“He’s a behaviorist who doesn’t always behave!”) and attempt to save the world from apparently imminent destruction from the “Sino-Asian” global superpower. This comes a surprise, as we soon learn that society had long ago “eliminated crime and violence,” reflecting the tarnished utopianism of many a classic sci-fi parable. 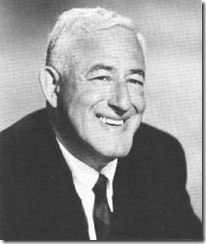 For his plot, Castle stares into the infinite abyss of technological possibility. He conjures a world in which cryogenically frozen subjects can have their memories wiped out and reconstituted with new ones, then placed in a virtual reality populated by walking, talking holograms, which will distract the subject while the scientists back in the real world sift through his subconscious for the information they’re seeking – in this case, details about Sino-Asia’s plans to mass-produce male babies.

If you can see past the lousy acting, you’ll be treated to an inspired science-fiction scenario that, while rooted in Philip K. Dick’s pioneering visions, looks ahead to such cinematic touchstones as World on a Wire, The Matrix and The Truman Show. And the film’s myriad concerns – such as overpopulation, a rising China and the spread of disease through vaccines – are issues that continue to concern the soothsayers, doomsday predictors and paranoiacs of today.

But Project X would be worth seeing even without its prophetic themes, thanks to a number of ambitious scenes that mix animation (the film was produced by Hanna Barbera) and superimpositions. As the scientists track their subject’s mind, fuzzy images from his subconscious are overlaid onto constantly moving panoramas of globular brain matter, creating an entrancing visual opiate that is decades ahead of its time.

Then there’s The Spirit is Willing ($26.96 Blu-ray, $22.48), released a year earlier, with a story framed around a familiar chestnut: a family moves in to a haunted house, and weird stuff starts happening. But that’s where the similarities end; rather than mine the horror territory on which he built his reputation, Castle aims for bawdy comedy, and he hits the bulls-eye.

The house is haunted by three ghosts form the late 1800s: a sailor, his lover and the sailor’s jealous, would-be paramour, and they spend their afterlife re-killing each other, acting out their old psychodramas. In present day, the mother and father blame the unexpected door slammings, smashed china, sunken yachts and other inexplicable occurrences on their pubescent son, who is the only one who can see the ghosts in full-bodies form.

Again, despite the crude acting – the cast hams it up with bulging eyes and overly expressive faces, like silent-movie actors transplanted to the World of the Talking – The Spirit is Willing was an incredibly progressive movie for its time. As the title suggests, the spirits in question are willing to do just about anything, and there is more than one supernatural sex scene implied, along with sexual double-entendres and references to homosexuality and underage sex.

The film also displays a surprisingly accurate understanding of the paranormal, with references to cold spots and the particular sensitivity of children. Castle himself may not have recognized it at the time, but with his dated gimmicks and lo-fi special effects, his films still manage to be crystal balls of insight into the 21st-century zeitgeist. 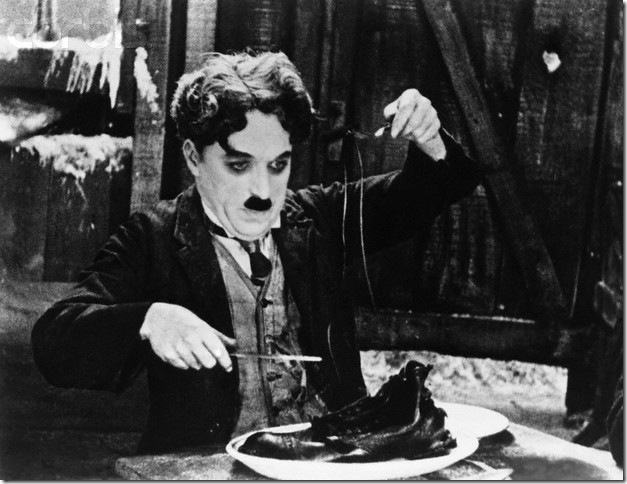 June 12: By the time Charlie Chaplin directed The Gold Rush in 1925, he had more than 50 titles under his belt, most of them shorts. But this is the feature that cemented his legacy; even if he hadn’t gone on to give us Modern Times, City Lights, The Great Dictator and his other masterpieces, he would be taught in film-history classes for The Gold Rush alone. Losing none of its comic potency three-quarters of a century later, the film casts Chaplin’s tramp as a gold prospector in the harsh winter of 1898, where he encounters a carnivorous fellow-prospector who takes him for a giant turkey, and ultimately falls for the wrong girl at a local watering hole. The slapstick is spot-on and inspired, especially considering the technological limitations of the period, and the film marries broad comedy and heartbreaking poignancy in a way that would echo over the next century, from Ernst Lubitsch to Judd Apatow.

Criterion, which for some reason has ignored Chaplin since its inception, has made up for this neglect with its essential Gold Rush reissue ($27.99 Blu-ray, $26.96 DVD). It includes a 2K digital transfer of the reconstructed version of the film, an audio commentary by a Chaplin biographer, and four featurettes spotlighting the movie’s history, its score, its visual effects and its impact today.

This week, Criterion also reissues 1994’s Shallow Grave ($27.99 Blu-ray, $21.93 DVD), the debut film from British auteur Danny Boyle, which replaces the out-of-print edition from MGM. This blackly comic crime drama anticipates the druggy, Gen-X energy that would permeate the director’s Trainspotting two years later. This edition includes Digging Your Own Grave, a documentary about the film by director Kevin MacDonald, along with newly recorded interviews with three of the film’s stars and two audio commentaries. 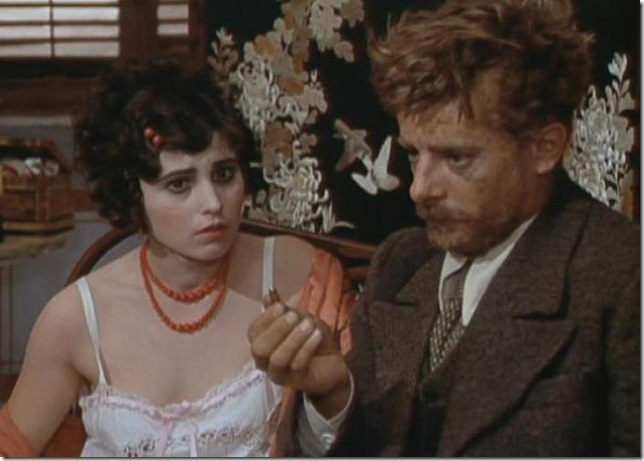 June 19: Neither history nor home-video distributors have been particularly kind to the Italian director Lina Wertmuller. Having been relegated to a footnote in film history — even though she’s still with us — she’s most remembered for writing and directing 1974’s Swept Away, a minor classic that spawned a disastrous Guy Ritchie remake in 2002.

But she has directed 22 films over an underrated, illustrious career — films that hardly anyone stateside has had the privilege to see (Then again, she is prone to titles that don’t fit in marquees, such as 1976’s The End of the World in Our Usual Bed in a Night Full of Rain and 2004’s Too Much Romance … It’s Time for Stuffed Peppers). Kino is beginning to change that with the three-movie Lina Wertmuller Collection ($52.48). It includes her 1973 breakthrough Love and Anarchy, set in a pre-World War II bordello; The Seduction of Mimi, a dark comedy about the Sicilian mafia; and All Screwed Up, another black comedy about three immigrants in Milan.

Also this week, Criterion releases two Steven Soderbergh films concerning the late, brilliant monologist Spalding Gray. 1997’s Gray’s Anatomy ($29.99 Blu-ray, $21.93) is a dynamic, visually expressive adaptation of Gray’s moving monlogue about his development of a rare ocular condition; and 2010’s And Everything is Going Fine (same prices) is a biographical documentary about Gray, pieced together entirely with footage of the renowned raconteur. Bonus features include the filmed version of Gray’s very first monologue, a new interview with Soderbergh and Gray’s 1982 monologue, A Personal History of the American Theater. 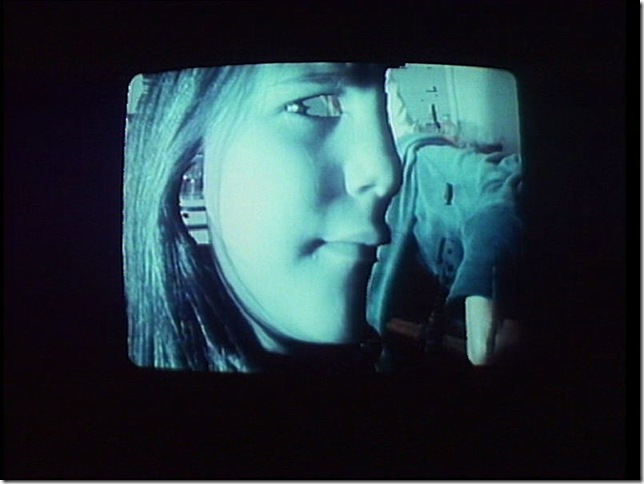 June 26: Olive Films continues its adventurous exploration of art-house Holy Grails this week with two Jean-Luc Godard pictures from the 1970s. Godard had, by then, entered his “difficult” period, which he would sustain pretty much through today; these aren’t the titles you’ll see in film school, but that makes their release even more interesting.

Following a young couple in their claustrophobic high-rise apartment complex, Numero Deux ($22.46) features a pioneering mix of film and video footage, unfolding presciently on two television monitors. It is described as “a dialectic on the relationship of sex and money.” His controversial follow-up Ici et Ailleurs, commissioned by Palestine to expose life in Palestinian labor camps, also fuses film and video in stunning superimpositions.

One of the year’s most acclaimed films thus far, Nuri Bilge Ceylan’s mesmerizing crime drama Once Upon a Time in Anatolia, sees a release from Cinema Guild ($32.48 Blu-ray, $26.96 DVD), and two cinematic touchstones debut on Blu-ray: Alfred Hitchcock’s landmark wrong-man suspenser The 39 Steps (Criterion, $27.99) and John Boorman’s Deliverance (Warner, $25.31), which tarnished the reputation of banjos indefinitely.

July 3:This is a quiet week with a humpday holiday, but Independence Day makes an appropriate time to release Born on the Fourth of July on a Blu-ray, DVD and digital copy three-pack (Universal, $19.98). It includes four featurettes, including a commentary by director Oliver Stone. Barbarella, Roger Vadim’s cult cocktail of sex, camp and wit, makes its trashy Blu-ray debut today as well (Paramount, $14.96). 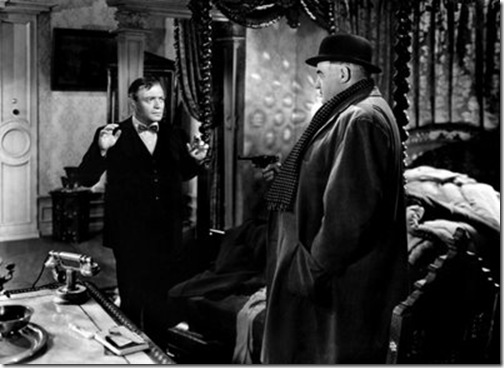 At 10:30 a.m. June 11, Josef von Sternberg plumbs the sordid depths of China in The Shanghai Gesture, a Gene Tierney vehicle that is out of print on DVD. At 1:30 a.m. June 12, check out the 1944 noir The Mask of Dimitrios, which has yet to see a proper DVD release. In this film, the gumshoe is a mystery writer played by Peter Lorre.

I’m most interested this month in The Sid Saga, Parts 1 to 3, which has never been released on home video. It’s a 90-minute autobiography of ex-vaudevillian and amateur filmmaker Sid Laverents, whose stage act used to be playing several instruments at once as a “one-man band.” He also made a number of unreleased experimental shorts, but never received his due while he was alive (He died at age 100 in 2010). The Sid Saga, completed over four years in the 1980s, chronicles his fascinating life and the virtual century in which he lived it.

John Ford fans should set their DVRs for two screenings of the master’s films in early July, both of which are not on DVD. Two Rode Together, a Western with James Stewart and Richard Widmark, will show at midnight July 6, and 7 Women, his wonderful final film, about missionaries in China in 1935, screens at 6 a.m. July 7.

Editor’s note: This article has been updated to correct a factual error.

Film: Playwright August Wilson began his chronicle of the African-American experience throughout the … END_OF_DOCUMENT_TOKEN_TO_BE_REPLACED

Film: Just in time with the opening of movie theaters in Palm Beach County comes the season’s most … END_OF_DOCUMENT_TOKEN_TO_BE_REPLACED

Music: The very last concert Franz Joseph Haydn attended in his life was in March 1808, about a year … END_OF_DOCUMENT_TOKEN_TO_BE_REPLACED