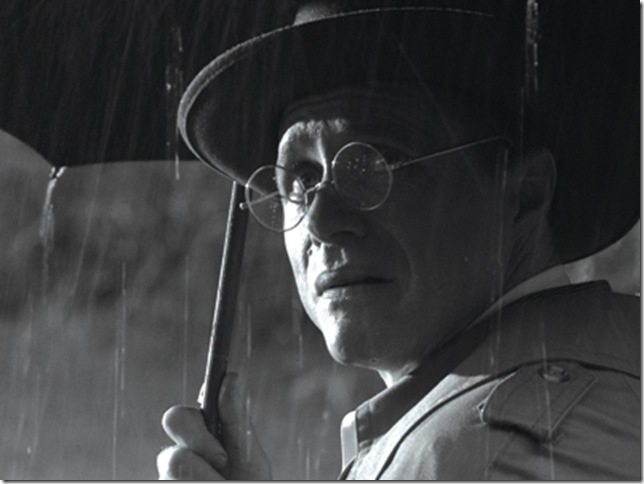 Everything old is new again. In 2005, The H.P. Lovecraft Historical Society commissioned a film adaptation of the sci-fi’s master’s classic The Call of Cthulu. Since the book was written in 1927, the filmmakers shot their picture contemporaneously as a silent film. Outside of the eccentric canon of Guy Maddin, this idea was almost unheard-of then, and even post-Artist, silent films are box-office gambles.

The production team shot Cthulu in its trademarked “Mythoscope” process, mixing vintage and modern techniques so that the product resembled, as best it could, a lost sci-fi film unearthed from 1920s Hollywood. Now, the same production company is back for another elaborate Lovecraft adaptation, and like its predecessor, it remains ostensibly faithful to the film history of the moment.

Based on the 1931 Lovecraft story, The Whisperer in Darkness (Microcinema, $30 Blu-ray, $19.99 DVD) is supposedly filmed in the manner of an early ’30s monster movie (a la Dracula, King Kong). It’s shot in black-and-white and contains a primitively scary score and a credit sequence that mirrors the fonts and typographical quirks of movies from the period.

But here’s the problem, as with Cthulu: These movies were shot in hi-def video, and they look as polished as a Pixar title. “Modern” and “vintage” are diametrically opposed approaches, and the newer technology dwarfs the movie’s throwback elements. The Artist and Maddin’s The Saddest Music in the World work as well as they do because they were shot in 35mm film (remember that?), whose density and graininess helped replicate the world of antiquated cinema with dazzling accuracy.

So the concept that supposedly makes these Lovecraft films unique is a fallacy; The Whisperer in Darkness looks nothing like a vintage Universal monster flick. That being said, this is still a commendable piece of cinema. Story-wise, this is indeed a loving homage to the science-fiction films of another era. Matt Foyer plays Albert Wilmarth, a fusty folklorist and academic who looks askance at every myth and legend he studies.

He’s soon shaken from his skepticism when a panicked young man approaches him about some strange footprints in his father’s Vermont farm – suggesting a sinister race of extraterrestrial creatures that have been around a lot longer than humans. A visit to the old man’s farm yields much FX wizardry, including disembodied heads communicating through radio waves, giant grasshopper-like villains and an escape in an authentic period biplane, all at the service of a brazenly cynical meditation on cults.

Director Sean Branney – who also plays one of those disembodied heads – delivers his laughs, suspense and plot revelations straight, without the smirking irony of a post-MST3K picture like The Lost Skeleton of Cadavra. When a backwoods, Deliverance-esque Vermonter with a shotgun remarks, “We don’t get many visitors around here,” he utters it like it’s never been uttered before; and in ’31, it probably hadn’t been.

The Whisperer in Darkness was made by a team of lifelong Lovecraft nerds seeking to properly honor their man, and even with a controversial third act added to Lovecraft’s story, his admirers should be pleased with this ambitious effort. They should also drink in this release’s generous bonus disc of supplemental material, which includes a painstaking and playful dissection of every element of the filmmaking process. 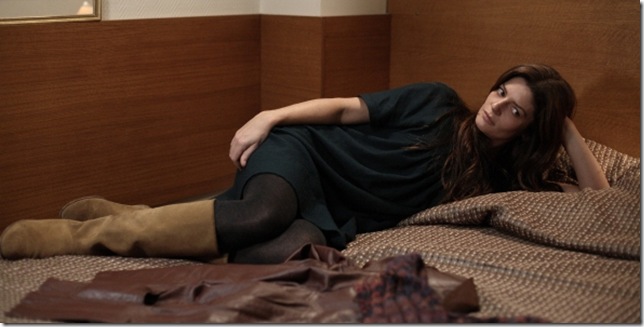 July 10: In Making Plans for Lena (Kimstim, $27.49), a three-year-old film from the great French auteur Christophe Honoré, Chiara Mastroanni delivers a charged, increasingly untethered performance recalling Gena Rowlands’ committed work for John Cassavetes. Mastroianni plays the title character, a passionless, divorced mother of two who feels beaten down by the world around her. She’s hypercritical and alienating to the extended family that tries to help, but with family like hers, you can’t often blame her. An intermittently funny, bravely downbeat character study, Making Plans for Lena demonizes no one, finding novelistic nuance in even the minor characters and leaving us wanting much more about all of them. A lengthy, adventurous, wordless detour dissects the film’s chronology in a radical manner befitting Honoré’s post-Nouvelle Vague approach. Fantastic.

Also out this week, and more interesting in theory than in practice, is the silent dramedy The Saphead (Kino, $27.43 DVD, $25.99 Blu-ray), which enjoys a footnote in history for being the first feature film starring Buster Keaton. Well, costarring anyway; Keaton is just one piece of a busy ensemble. Directed by Herbert Blache and Winchell Smith, this 1920 adaptation of a play features Keaton as the pampered son of well-heeled one-percenter, trying to woo his father’s live-in ward while his sister’s corrupt broker of a husband threatens to destroy the family’s finances. The movie makes pleasant mockery of the ultrarich, but it’s awfully light on comic inspiration; Keaton’s rubbery pratfalls and deadpan ability to absorb life’s bombardments – already evident in some 15-plus one-reelers – are seldom employed. The Saphead has its moments, but it’s largely a soggy piece of toast. This disc, however, is chock full of highlights for the avid film buff. It includes a second, alternative version of The Saphead – apparently, it was common practice in the silent-film era to shoot different versions for domestic and overseas distribution – with slightly different shots and movements. There’s also a rare audio recording of Keaton discussing the days of his vaudeville youth. 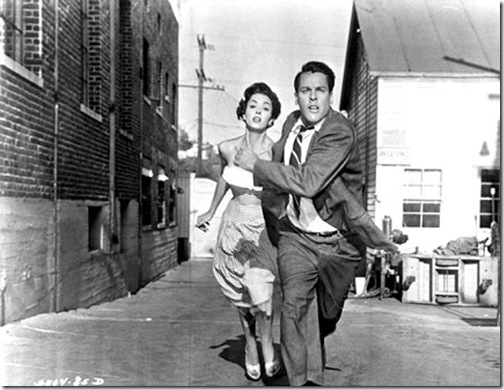 July 17: In Don Siegel’s original, pioneering and oft-remade Invasion of the Body Snatchers, on Blu-ray this week from Olive Films ($19.99), an “epidemic of mass hysteria” has invaded a California town, and you know the rest: Giant seedpods have landed from outer space, they’ve taken forms, and they’re spreading – turning everyone into passionless cogs in their grand plan. Join them or die. These days, the film’s well-documented Communist allegory comes off as heavy-handed, with the script littered with obviously coded language. But this is still a riveting science-fiction film, lean and compact at 80 minutes, all the way to its fever dream of a climax. Cautionary tale or not, Body Snatchers boasts the kind of existential dread that transcends metaphor. The Blu-ray image looks gorgeous, but there are no extras on this stripped-down disc.

Speaking of Blu-ray reissues, Jim Jarmusch’s Down by Law (Criterion, $24.49) is perhaps the only movie about a prison break in which the actual prison break is never shown. Cementing his low-budget strangeness after the breakthrough success of his Stranger Than Paradise, Jarmusch’s follow-up is one of his cultiest pictures, a black-and-white deadpan fantasy pairing three unusual performers – Tom Waits, Roberto Benigni and John Lurie. Funny and unforgettable, this edition is loaded with extras, though they’re all carry-overs from Criterion’s DVD release. Other Blu-ray premieres this week include Mean Streets (Warner, $14.95) and Singin’ in the Rain (Warner, $13.86); the latter arrives in a brand-new 4K digital transfer in honor of its 60th anniversary. 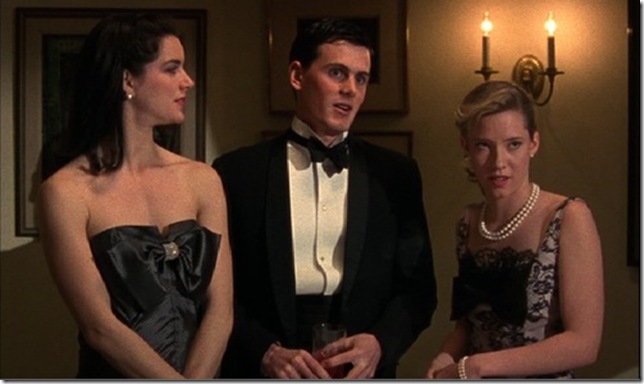 July 23:Whit Stillman, one of the most erudite writer-directors (with emphasis on the writer part) to emerge in the past quarter-century, makes smart, delicate movies about the romantic failings of loquacious yuppies, chronicling their mores as effectively as Raymond Carver did the middle class. This week, two of Stillman’s grand total of four movies arrive on Blu-ray from Criterion, at $27.99 each. Metropolitan is his auspicious debut, set in the snooty/charming New York City debutante scene of the early ’90s, and The Last Days of Disco jumps back about 10 years earlier to study privileged partiers at the precipice of a cultural decline. Also available this week is my favorite English-language film of the year so far: Terence Davis’ The Deep Blue Sea (Music Box, $34.99 Blu-ray, $24.99 DVD), a hazy, aching dream of a film about repression, delusion and unrequited love, featuring an award-worthy performance by Rachel Weisz. 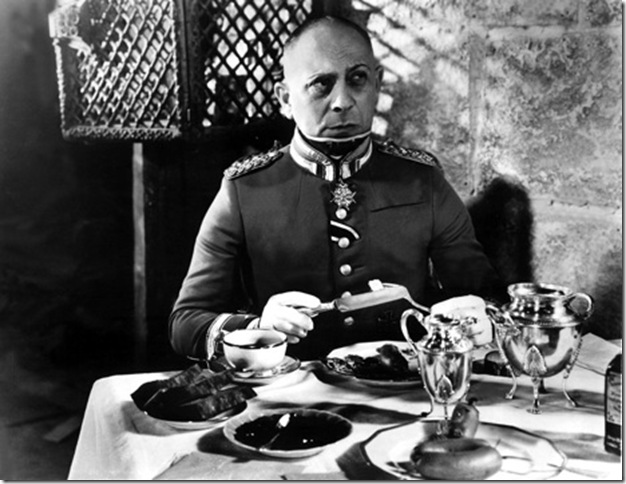 July 31:This week, Lionsgate is releasing two Blu-ray titles that couldn’t be more different from one another, but both are worth reliving in hi-def. The Grand Illusion ($26.93) is Jean Renoir’s timeless classic about French soldiers escaping a German POW camp in World War I, and Total Recall ($9.86) is Paul Verhoeven’s pulpy science-fiction vehicle for Arnold Schwarzenegger. With the Colin Farrell remake due in theaters Aug. 3, there’s no better time than the present to revisit the original. And lastly, the Forever Marilyn box set (Fox, $73.86) packages seven of the damaged diva’s movies on Blu-ray: The Misfits, Some Like It Hot, There’s No Business Like Show Business, River Of No Return, Gentlemen Prefer Blondes, How To Marry A Millionaire and The Seven Year Itch.

Film: Playwright August Wilson began his chronicle of the African-American experience throughout the … END_OF_DOCUMENT_TOKEN_TO_BE_REPLACED

Film: Just in time with the opening of movie theaters in Palm Beach County comes the season’s most … END_OF_DOCUMENT_TOKEN_TO_BE_REPLACED

Music: The very last concert Franz Joseph Haydn attended in his life was in March 1808, about a year … END_OF_DOCUMENT_TOKEN_TO_BE_REPLACED