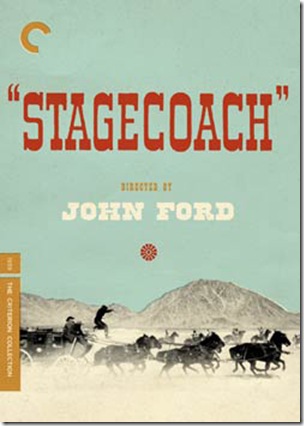 As the legend goes, John Ford’s Stagecoach established the Western as an A picture, reviving it from its creatively moribund inception as disposable, one-dimensional nickelodeon fare and elevating it to the lofty standards of Whitmanesque poetry and pre-Wellesian compositional virtuosity that all of our great Westerns, from Red River to Unforgiven, now possess.

With the hindsight of an endless canon of these great Westerns, each of them one Netflix click away, it’s difficult for most viewers today to imagine what Westerns were like before Stagecoach. Because we remember the classic Westerns through the films of the masters – Howard Hawks, Anthony Mann, William Wellman and Ford, with his Monument Valley landscapes – we tend to forget how forgettable most of their genre antecedents were, and how important Stagecoach was. It was Ford who first visualized the Western as the iconic bedrock of uncharted American civilization and first gave its characters psychological complexity. Oh, yeah: and he kinda discovered John Wayne as a leading man, too.

With Stagecoach hitting stores in an outstanding 2-disc Criterion release, it’s a great time to reacquaint yourself with this epochal picture. These days, we can see that its deceptively simple story about a handful of familiar-seeming characters aboard a potentially hazardous stagecoach ride through the American West was well ahead of its time. Stagecoach was one of the earliest examples of the road movie, and the premise of clashing archetypes confined to an enclosed space established the template for every reality show long before televisions were even in common use.

Furthermore, Stagecoach was subversive in that it was an action-centric genre with little action. The first gunplay sequence, the famous shootout scene that pitted the weary travelers against Geronimo’s Apaches, doesn’t come until 70 minutes into the 98-minute film. Almost the whole film is building character, not plot, and during that time Ford balances crudeness with beauty and surprisingly bawdy humor with enormously affecting empathy. And every shot is framed like a painting, with Ford’s marvelous deep-focus photography going on to inspire Orson Welles, who recruited Ford cinematographer Gregg Toland to film perhaps the most exquisitely filmed black-and-white movie ever made in Citizen Kane.

As always, Criterion’s supplements are a comprehensive feast, spanning the technical, historical and theoretical aspects of the film and its director. The most prized extra included here, for the first time on DVD, is Ford’s 1917 silent feature Bucking Broadway, an early culture-clash Western comedy. From the technical side, we get a nice tribute to Stagecoach’s legendary stuntman Yakima Canutt, and from the revealing historical side, Ford’s grandson Dan discusses his grandfather’s intertwining personal and professional relationships aboard his fabulous boat, which we see in priceless home-movie footage.

One of the most interesting, if occasionally eye-rolling, supplements, is Ford author and theorist Tag Gallagher’s video essay Dreaming of Jeanie, a creative remixing of Stagecoach clips with his own insertions, repetitions, superimpositions and semiotics-laced interpretations, which can be as pompous as they are illuminating. Some of his more pretentious, obsequious nuggets: “Has there ever been a bigger shot in movies before this one? Vast, like our aspirations in life.” “Every shot is a movie all by itself.” I love theory as much as the next cinephile, but the compositions, editing and spatial depth of Ford’s seemingly invisible directorial hand are so self-evidently brilliant that such deconstructionism is unnecessary and risks reading too much into things.

An essay like Gallagher’s is something Ford would no doubt scoff at. In my favorite of all the bonus features, we get to hear an hourlong 1968 interview with the man himself, conducted by British journalist Philip Jenkinson. Many of his questions, most of them commendable, are mocked by the prickly Ford, notorious for being a tough interview. Early on, Ford tells Jenkinson “I’m not interested in movies. It’s a way of making a living.” Like Howard Hawks, who, in a late-period interview for Turner Classic Movies, shrugged at the thought of Cahiers du Cinema critics like Andre Bazin and Francois Truffaut analyzing his movies as great art, it seems Ford never saw himself as anything but a craftsman. We’ve been arguing otherwise for decades, and we show no signs of slowing down. 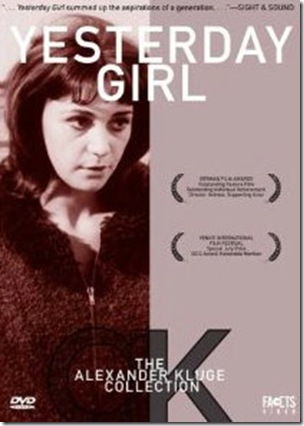 FACETS’ long-awaited series of Alexander Kluge films begins this month with Kluge’s first feature, 1966’s Yesterday Girl. Kluge was one of the pioneering figures of the New German Cinema – Yesterday Girl predated the first features of arthouse heavyweights Rainer Werner Fassbinder and Wim Wenders – yet he is largely unknown in the West. FACETS is hoping to change that. The distributor is releasing 16 Kluge films, one a month beginning this week. Yesterday Girl reveals Kluge to be a visionary right from the start, his provocative style borrowing as much from the radical playfulness of Godard and early Truffaut as it does the associative montages of Eisenstein and the surrealistic shocks of Buñuel. Naturalistic in its presentation and fragmented in its storytelling, Yesterday Girl employs unexpected intertitles, silent-film collages, stop-motion animation and more, proudly treading on conformity as it follows Anita (played by the director’s sister, Alexandra), a petty thief and lost soul adrift in Germany’s postwar economic miracle. Anita is a cipher of a protagonist, but the film exudes life through her various encounters, which involve a dalliance with a politician, forays into philosophical thought and several inquiries into the morality of Germany’s judicial system. This is thinking-person’s cinema all the way, and I can’t wait for the future releases from this unsung titan. 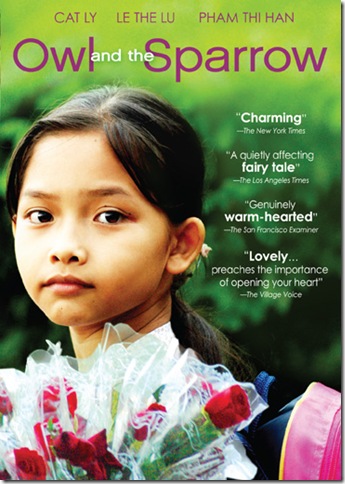 Owl and the Sparrow (Image Entertainment)

Tremulous handheld camerawork and naturalistic, on-location settings give an authentic air to this touching Vietnamese fairy tale about a wide-eyed, inquisitive girl laboring in her tyrannical uncle’s bamboo-blind factory after the death of her parents. That is, until she flees to the big city of Ho Chi Minh, selling roses to make a living until she decides to play cupid to two lonely city dwellers: A zookeeper whose fiancée abandoned him, and a sweet but promiscuous flight attendant having a passionless affair with a married man. The film’s heart is as big as its budget is small. It’s a lovely little romance about second changes, told in a minor key – it’s so charming that even the film’s overly sentimental, third-act Hollywood trappings can’t quell the honesty that runs through it. 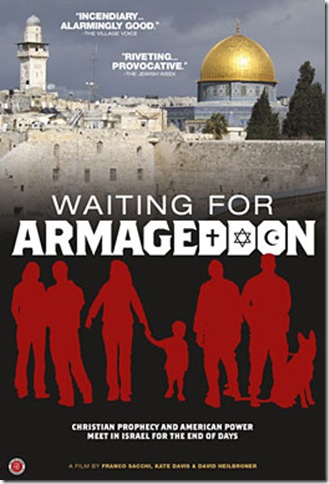 Tackling a subject of enormous breadth in a scant 74 minutes, this documentary directed by Kate Davis, Franco Sacchi and David Heilbroner examines the theories of rapture, tribulations and Armageddon that America’s 50 million evangelical conservatives ascribe to. The filmmakers interview religious leaders and extremist congregants who believe literally in metaphysical phenomena that much of the remaining population would consider nuts, and they do so without a shred of editorializing or condescension — making Waiting for Armaggedon a more mature and compassionate work than Bill Maher’s unbearably smug Religulous. In addition, the film travels to the past – and, evangelicals would argue, future – Biblical battleground of Jerusalem, exploring the complex relationship between fundamentalists Christians and the holiest of Jewish holy lands. It’s all fascinating and revealing stuff, but it’s insufficiently comprehensive. For a movie with three credited directors, there simply aren’t enough sources to paint a complete picture of a movement.

Film: Playwright August Wilson began his chronicle of the African-American experience throughout the … END_OF_DOCUMENT_TOKEN_TO_BE_REPLACED

Film: Just in time with the opening of movie theaters in Palm Beach County comes the season’s most … END_OF_DOCUMENT_TOKEN_TO_BE_REPLACED

Music: The very last concert Franz Joseph Haydn attended in his life was in March 1808, about a year … END_OF_DOCUMENT_TOKEN_TO_BE_REPLACED