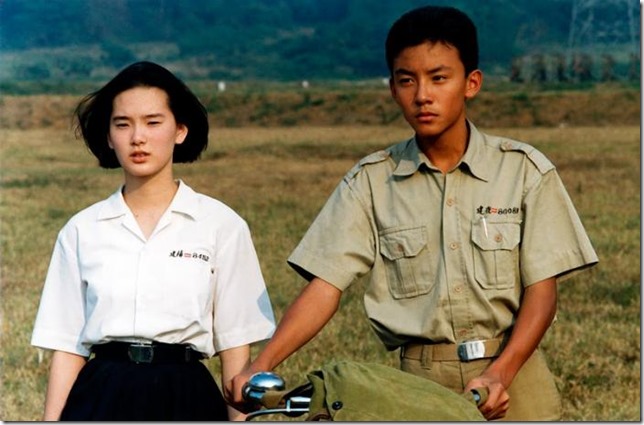 Lisa Yang and Chang Chen in A Brighter Summer Day (1991).

A Brighter Summer Day: Since it premiered in 1991 only to be rejected by major film festivals, Edward Yang’s 236-minute feature (Criterion, $26.19 Blu-ray, $20.39 DVD) has been unavailable on home video in North America. Finally unveiled in American theaters two decades later and lauded by the few who attended this belated release as one of the greatest films of the ʼ90s if not the 20th century, its reputation as an almost apocryphal masterpiece precedes it. So major props are due to Criterion for finally restoring and releasing this sprawling Taiwanese period piece for a limited but dedicated audience.

A truncated version running three hours and another spanning 127 minutes have been screened in certain cities over the years, but the director’s cut is most certainly worth the wait: Every minute is important in this richly textured portrait of unraveling Chinese youth in Taiwan in at the dawn of the 1960s, shot with more than 100 first-time or amateur actors.

Xiao Si’r (Chang Chen), the teenaged son of a midlevel government official whose family fled the Chinese mainland at the Communist takeover, finds himself adrift in an increasingly westernized Taiwan — finding his cultural identity, like so many rootless peers, in a youth gang. Events spiral out of control amid jealousies over girls and spats over turf control, leading to a series of cascading tragedies.

Yang fills every frame of his minimalist story with maximal detail, shooting in deep-focus, matter-of-fact single takes that render the violence all the more horrifying and the beauty all the more poetic. Yang’s eavesdropping camerawork frames his characters at a perpetual distance, partitioned by doors and windows and fences, suggesting that they’ve fled one prison for another. Unusual camera choices abound: In a verboten moment between Si’r and love interest Ming (Lisa Yang), who is still beholden to the gang’s charismatic if absent leader, the director pans to a close-up of a door, their reflections barely visible on its surface, as if even Yang feels the need to offer his characters discretion. And a nocturnal schoolhouse massacre with samurai swords is implied rather than fully depicted, a messy bloodbath lit only by the assailant’s flashlights, candles and a swinging hook light.

More an accumulation of moments than a straightforward narrative, A Brighter Summer Day explores the cosmic through the microcosmic, juxtaposing randomness with causality, nature with nurture, the explicable with the inexplicable, and the preventable with the inevitable. Marrying West Side Story tragedy with the sweep of The Godfather, it’s a film to be cherished, studied and — yes, even at four hours — surely watched more than once to absorb its impact. Criterion’s indispensable two-disc set will help you navigate its many byways, through supplements such as a new interview with Chang Chen, a 2002 documentary about the New Taiwanese Cinema movement, a videotaped performance of Yang’s play Likely Consequence, an audio commentary by film critic Tony Rayns and an essay by Godfrey Cheshire. 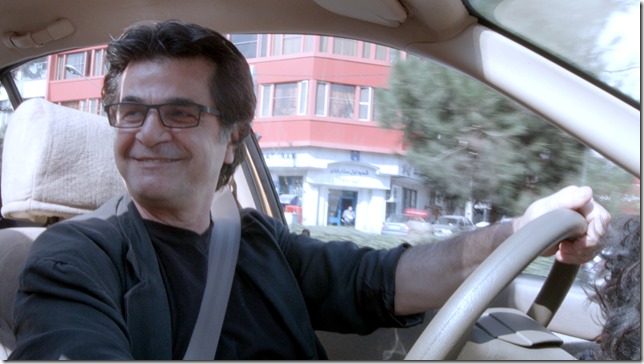 Taxi: Jafar Panahi’s third feature since the Iranian government banned him from making movies in 2010, Taxi (Kino, $22.19 Blu-ray, $18.99 DVD) is at once a sly inside joke, a treatise on ethics in life and in filmmaking, and a quietly potent rage against the machine. And it offers further proof that artists will create art even when stripped of their tools.

Written and directed by Panahi but frequently blurring the lines, as his best films do, between documentary and fiction, Taxi features the director impersonating a cab driver as he navigates the streets of Tehran, graciously picking up a representative, if peculiar, cross-section of Iranian life: a law-and-order male passenger and a empathetic female rider who engage in a debate about criminal justice, a bleeding bicyclist fresh off a collision with a car, two harried Iranian yentas carrying a fishbowl, a distributor of contraband cinema (which is most cinema in Iran; one “dangerous” film he mentions is Midnight in Paris), and a human-rights lawyer en route to visit a political prisoner who has embarked on a hunger strike.

Perhaps most significantly, he also picks up his niece Hana from school. She’s taking a film class, and is looking for inspiration for a short film that addresses a substantial issue while adhering to the byzantine limitations imposed on the Iranian film industry: No “good guys” can wear ties, no contact between men and women, no depictions of “sordid realism,” and so on.

Taxi, as a work of inherent illegality, addresses these strictures in its own restricted way. Panahi’s unnamed fares explore issues of the law, society, opportunity, responsibility, changing mores and civics, while contributing to a subtly orchestrated entertainment that is jolting, suspenseful, digressive and very funny. It’s all as meta as can be, with the actors in Panahi’s mobile studio openly referencing his previous films Crimson Gold, The Mirror and Offside.

Its central moment involves Hana’s complicity in shaping a short “documentary” scene outside her car window into the fiction she prefers. “Real, unreal, it’s all beyond me,” she exclaims in bemused exasperation late in the film. Taxi is the latest surreptitious example of Panahi’s career-long erasure of the distinction between these two modes. 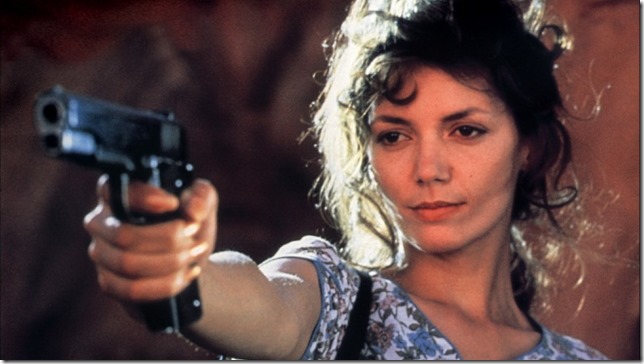 Kill Me Again: Like his similarly Southwestern-set Red Rock West, John Dahl’s 1989 debut (Olive, $12.99 Blu-ray, $10.09 DVD) is a black-hearted neo-noir that reverentially remixes classic private-eye pulp. Val Kilmer is cut-rate Reno P.I. Jack Andrews, his name in large letters on a hammered-glass door that happens to be partially busted: He’s in debt to the tune of $10,000, with a broken pinky finger serving as his reminder.

Lucky for him, there’s a leggy femme fatale (Joanne Whalley-Kilmer, the star’s offscreen spouse) offering him just that amount to fake her death and supply her with a new identity, so as to throw her relentless ex-boyfriend (an efficiently blood-curdling Michael Madsen) off her track. To Jack, she’s a nice, pretty lady with an admittedly unusual offer, but as his partner puts it, as unironically as he can, “What’s the worst that could happen?”

Reno and Las Vegas have rarely looked tawdrier than under Dahl’s grimy lens, and that’s saying something. Kill Me Again is a movie submerged in sleaze and vice, with Kilmer’s baby-faced naivete played against a hellish backdrop where lust, avarice and revenge drive all actions — where love, forgiveness and virtue are quaint relics of yesteryear. On the run from the mob, loan sharks, the police, Madsen’s volatile psychopath, and occasionally the hot-blooded dish he’s been hired to protect, Jack is an imperfect avatar of moral rightness in a rotten world. Dahl’s whiplash-inducing flurry of third-act plot twists keep his fate in limbo all the way through to the explosive finish. 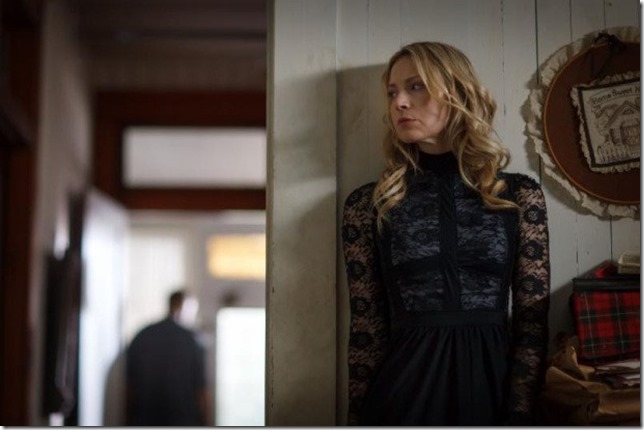 Intruders: Adam Schindler’s gruesome directorial debut (Entertainment One, $24.98 DVD) is, despite its faults, a novel spin on the formulaic home-invasion/survivor girl horror pic.

Thanks to a trauma linked to pedophilia, its heroine, Anna Rook (Beth Riesgraf), suffers from remarkably self-sufficient agoraphobia — she’s the easiest-on-the-eyes recluse the cinema has yet offered us — who hasn’t left her remote dwelling in 10 years, the latest of which have been consumed by caring for her cancer-stricken older brother, Conrad (Timothy T. McKinney). When Conrad dies, even his funeral can’t pry Anna from the domicile they shared together — much to the chagrin of the three thugs who break into her home that very day and find that the hermetic beauty is no wilting flower.

The fact that the character’s fears and anxieties prevent her from leaving an invaded house is the first of Schindler’s cascade of surprises. More gory, psychologically weighty twists come later, as Anna occupies the space of victim, avenger and sadist in equal measure, sending our moral barometers haywire. It runs out of steam a little too early for a 90-minute movie, and the expository, portentous dialogue is not a strong suit of screenwriters T.J. Cimfel and David White. But any bit of innovation in a genre this stale is more than welcome. 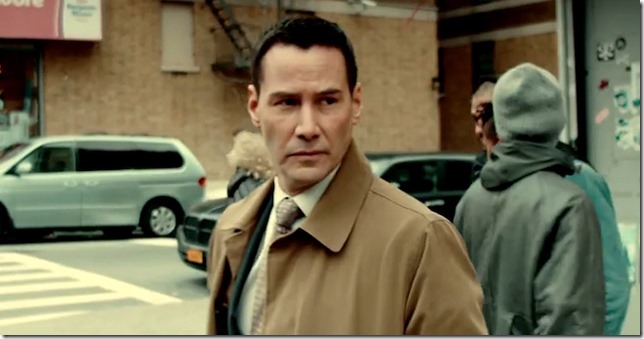 Scott investigates this mysterious passing with a blank relentlessness, which sees him cross paths and destinies with the saintly Isabel de la Cruz (Ana de Armas) — a devout Christian and elementary school teacher with a husband serving in Iraq — who, after a rendezvous with a suspect in the officer’s death, begins seeing ghostly apparitions levitating on subway tracks and visiting her on the street.

This awkward mix of religious parable and gritty urban crime drama wasn’t doomed from the start. Sins of the movie’s many fathers, from neglect to physical and sexual abuse, form a solid thematic connective tissue, and the conclusion pulls no punches in expressing the way we cope with trauma through processes of avoidance, denial and magical thinking.

But the movie fundamentally falters because Linton’s visual eye, his command of pacing, and his direction of actors have not been sufficiently developed, resulting in an inelegant flow of scenes tonelessly performed, with a facile reliance on leaden symbolism: a dropped wedding ring, an abandoned horse doll. In a film about alleged miracles, the most miraculous achievement of Exposed is that it manages to keep our interest until the final reel — just barely. 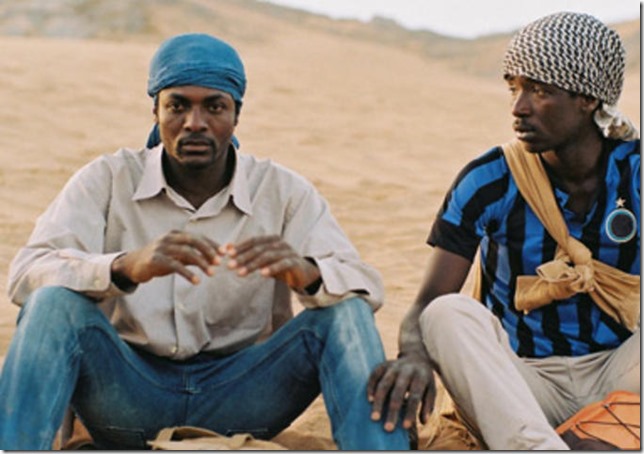 It’s a journey fraught with peril, from a treacherous desert trek through Libya to a thunderous voyage on a cramped, sputtering speedboat, with their number of fellow travelers decreasing along the way. Finally they arrive in Italy, picking fruit for a bigoted businessman and facing existential threats from their community’s nativist white gangs.

With roughly half the scenes appropriately cloaked in darkness, Carpignano’s debut feature is an impassioned howl of fury from the shadows of society — and a trenchant rebuke to the ideal of Europe as a land of opportunity and advancement. For Ayiva and Abas, who are frequently surrounded by the electronic noise of Western culture, their proximity to the modern comforts they’ll never enjoy themselves is excruciating for any bleeding-heart viewer to take. It’s also an easy emotional sell for First World audiences, and its messages can feel like homework. But an important movie that knows it’s important still has myriad advantages over the vacuous and the maudlin, and the writer-director deserves credit for humanizing immigration statistics.

Film: Just in time with the opening of movie theaters in Palm Beach County comes the season’s most … END_OF_DOCUMENT_TOKEN_TO_BE_REPLACED

Music: The very last concert Franz Joseph Haydn attended in his life was in March 1808, about a year … END_OF_DOCUMENT_TOKEN_TO_BE_REPLACED