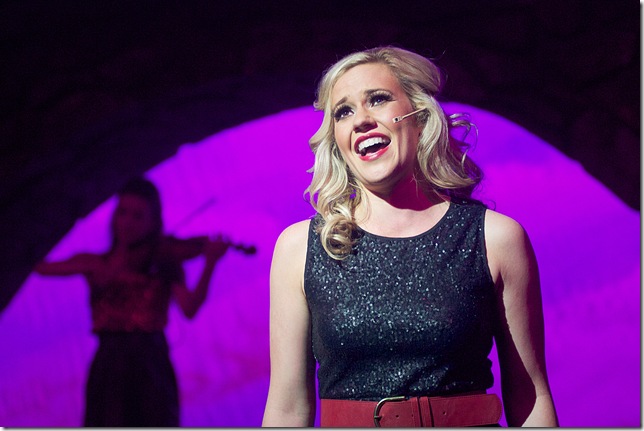 The song Ring of Fire marked a milestone in the life of legendary vocalist Johnny Cash. Recorded in March 1963, it rose to Number 1 and stayed there for seven weeks, the longest a Cash song would top the charts.

Minnesota-based Troupe America Inc. has gathered a talented eight-person cast for a national tour of Ring of Fire: The Music of Johnny Cash, the jukebox musical from 2006 that recounts Cash’s storied life in words and tunes.

The five-man, three-woman ensemble rolled into Boca Raton this past weekend for two shows at the Wold Performing Arts Center on the Lynn University campus. Welcomed as part of the Libby Dodson “Live at Lynn” series, the group has moved on to Pennsylvania and will head south again before wrapping up its tour Nov. 24.

Ring of Fire: The Music of Johnny Cash struggled when it debuted on Broadway and shut down after just 57 performances. But the ongoing allure of Cash — pumped up by the commercially successful Joaquin Phoenix-Reese Witherspoon film Walk the Line — has given the musical revue a new lease on life in smaller theaters around the country.

Exceedingly talented at singing, dancing and playing all types of instruments, the performers took the audience on a journey through the life of Johnny Cash, a life often defined by pain, poverty and struggle. This is great grist for songs and tales of Cash’s faith, family, passion, decline and eventual redemption. 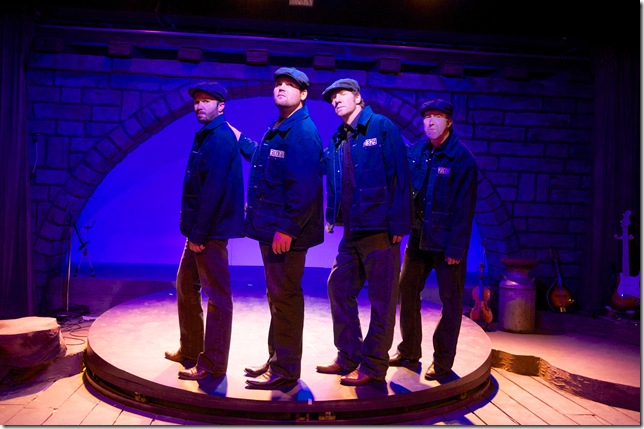 When the show opened, each cast member — Chad Willow, Amberly Rosen, Tim Drake, Candice Lively, Ed Abila, Chet Wollan, Steve Lasiter and Peggy DeLocier — introduced himself or herself by saying, “Hello, I’m Johnny Cash,” just as the man they celebrated did. But that was their only effort to emulate the country icon. Performers didn’t try to imitate Cash, but rather to dramatize his life by telling his story and inserting nearly three dozen of his songs at appropriate times to advance the narrative.

Country Boy told of his birth in Arkansas in 1932, son of a poor cotton farmer. Five Feet High and Rising, about the flood that destroyed the Cash family’s home and fields, was sung with dramatic pause by Drake, DeLocier, Lively and Lasiter. Daddy Sang Bass, a tune written by Cash, sent the cast to their instruments which, throughout the night, included all types of guitars, a ukulele, banjo, dobro, accordion, washboard and autoharp, among others. The song Ring of Fire featured two mariachi trumpets played in harmony.

A turbulent and very upsetting moment for the young Mr. Cash was the death of his beloved brother Jack, mortally injured in a saw blade accident. The event was tearfully acknowledged in Waiting on the Far Side Banks of Jordan, which also drew heavily on the audience’s tear ducts.

The tone brightened as Cash moved on to a recording career that started with Sam Phillips, who owned famed country music record label, Sun Records. Cash was part of the Million Dollar Quartet — along with Elvis Presley, Jerry Lee Lewis and Carl Perkins — Phillips’ biggest money-makers.

Before the end of Act I, Johnny had married his second wife, June Carter Cash, who rescued her often-errant husband from drug abuse and other dangers that beset musicians who live on the road. If I Were a Carpenter, Ring of Fire (beautifully done by Lively and Wollan) and Jackson helped seal the marital deal. 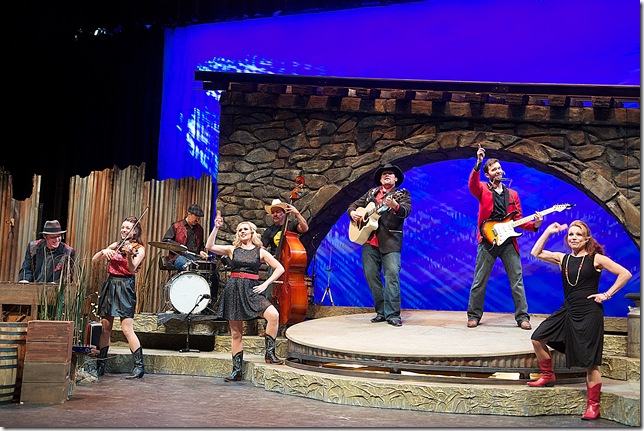 The Cash jukebox musical was performed on a set in front of weathered, rough-hewn railroad trestle which evoked the mood of the Man in Black. Fantastic fiddler Rosen appeared solo during intermission and performed Orange Blossom Special, the tune that told of the great train that went “rolling down that Seaboard line” into Florida. She played it with ever-increasing speed — as though the train were accelerating — without missing a note.

After opening with another fast-moving tune, I’ve Been Everywhere, the show settled into a tough and touching groove, offering Sunday Morning Coming Down, a Kris Kristofferson-authored tribute to beer-battled days and grim, lonely streets: “On a Sunday morning sidewalk/I’m wishin’, Lord, that I was stoned.”

The show sped on to Folsom Prison Blues, penned by Cash after seeing a documentary about the pen, and lingered on Man in Black, in which writer Cash says he wears long, black coats on stage to honor the poor, the hungry, the “prisoner who has long paid for his crime” and on behalf of those who have been betrayed by age or drugs.

The jukebox musical wrapped up with Wollan singing Cash’s antic rendition of Shel Silverstein’s A Boy Named Sue as an encore.

Though the audience did not give the cast the standing ovation they greatly deserved, they left either humming a Cash song or replaying in their heads the plunk-ditty-plunk guitar riff that will always be the singer’s musical signature.

Film: Just in time with the opening of movie theaters in Palm Beach County comes the season’s most … END_OF_DOCUMENT_TOKEN_TO_BE_REPLACED

Music: The very last concert Franz Joseph Haydn attended in his life was in March 1808, about a year … END_OF_DOCUMENT_TOKEN_TO_BE_REPLACED