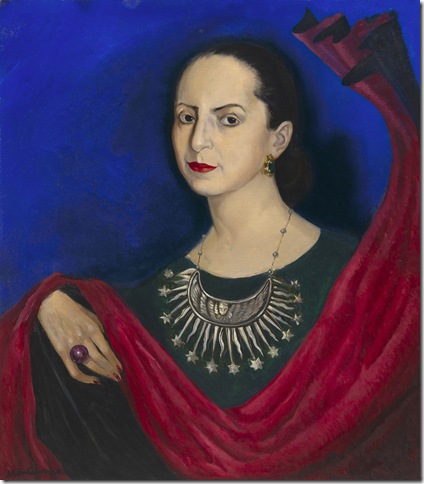 Fresh off its successful run at the Jewish Museum in New York City, the exhibit, Helena Rubinstein: Beauty Is Power opened April 21 at the Boca Raton Museum of Art, running through July 12 and organized by the Jewish Museum and curator Mason Klein.

Although not on the shelves these days, the Helena Rubinstein cosmetic brand was legendary until 1988 when it was bought out by the French cosmetics company, L’Oreal.

“‘Helena Rubinstein: Beauty Is Power’ explores how Madame (as she was known) helped break down the status quo of taste by blurring boundaries between commerce, art, fashion, beauty and design,” says Klein.

The title of the exhibit comes from one of Rubinstein’s early advertisements that touted “Beauty Is Power,” as its slogan in 1904.

On display are pieces from her eclectic art collection, photographs and portraits of Rubinstein dressed in high fashion by designers like Paul Poiret, Cristóbal, Balenciaga and Elsa Schiaparelli. Also showcased are vintage cosmetics, posters and promotional items as well as 12 drawings of her by Pablo Picasso.

Most striking is a silver sunburst necklace designed by William Spratling (that he called “the Rubinstein necklace”) that she wore for a portrait by painter Roberto Montenegro. Both the necklace and the portrait are on display at the museum.

A collector of fine art, Rubinstein incorporated high design and avant-garde concepts of the day into her packaging. 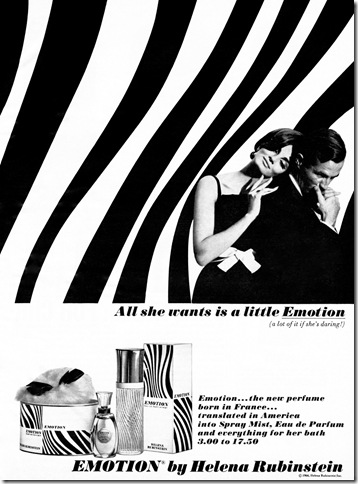 Born into an Orthodox Jewish family in Krakow, Poland, in 1872, Rubinstein emigrated to Melbourne, Australia, where she opened her first beauty salon and began selling sunscreen.

One of her inventions is waterproof mascara, which endures to this day.

Klein, the exhibit’s curator says, “At the turn of the century, the use of cosmetics associated with the painted faces of actresses and prostitutes was widely frowned upon by the middle class.” 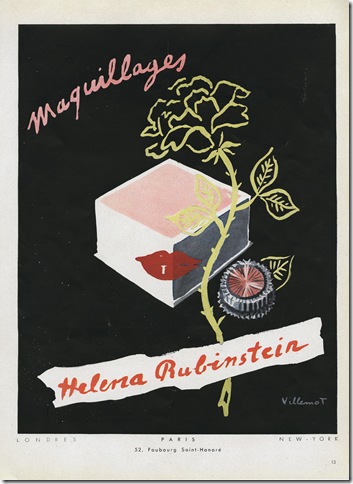 “A model of independence, Rubinstein rejected this, producing and marketing the means for ordinary women to transform themselves,” he says.

“Her businesses challenged the myth of beauty and taste as inborn, or something to which only the wealthy were entitled. By encouraging women to define themselves as self-expressive individuals, Rubinstein contributed to their empowerment,” Klein notes.

Down the hall from the Rubinstein exhibit is a video installation by and about another powerful woman: Shannon Plumb – performance artist, actress, director, mother and wife. 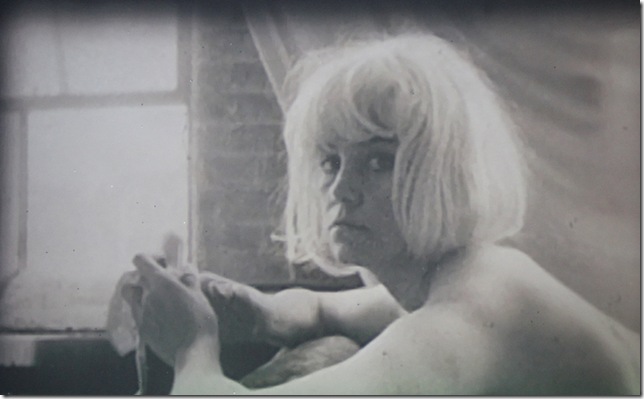 In Shannon Plumb: What a Character, Plumb creates a variety of vignettes and channels and reinvents the silent screen legends of Charlie Chaplin and Buster Keaton.

Using a Super-8 camera, Plumb takes on different personas — a bored stewardess, an Olympic athlete, a businessman and dog trainer.

“Shannon Plumb is a contrast to the Helena Rubinstein exhibit,” says curator Kathy Goncharov. “Shannon is dealing with a different take on beauty.”

“I hope the juxtaposition of the two exhibits will give people the opportunity to think more about beauty and what it means,” says Goncharov.

Plumb, 45, who is married to filmmaker Derek Cianfrance (Blue Valentine) turned one of her vignettes into a feature-length movie featuring her two real-life sons, titled Towheads.

“It’s like starting over with silent film,” Plumb said. “The comedy of the silent era never explored women’s issues – it’s so exciting to explore that now.”

“I feel like we’ve opened a universe that hasn’t been touched yet,” she says.

Helena Rubinstein: Beauty Is Power and Shannon Plumb: What a Character are on view now at the Boca Museum of Art. The Rubinstein show runs through July 12, the Plumb show through Aug. 23. Admission is $12; hours are 10 a.m. to 5 p.m. Tuesday, Wednesday and Friday, 10 a.m. to 8 p.m. Thursday, and noon to 5 p.m. Saturday and Sunday. Call 392-2500 or visit bocamuseum.org.

Film: Just in time with the opening of movie theaters in Palm Beach County comes the season’s most … END_OF_DOCUMENT_TOKEN_TO_BE_REPLACED

Music: The very last concert Franz Joseph Haydn attended in his life was in March 1808, about a year … END_OF_DOCUMENT_TOKEN_TO_BE_REPLACED