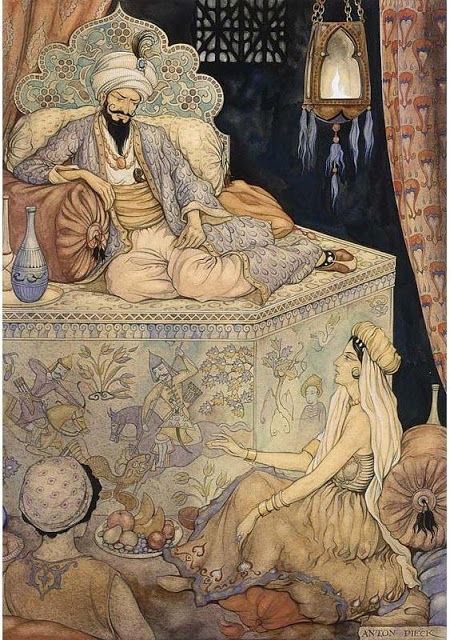 The current season of the Lynn Philharmonia, which ended April 17 with a concert at the Wold Performing Arts Center, has been largely triumphant.

Continuing on its path of notable improvement under the direction of conductor Guillermo Figueroa, the students of the Lynn Conservatory have displayed impressive chops and discipline in their concerts this year, which have been devoted to the theme of great literature as received in musical response.

This final concert, the sixth in the school’s series of two-performance outings, featured canonical works including four selections from Prokofiev’s score for Romeo and Juliet, and Nikolai Rimsky-Korsakov’s biggest hit, Scheherezade, as well as Handel’s Music for the Royal Fireworks.

It was an ambitious program, and the large audience at the Wold acclaimed it, particularly the Rimsky-Korsakov. But the concert fell short of the levels the Philharmonia reached earlier this season, though there was much fine music-making to be had that Sunday afternoon.

The opening work, the Handel suite, was the weakest of the three, and for two primary reasons: Inadequate brass playing and ensemble imprecision. Music this transparent requires even more rehearsal than the big Romantic works on the program because the balance is critical, and every note is clearly exposed.

The brass players, particularly the horns, were not up to the task, to put it bluntly. They almost never played accurately, and that cast a pall over the whole suite. You could hear the whole ensemble, which had trouble playing with precision throughout the work, slide out of tune after the horns exited in the wake of one of their fumble-throughs, and that made listening tough going.

But the less brassy parts of the suite were played with brisk, no-nonsense tempi and that special Handelian forthrightness that makes his music so appealing. Textures were cool and classic, and the upper strings brought off their busy work in the opening Overture with real gusto. Still, future performances of Handel will have to be more scrupulously rehearsed in order to do the composer justice. And it may be that the Lynn program will have to develop a different practice protocol for performing music of the Baroque.

Things were much better in the Prokofiev selections that followed. Here the orchestra played with color and resource, digging into that famous march tune in “Montagues and Capulets” with forcefulness, and achieving the right sense of ethereal radiance in the “Balcony Scene” music that came next. The “Death of Tybalt” came off well, too, with its blistering non-stop violin runs; Figueroa took this briskly, but not too briskly, which showed off his student charges to good effect.

The final selection, “Romeo at Juliet’s Grave,” also had some of the same sheen as the balcony music, offered up in a nicely balanced sonic environment. Throughout the suite, there was some fine solo work, particularly from the flutes early on.

Scheherezade took up the entire second half of the program, and as noted at the beginning, it made a strong impression. Overall, it had just what you wanted it to have: breadth, power and mystery, and a slowly growing sense of being absorbed in an unforgettable story as Rimsky’s many repeated motifs — differently orchestrated each time — pile up like patterns on a Caucasus textile.

Figueroa led the work with precision and sweep, and the Philharmonia’s ensemble work was admirably tight. Here, too, there was a good deal of fine solo work in the winds, and also from concertmistress Katherine Baloff, whose solo violin playing was lovely and accomplished. Instead of just rolling through the short cadenzas, she made something of them, giving the music poise and direction, and making it speak. There were intonation problems at the very end as the music reached its quiet close, which is another one of those details that could probably use some extra work in rehearsal.

Although this concert, as I mentioned early on, was not up to the level of the previous outings I attended, the Philharmonia has been playing much better under Figueroa than it has in earlier years. He is surely the right man for the job at this point, a superlative violinist himself who knows all the standard repertoire — he almost never uses a score — and can certainly guide his students who want to be orchestral players in the right direction.

Next year’s concerts, which number only five instead of six (the group also will be playing for the new Elmar Oliveira competition in early February), include a performance of Berlioz’s Romeo et Juliette, with soloists and the Master Chorale of South Florida (Feb. 25-26); Stravinsky’s Firebird (Sept. 24-25); Debussy’s La Mer (Oct. 15-16), and Figueroa as soloist in the Bartok Violin Concerto No. 2 (April 22-23). More information is available at 561-237-9000.

Film: Playwright August Wilson began his chronicle of the African-American experience throughout the … END_OF_DOCUMENT_TOKEN_TO_BE_REPLACED

Film: Just in time with the opening of movie theaters in Palm Beach County comes the season’s most … END_OF_DOCUMENT_TOKEN_TO_BE_REPLACED

Music: The very last concert Franz Joseph Haydn attended in his life was in March 1808, about a year … END_OF_DOCUMENT_TOKEN_TO_BE_REPLACED