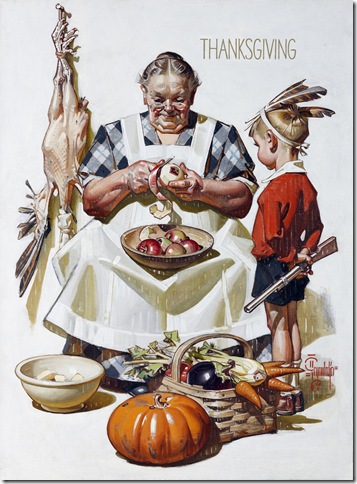 Art: This weekend, the Society of the Four Arts opens its first art exhibits of the season, both paying tribute to the illustration genre. Some of the most iconic American artists, such as Norman Rockwell, were primarily illustrators for some of the big-circulation magazines of the early to mid-20th century, and two of the others, J.C. Leyendecker and Howard Chandler Christy, are the focus of The Art of Illustration, which features works that originally appeared in places such as The American Weekly and the pre-Helen Gurley Brown Cosmopolitan. 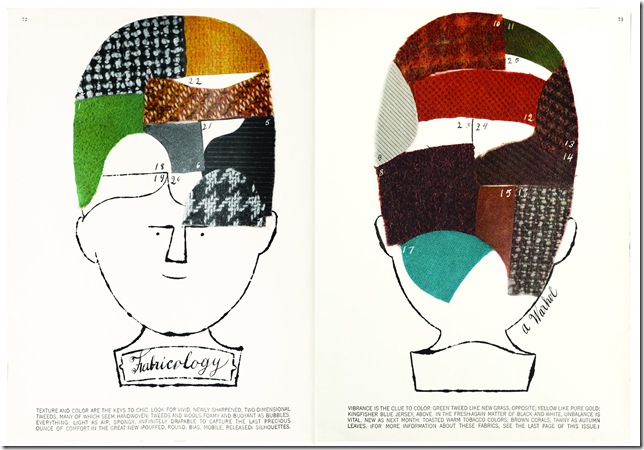 Also on show are works done for Harper’s Bazaar over a 13-year period (1951-64) by Andy Warhol. Apparently, few of the pieces he submitted exist in their original form, but the show will offer reproductions of Warhol’s work as it appeared in the magazine. Both exhibits run only through Jan. 15 at the Four Arts’ intimate O’Keeffe Gallery. Tickets are $5; hours are 10 a.m. to 5 p.m. Monday through Saturday, and 2 p.m. to 5 p.m. Sunday. Call 655-7226 for more information. 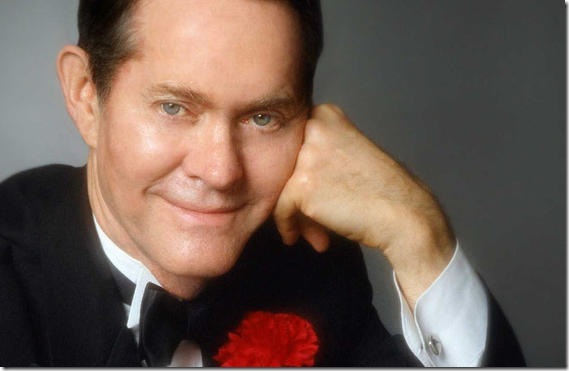 Cabaret: Through Saturday evening only, the Colony Hotel features the long-running fixture of New York’s Algonquin Hotel Oak Room, the piano virtuoso, raconteur extraordinaire and all-around leprechaun, Steve Ross. In this, his fourth visit to the Royal Room, he features the music and lyrics of Irving Berlin, “Russia’s greatest cultural export,” and composer of some 1,500 songs, all irrepressibly tuneful. Ross mostly sticks to the better-known numbers, though he tosses in plenty of obscure introductory verses and delectable anecdotes of the songs’ origin. And in case you do not care for Berlin, Ross tosses in a Noel Coward ditty — Don’t Put Your Daughter on the Stage, Mrs. Worthington — perhaps because he wears a decadent green velvet jacket once worn by Coward. 155 Hammon Avenue, Palm Beach. Music charge: $50. Three-course dinner: $55. Call: (561) 659-8100. 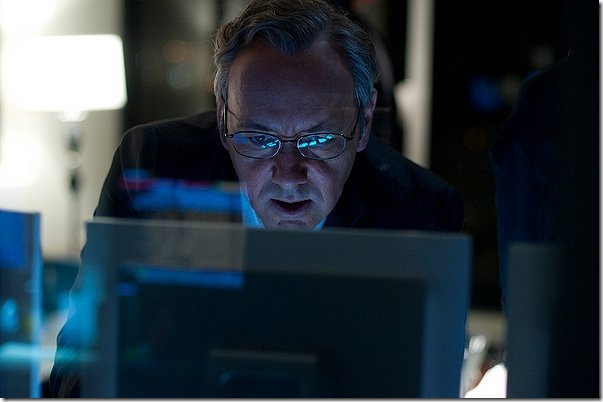 Film: What went on behind the scenes as the Lehman Brothers brokerage house melted down overnight may never be known, but chances are it s awfully close to events in Margin Call, writer-director J.C. Chandor’s chilling portrait of the financial industry and one fictional firm that self-destructs before our eyes. Chandor has a great ear for the doublespeak of Wall Street, enjoyable even if we are rarely sure what exactly is being conveyed. And either he is terrific with actors or he has a knack for casting, which pays off well with Zachary Quinto (Star Trek) as the young, quick-minded analyst who cracks the numbers game leading to the crisis and top-notch support from Stanley Tucci, Kevin Spacey and Jeremy Irons. Currently playing at Boca Raton’s Living Room Theaters and Lake Park’s Mos’Art Theatre. 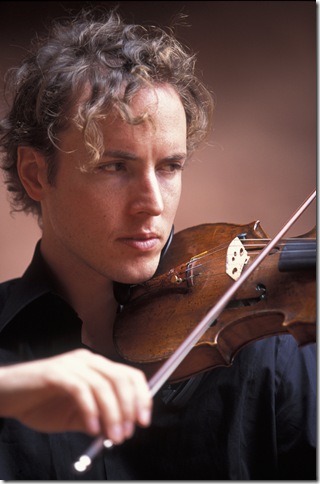 Music: The Boca Symphonia returns to the lists this weekend with the first concert of its season, featuring the American violinist Tim Fain in the Violin Concerto No. 2 (in G minor, Op. 63) of Prokofiev. The concert is set for 3 p.m. Sunday at the Roberts Theater on the campus of St. Andrew’s School in Boca Raton, and conductor Philippe Entremont has also chosen two rarely heard but worthy works: Mozart’s Serenata Notturna (K. 239) and the Symphony No. 2 (in B-flat, D. 125) of Schubert (tickets: $33-$59; call 376-3848).. Tonight, Entremont advances that concert with a recital appearance at the Steinway Gallery in Boca Raton to benefit the Symphonia’s new endowment fund. After a reception at 6:15 p.m., Entremont will be joined at 7:30 p.m. by violinist Misha Vitenson, violist Chauncey Patterson and cellist Christopher Glansdorp in Mozart’s Piano Quartet No. 1 (in G minor, K. 478.) Afterward, the company repairs to Arturo’s right down the street on Federal Highway for a benefit dinner if you want to nosh with Entremont (recital tickets: $50; dinner tickets: $125. Call 376-3848 for details).

The coming days also offer a spate of new music, including a world premiere.

Sunday afternoon, the Delray Beach Chorale celebrates 30 years of community music-making with pieces by Randol Bass (Gloria), John Rutter (Te Deum), Handel (choruses from Judas Maccabeus and Messiah), and the world premiere of A Song of Singing, by Steve Danyew, a composer who came to local attention through his work with Miami’s Project Copernicus. Danyew set his piece to a text by James Whitcomb Riley, and even gave a tour of it via YouTube. Eric Keiper conducts (3 p.m. Sunday, First Presbyterian Church, Delray Beach; tickets: $20; call 1-800-984-7282). 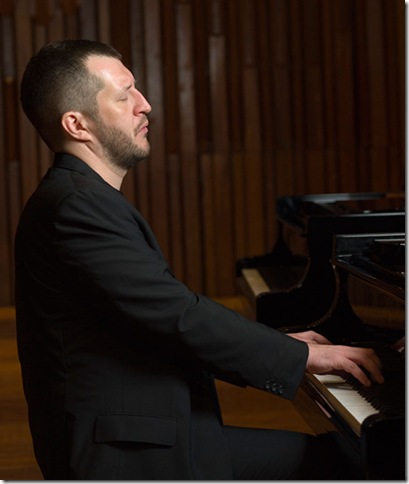 Perhaps the biggest new-music happening occurs Tuesday night with the arrival of the Emerson String Quartet, the reigning kings of the quartet genre. They’re bringing the Florida premiere of Four Quarters, the second string quartet by the British composer Thomas Adès. A four-movement tracking of the sun’s progress through a day, it’s dramatic, extravagantly expressive music, intense and vivid. The Emersons also will play the Quartet No. 67 (in F, Hob. III: 82) of Haydn, as well as one of the supreme works of the literature, the Beethoven Quartet No. 14 (in C-sharp minor, Op. 131). (If you don’t catch them this time, the Emersons will be back April 5 at Stuart’s Lyric Theatre, and on Feb. 26, two of its members, violinist Philip Setzer and cellist David Finckel, return with pianist Wu Han to the Society of the Four Arts for an afternoon of trios by Mendelssohn. (8 p.m., Kravis Center. Tickets: $20 and up. Call 561-832-7469 or visit www.kravis.org.) 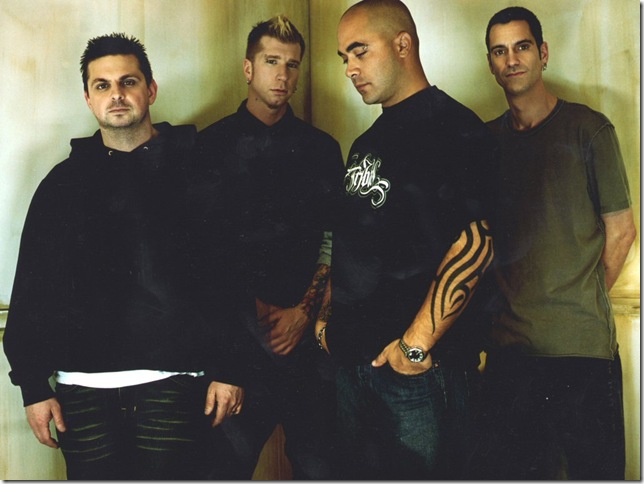 If alt-rock is your thing, Saturday brings us the all-day festival known as the Buzz Bake Sale. Sponsored by WPBZ-103.1 FM (The Buzz), it’s the 16th iteration of a fest that always features cutting-edge bands. This year’s lineup includes Staind, Seether, Everlast, Art of Dying, and Middle Class Rut, among others. The Buzz Nation will be gathering at the Cruzan Amphitheatre, where the music starts at 12:30 p.m. Tickets are $33, and available through ticketmaster.com. 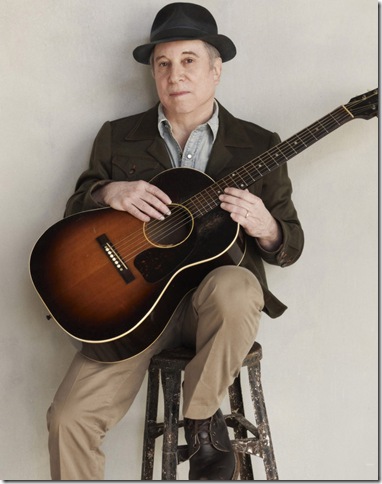 Later in the week, one of the titans of American pop, Paul Simon, promotes his new album, So Beautiful or So What, at the Hard Rock Live in Hollywood. Simon, who turned 70 in October, remains one of the country’s most beloved songwriters, as his rendition of The Sound of Silence at the 9/11 memorial dedication in September showed. 8 p.m. Tuesday. Tickets: $54-$154. Call 800-745-3000 or visit www.hardrocklivehollywoodfl.com.

Film: Playwright August Wilson began his chronicle of the African-American experience throughout the … END_OF_DOCUMENT_TOKEN_TO_BE_REPLACED

Film: Just in time with the opening of movie theaters in Palm Beach County comes the season’s most … END_OF_DOCUMENT_TOKEN_TO_BE_REPLACED

Music: The very last concert Franz Joseph Haydn attended in his life was in March 1808, about a year … END_OF_DOCUMENT_TOKEN_TO_BE_REPLACED