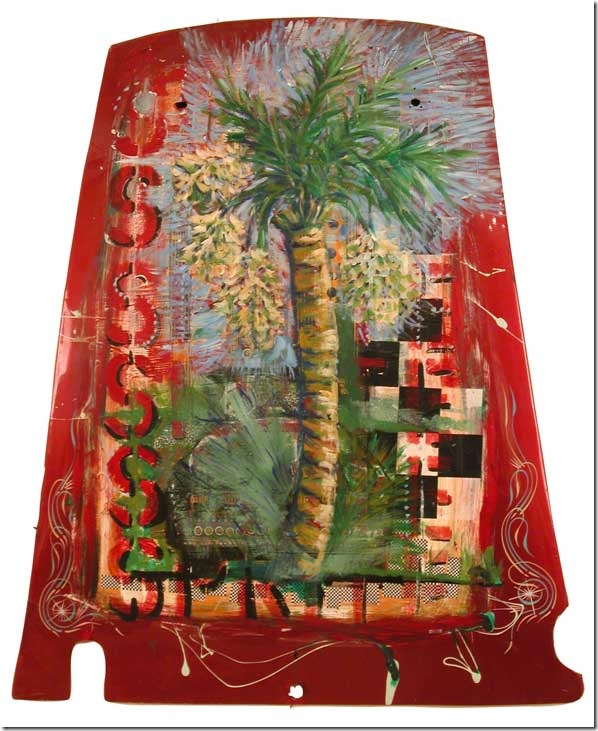 Art: This month at the Mos’Art Theatre in Lake Park, the featured artist is Judy Flescher, an accomplished abstract painter and collage artist who has received many awards for her unique style and imaginative material. She works primarily in mixed media, including acrylic with collage on canvas, paper and copper, mono

prints with collage, and watercolors with ink and oil stick. Flescher was trained at the Art Institute of Boston and earned her Bachelor of Arts from Framingham State College.

In 2004, she moved from Boston to Palm Beach Gardens with her husband, Harold, a retired nuclear physicist, whose lifelong avocation is racing sports cars. One of the most unusual pieces in the show is a painting of a palm tree on an Austin Healy Sprite car hood that Flescher salvaged from one of her husband’s cars. Mixt: Paintings by Judy Flescher will run through Feb. 3. Visit www.mosarttheatre.com, or call Mos’Art Theatre at (561) 337-6763.

Opening tonight at Whitespace, The Mordes Collection, is The Cruelty of Daily Youth, a show curated by Rebecca Heidenberg that consists of photographs and video created by Chinese young people. Today’s opening at the West Palm Beach art space runs from 7 p.m. to 10 p.m., with an entrance fee of $7. Reservations can also be made for public viewings on Jan. 23 and Feb. 20, and larger groups can also make reservations to see the collection. Proceeds benefit the Community Foundation of Palm Beach and Martin Counties. For more information, visit www.whitespacecollection.com or call (561) 842-4131. 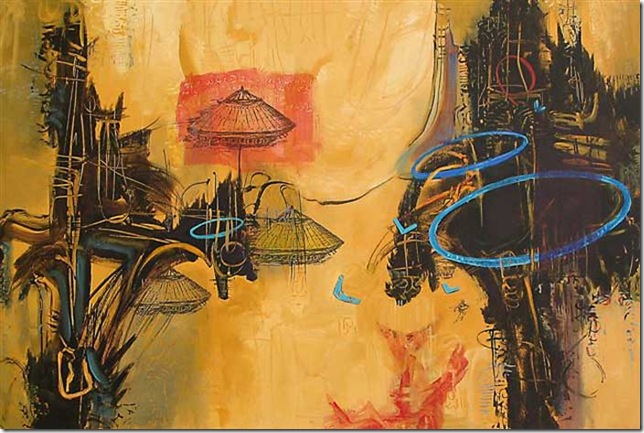 Next week, artist Lois Barton will be featured in an exhibit opening at Palm Beach Gardens City Hall. The one-woman show of Barton’s paintings and sculpture, called Reconstructed Memories, runs through Feb. 17. Barton, a Jupiter resident, works in many media, including clay, acrylic and encaustic. The show’s opening is set for 6 p.m. to 8 p.m. Wednesday at City Hall, 10500 N. Military Trail. Normal City Hall hours are 8 a.m. to 5 p.m. Monday through Friday. For more information, call Amy Stepper at (561) 630-1116.

And again in Palm Beach Gardens, the Art Gallery at the Eissey Campus of what will be Palm Beach State College in a few days presents The Art of Ink, an exhibit of work by contemporary calligraphers who reside all over the world. Incorporated in the 60 works are letter-writing, non-letters calligraphy and Western abstract calligraphy. Sun Wuk Kim will give a calligraphy demonstration from 5 to 6 p.m. at the opening reception on Tuesday, with the reception lasting until 8 p.m. The gallery is in the BB Building on the college campus; hours are Monday, Wednesday and Thursday from 9 a.m. to 5 p.m., Tuesday from 9 a.m. to 8 p.m. and Friday from 9 a.m. to 4 p.m. For more information, visit www.pbcc.edu/artgallerypbg.xml or call (561) 207-5015. – K. Deits 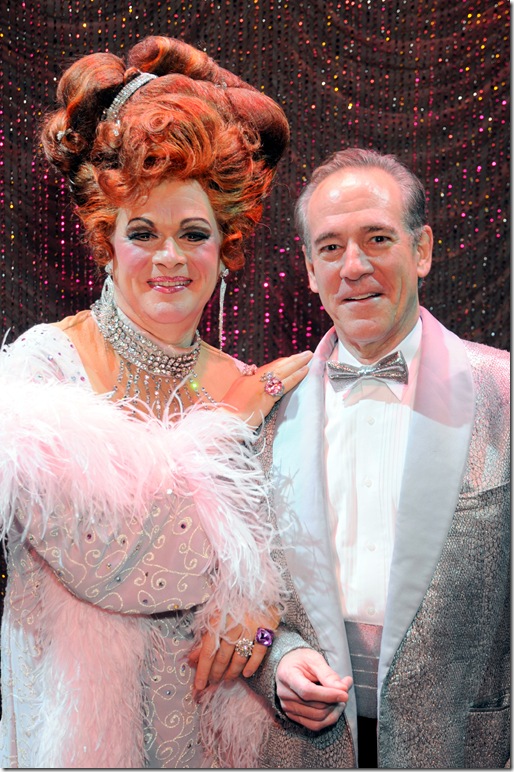 Theater: The Maltz Jupiter Theatre has made its reputation on big, splashy, mainstream musicals and they do not come more splashy or more mainstream than La Cage aux Folles, even though it is the story of an older gay French couple — a groundbreaking subject for the musical theater when the show premiered on Broadway in 1963. Mark Jacoby (from last season’s Sleuth) and John Scherer plays the nightclub emcee and his cross-dressing revue star “wife.” Songs, of course, are by Jerry Herman, so start humming away now. Previews begin Tuesday; the show runs through Jan. 31. Call (561) 575-2223 for tickets. – H. Erstein 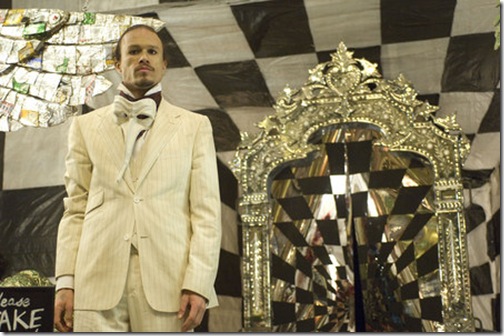 Film: Usually, we try to recommend good films, but even when director Terry Gilliam stumbles, as he does with his latest release, The Imaginarium of Doctor Parnassus, he is never less than compelling, because he fails on such a grand scale. Much of this movie is pretty incoherent — its plot concerns a sideshow wizard and his Faustian pact with the devil, we’re pretty sure — but there are also momentary bursts of visual brilliance. Inevitably, the film will be remembered for being the final celluloid record of the career of Heath Ledger, who died during production. His pals Johnny Depp, Jude Law and Colin Farrell fill in for him as a memorial tribute, in a way that is very touching. In area theaters beginning Friday. – H. Erstein 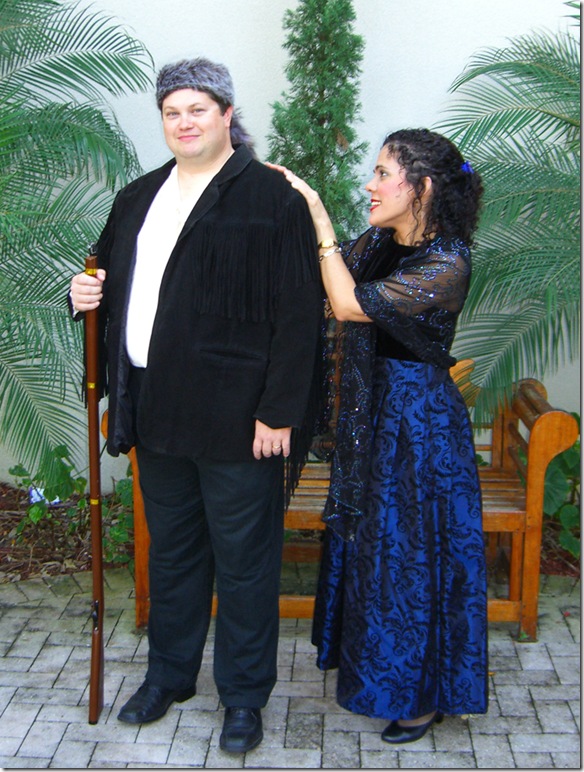 Music: The Palm Beach Light Opera Company, which made its debut last year with a production of Oscar Straus’ The Chocolate Soldier, returns this weekend with Victor Herbert’s Naughty Marietta, perhaps the best-known of the Irish composer’s operettas. Starring James Arnn as Capt. Warrington and Jacqueline Pimienta as Marietta, the show is set in frontier New Orleans in 1750, as Marietta, a countess on the run from her French home, becomes the love object of Capt. Warrington as well as Etienne, the son of the governor. The memorable score includes onetime concert and movie staples such as Ah, Sweet Mystery of Life, I’m Falling in Love With Someone, and Italian Street Song. Company founder Joseph Rubin said he wanted to produce Naughty Marietta not just for the beauty of its music, but also because 2010 marks the 100th anniversary of the operetta’s first performance, and 2009 was the 150th anniversary of Herbert’s birth in Dublin. Rubin conducts the 20-member cast and 30-piece orchestra in the sole performance of the show at 8 p.m. Sunday in the Eissey Campus Theatre in Palm Beach Gardens. Tickets: $25, $10 for students.  Call 283-2400 or visit www.pblightopera.com. 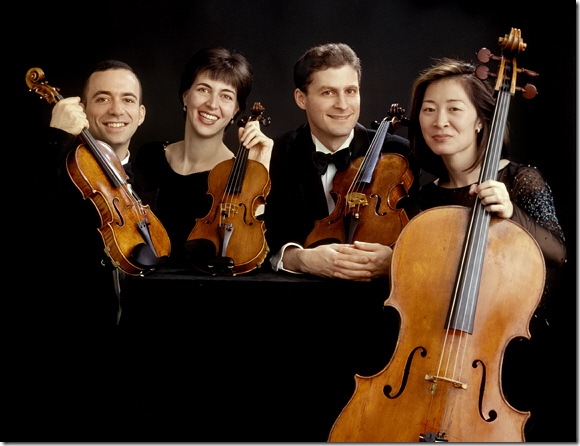 Also on Sunday, the Brentano String Quartet, the ensemble in residence at Princeton University, performs two classic works of the mainstream quartet tradition: Beethoven’s Quartet No.  1 (in F, Op. 18, No. 1), and the Quartet No. 15  (in G, D. 887) of Franz Schubert. The group will be the first of several chamber groups to play in the Society of the Four Arts’ Sunday afternoon concert series. 3 p.m., Society of the Four Arts, Palm Beach. Tickets: $10. Call 655-7226, or visit www.fourarts.org.

That same night in Miami, Itzhak Perlman returns to South Florida in recital with pianist Rohan De Silva in music by Mozart (Sonata in F, K. 376), Beethoven (Sonata in C minor, Op. 30, No. 2) and the Suite Italienne of Stravinsky, compiled by the composer from his score for the 1920 ballet Pulcinella. Tickets were almost sold out earlier this week, but some did remain in the $75-$125 range. 8 p.m., Adrienne Arsht Center, Miami. Call 305-949-6722 or visit www.arshtcenter.org. — G. Stepanich

Film: Playwright August Wilson began his chronicle of the African-American experience throughout the … END_OF_DOCUMENT_TOKEN_TO_BE_REPLACED

Film: Just in time with the opening of movie theaters in Palm Beach County comes the season’s most … END_OF_DOCUMENT_TOKEN_TO_BE_REPLACED

Music: The very last concert Franz Joseph Haydn attended in his life was in March 1808, about a year … END_OF_DOCUMENT_TOKEN_TO_BE_REPLACED