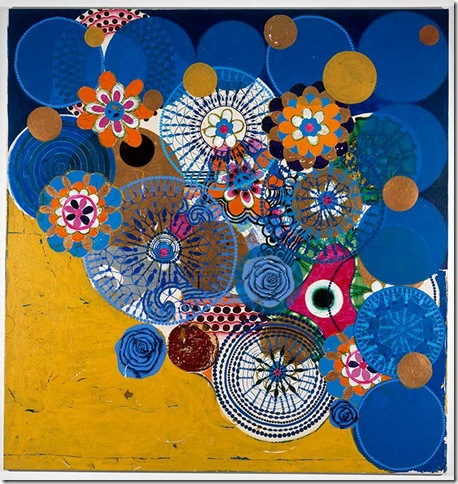 Art: The Pérez Art Museum in Miami has scored a triumph by landing the first major U.S. retrospective of the work of Beatriz Milhazes, a Brazilian artist whose big, colorful abstract paintings brim with a riot of colors that nevertheless cohere with a pleasant, joyous effect. Jardim Botânico (her studio adjoins a botanical garden) covers the last 25 years of the Rio-based artist’s work, and chronicles her collage-based style: She paints acrylic shapes and then adheres them to canvases, referencing pop ephemera such as graffiti and decals. It’s beautiful, exciting work, thoroughly in sync with Miami and South Florida, and while the exhibit lasts through Jan. 11, now would be the time to slide on down and check it out before the winter deluge is upon us. Admission to the museum is $16; hours are 10 a.m. to 6 p.m. Tuesday through Sunday, except Thursday, when the museum is open until 9 p.m. Call 305-375-3000 or visit ww.pamm.org. 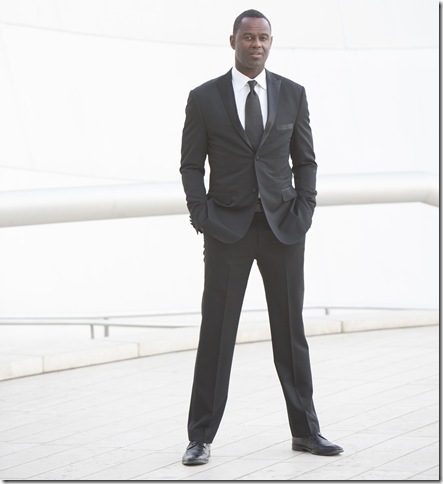 Music: Brian McKnight, part of a Buffalo, N.Y., family that also produced the founder of the contemporary gospel sextet Take Six, has had a long and successful career as an smooth jazz-soul balladeer that includes his first big song, “One Last Cry,” all Fender Rhodes and lost love. He’s released 15 albums so far, and sold 20 million records, and this weekend you can catch him at Jazziz Nightlife, Michael Fagien’s high-end club in Boca Raton’s Mizner Park, with guitarist Tyrone Chase and bassist Chris Loftlin. He takes the stage at 7 p.m. Sunday, and tickets range from $30-$200. Call 561-300-0730 or visit www.jazziznightlife.com. 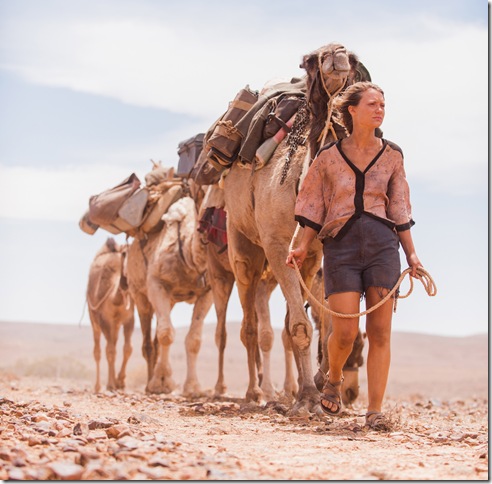 Film: Yeah, I know, you are all eager to see Gone Girl this weekend, but just in case the shows are all sold out, consider a small, involving film about one woman’s 1,700-mile trek across the desert of Australia, Tracks, also opening this weekend. It stars Mia Wasikowska (of Tim Burton’s Alice in Wonderland) as Robyn Davidson, the obsessed, stubborn, unstable woman determined to make the unsafe journey, even though she’s not sure why. She is not completely alone, for she takes along with her four camels and a dog, and gains the puppy dog attentions of a National Geographic magazine photographer (Adam Driver) who shows up at regular intervals. The film makes the Aussie landscape look at beautiful as it is foreboding. Ultimately, it is about the triumph of man – or, rather, woman – testing  herself against nature. Opening at area theaters. 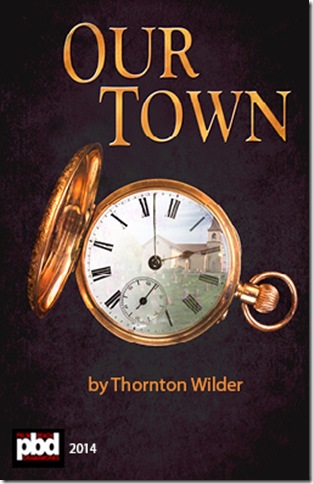 Theater: Palm Beach Dramaworks is first out of the gate with its season opener, Thornton Wilder’s 1938 Pulitzer Prize winner, Our Town. Whether or not this play of small town life (and death) is “the great American play,” as producing artistic director Bill Hayes believes, it has certainly stood the test of time to become a much-performed classic. Hayes places it at the start of his company’s 15th season, and casts it with familiar faces from each of those seasons. They include Colin McPhillamy as the Stage Manager, Ken Kay and Beth Dimon as Doc Gibbs and his wife, and Dan Leonard and Patti Gardner as the Webbs, the newspaper editor and his proofreading helpmate. Previews begin this Wednesday, before opening on Friday. Call (561) 514-4042 for tickets.

Film: Playwright August Wilson began his chronicle of the African-American experience throughout the … END_OF_DOCUMENT_TOKEN_TO_BE_REPLACED

Film: Just in time with the opening of movie theaters in Palm Beach County comes the season’s most … END_OF_DOCUMENT_TOKEN_TO_BE_REPLACED

Music: The very last concert Franz Joseph Haydn attended in his life was in March 1808, about a year … END_OF_DOCUMENT_TOKEN_TO_BE_REPLACED