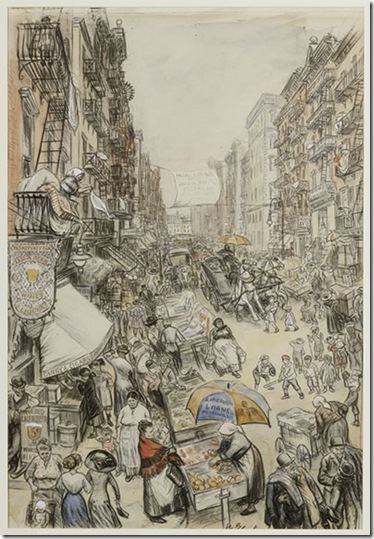 Art: South Florida has a large collection of work by the eminent American painter William Glackens, left by his son Ira to the Museum of Art Fort Lauderdale in 1990. Some of that work is now on display at the Coral Springs Museum of Art in a show called Glackens as Illustrator. The painter began as an illustrator for Philadelphia-area newspapers before advances in photography cut off that source of income. Drawings such as Far From the Fresh Air Farm show the chaos and bustle of the big cities of 100 years ago, where horse-drawn vehicles were still plentiful and streets nowhere near the orderly macadams they are today. The show opens today and runs through Nov. 9; admission is just $6. Call 954-340-5000 for more information. 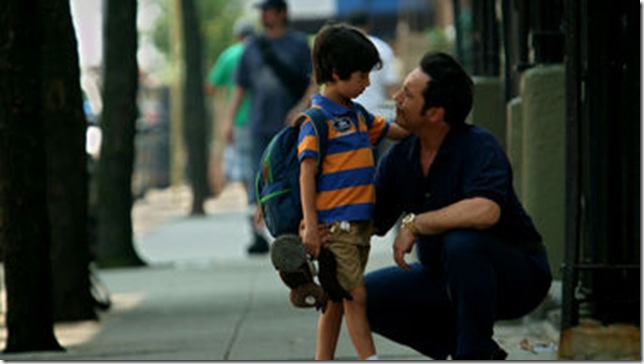 Film: It would be impressive enough if South Floridian Joey Dedio had starred in, written and produced one feature film, but he has pulled off that feat on two movies, both opening locally this weekend — Tio Papi and 36 Saints — each hoping to attract an audience and expand wider. The former is about a single Hispanic guy named Ray Ray, happy-go-lucky and footloose until his sister and brother-in-law die in a car crash and he inherits their six young kids. Already behind on his rent, the last thing he needs is six more mouths to feed. Somehow, they learn to muddle through and avoid the threats of the social worker who wants to place the youngsters in foster homes. (Yes, that’s Kelly McGillis, who has largely been out of the spotlight in the 27 years since Top Gun.) A lot of Tio Papi — the title translates to “Uncle Daddy” — verges on sitcom. Adorable kids will do that. But there is some worth to the screenplay, which makes an admirable effort to take the story in unexpected places. 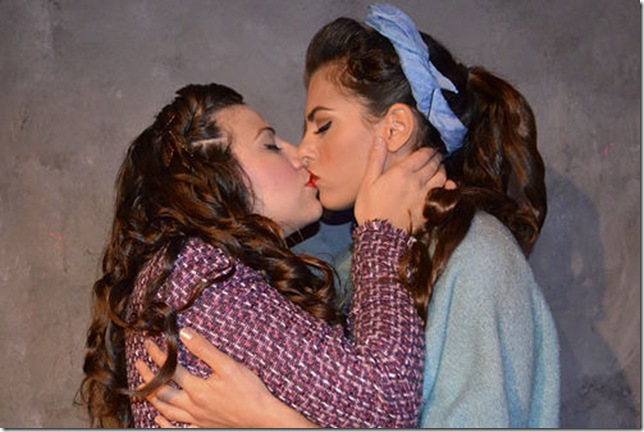 Theater: Almost as slow as the dead of August in South Florida, September does at least have one opening this weekend. It’s The Beebo Brinker Chronicles, produced by Kim Ehly’s Kutumba Theatre Project at the Galleria Studio Theatre in Fort Lauderdale. If the play’s title sounds familiar, perhaps you know the book series by Ann Bannon that was considered groundbreaking in the 1950s for its depiction of lesbian life in Greenwich Village with pulpy authenticity. Blaze Powers and Sandi M. Stock are featured in a show that seems likely to be campy, melodramatic and touching. Through Oct. 6. Call (9540 646-1000 for tickets. 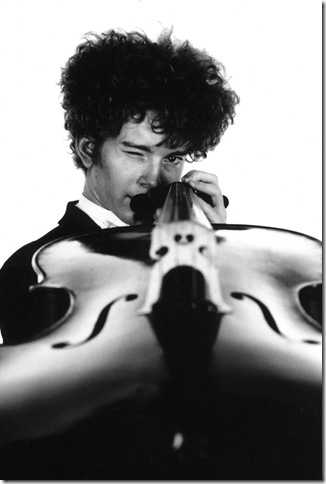 Music: The classical music season doesn’t really get cooking for another couple months, but there are signs of life in some of the regular series, two of them in Miami. This Sunday, the young cellist Joshua Roman gets the Sunday Afternoons of Music series, now in its 33rd year, off to a nourishing start with a program of sonatas — Beethoven’s No. 4 (in C, Op. 102, No. 1) and the underrated lone Sonata (also in C, Op. 119) of Prokofiev — and suites: Stravinsky’s Suite Italienne, a repurposing of his Pulcinella music, and the Five Pieces in Folk Style of Schumann. Roman, who last was seen here in June at the last Mainly Mozart Festival, returns to Gusman Hall at the University of Miami with pianist Cory Smythe for this 4 p.m. concert. His June appearance introduced audiences to a very fine, exciting young player who should have a big, long career. Tickets for the Sunday Afternoons series are $35; more information can be had by visiting sundaymusicals.org or calling 305-271-7150.

Film: Playwright August Wilson began his chronicle of the African-American experience throughout the … END_OF_DOCUMENT_TOKEN_TO_BE_REPLACED

Film: Just in time with the opening of movie theaters in Palm Beach County comes the season’s most … END_OF_DOCUMENT_TOKEN_TO_BE_REPLACED

Music: The very last concert Franz Joseph Haydn attended in his life was in March 1808, about a year … END_OF_DOCUMENT_TOKEN_TO_BE_REPLACED