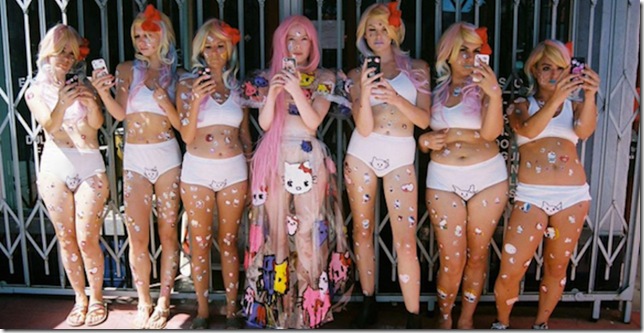 In an overwhelming Art Fair week ready to descend on Miami from all corners of the world, there are so many events to choose from it’s almost unreal and pure art nirvana.

The sheer quality and quantity of shows, promotions, screenings, talks, public art and fairs ready to land on the billion-dollar sandbar is unparalleled in America and perhaps the world. Add in Miami’s own tropical weirdness and heavily multicultural audience for another dose of sensory art overload.

The main big top event is the official Art Basel Maimi Beach fair at the Miami Beach Convention Center, with 267 leading galleries from North America, Latin America, Europe, Asia and Africa showing significant work from the masters of modern and contemporary art, as well a new generation of emerging stars. The fair is notoriously difficult to get into — not to mention expensive — but several South Florida galleries make it in regularly including Frederic Snitzer and Gavlak.

Paintings, sculptures, installations, photographs, films, and editioned works of the highest quality are on display in the main exhibition hall — you can find Picasso next to Jeff Koons and Georgia O’Keeffe next to Cindy Sherman. Works that sell in the millions are in every aisle, making for a remarkable glut of museum worthy art sold in essentially high-class pop-up booths. Celebrities cruise the aisles with their art advisors, picking the ripest fruit.

While the fair is the main attraction, my favorite events are the ones outside that take advantage of the unique beachfront location as large‐scale artworks, films and performances become part of the city’s lush outdoor landscape at nearby Collins Park and SoundScape Park and over in Wynwood. 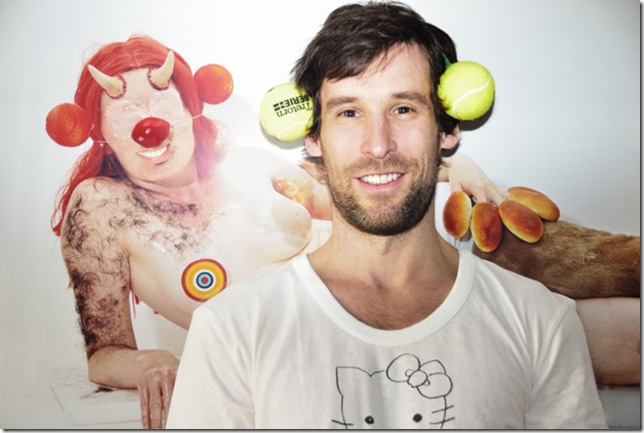 And it’s still growing — last year the fair attracted 73,000 visitors to the Miami Beach Convention Center and this year’s 14th edition looks to be even bigger. Plus, the former head of New York City’s Armory Show, Noah Horowitz, is now running the fair, so expect some new twists New York-style. Long overdue work on the $615 million renovation of the convention center is scheduled to begin as soon as the fair week ends, so look for bigger changes next year.

The $20 million redo of Lincoln Road is also moving along, with New York’s James Corner Field Operations, the firm that did The High Line, winning the contract to update the original Morris Lapidus design from the 1950s. It’s to be hoped they keep many of the zany, charming elements that have made the Road so endearing all these decades.

Then there are the side sectors, a series of booths that show more focused work: Survey has 14 booths showing “historically informed” works; Nova, where you’ll find 34 younger galleries showing new works; and 16 Positions galleries focusing on emerging artists, including an intriguing one from Villa Design Group’s installation of 10 doorways derived from the scene of the 1997 murder of Gianni Versace on Ocean Drive. (I lived a few blocks away when he was murdered and remember the chaos that ensued in the aftermath.) 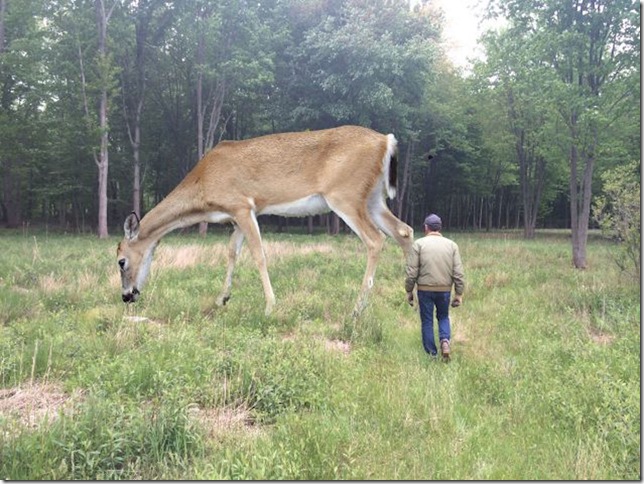 Public is always a must-see as 26 artists create site-specific installations and performances all week in Collins Park in front of The Bass Museum at 21st Street and Collins Avenue. “The Theme Is Metaforms,” Nicholas Baume’s curatorial premise considers how art making is, at its core, a process of transformation; highlights this year include a gemstone-encrusted “Healing Pavilion” infused with “metaphysical properties” by Sam Falls; a group of tall chairs from the original production of Robert Wilson’s Einstein on the Beach; a giant set of luscious red lips by Sterling Ruby; and a monumental deer lawn ornament by Tony Tasset. Opening night for Public is Wed., Dec. 2, from 7 to 9 p.m., and will feature a female tai chi master, male bodybuilders, men on skateboards, a dandy hobo and an evening performance by Yan Xing. Very circus Miami.

The film program is another winner as movies screen on the giant projection wall outside of the New World Center (500 17th St., South Beach), plus over 80 more can be accessed in the convention center film library. “Our Hidden Futures” is the overall theme for this year’s film program. More than 50 films and videos will also be screened at The Colony Theater (1040 Lincoln Road, Miami Beach). Some highlights include director James Crump’s Troublemakers: The Story of Land Art on Friday, Dec. 4, at 8:30 p.m., followed by a panel discussion with Crump and Basel film curator Marian Masone. The evening screenings in SoundScape Park jolt with short films with program themes ranging from “Speak Easy” to “Vanishing Point.”

And the world outside the main fair continues to orbit as there are now 18-and-counting satellite fairs. Miami Project and Art on Paper move into the Deauville Beach Resort (6701 Collins Ave., Miami Beach), the former site of the NADA fair; meanwhile the 13th edition of NADA heads down the street to the grand dame deco Fontainebleau (4441 Collins Ave., Miami Beach). Pulse Miami Beach hones in on Indian Beach Park (4601 Collins Ave., Miami Beach) starting with a big “Opening Celebration” at 4 p.m. Dec. 1 featuring a panel discussion by Hyperallergic, an interactive piece that mashes Hello Kitty with self-obsession by Kate Durbin called “Hello, Selfie!”

On Dec. 5, Pulse celebrates the city of Miami via a talk at 5 p.m. on “Future Visions of Miami” and a “Sunset Celebration” from 5 to 7 p.m. Fair visitors can see the big-box takeoff Target Too, an installation referencing items sold at the Target stores, originally on view in New York last March. 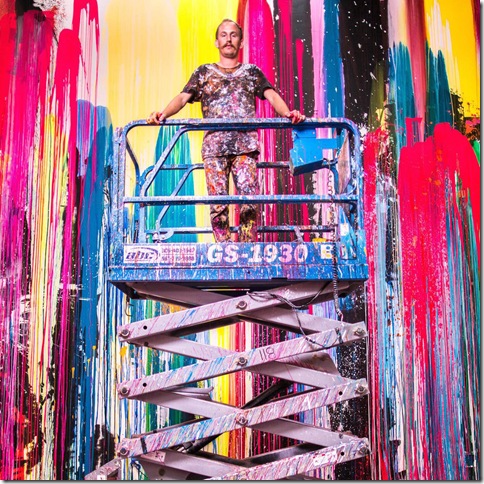 Wynwood Walls (2520 NW 2nd Ave., Miami) a victim of its own mural-encrusted success, has blocks of events planned this year including “Walls of Change” with 14 new murals and installations and the debut of a new adjacent space called The Wynwood Walls Garden. The walls are by Case, Crash, Cryptik, el Seed, Erenest Zacharevic, Fafi, Hueman, INTI, The London Police, Logan Hicks and Ryan McGinness. Over in the new garden, the Spanish art duo Pichi & Avo are doing a mural on stacked shipping containers and in the events space, Miami’s own Magnus Sodamin will be painting the floors and walls in his unique rainbow explosions. The VIP opening is on Dec. 1 in the early evening, but then it’s open to the public from 11 p.m. to 2 a.m.

Art world heavys Jeffrey Deitch and Larry Gagosian, together again for the first time, are co-presenting an exhibition of figurative painting and sculpture in the Moore Building (3841 NE 2nd Ave., Miami). The opening is on Tuesday, Dec. 1, but it will be on view all week. Artists featured in the group show will include Walter Robinson, Elizabeth Peyton, John Currin and David Salle.

In a related event, Walter Robinson will be hosting a book signing Dec. 3 from 10 a.m. to noon at 100 Degrees in the Shade, 3900 N. Miami Ave., of both his new retrospective catalog and a book he wrote the foreword to on the history of Spiritual America Gallery, an experimental space from 1983 that first exhibited Richard Prince’s controversial Spiritual America photo of an underage nude Brooke Shields as well as early work from Jeff Koons, Cindy Sherman and Robinson himself. I was the co-director of that gallery and have finally told the behind-the-scenes story 30 years later. 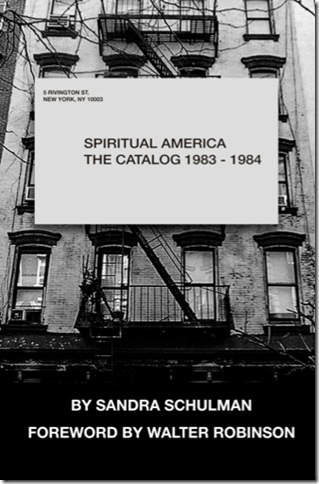 Tickets for Art Basel can be had at the venue or at its online shop at artbasel.com/miamibeach/buy-tickets. One-day tickets are $47; an all-day pass is $100.

Film: Playwright August Wilson began his chronicle of the African-American experience throughout the … END_OF_DOCUMENT_TOKEN_TO_BE_REPLACED

Film: Just in time with the opening of movie theaters in Palm Beach County comes the season’s most … END_OF_DOCUMENT_TOKEN_TO_BE_REPLACED

Music: The very last concert Franz Joseph Haydn attended in his life was in March 1808, about a year … END_OF_DOCUMENT_TOKEN_TO_BE_REPLACED