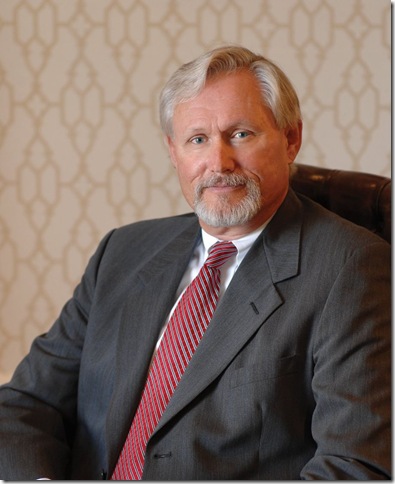 PALM BEACH — John Blades, executive director of the Flagler Museum in Palm Beach, will retire at the end of this month, the museum said.

Blades has been the museum’s executive director since June 1995, and is credited with overseeing the revitalization of the museum, which began life as Henry Flagler’s Whitehall mansion. The pioneering Florida railroad builder and his wife Mary used Whitehall as a winter retreat from 1902 to 1913.

Under Blades’s stewardship, the museum received new climate control and electrical systems, a research library and office building, and saw the restoration of Car No. 91, Flagler’s personal railroad carriage. Among many other things, Blades also established a popular chamber music series, the annual Easter Egg Hunt, and opened the Café des Beaux-Arts.

In addition, Blades has overseen the publication of several books, more than 100 store products, two websites and live webcasting of the museum’s lectures, as well as regular art exhibitions.

Blades will be succeeded Feb. 29 by Erin Dougherty, currently head of the Historical Society of Princeton in New Jersey. Blades will assist in the transition.

WEST PALM BEACH — The head of Americans for the Arts says it’s important for people to support political candidates who understand the importance of arts and culture to their constituents.

“The arts create a competitive edge for cities,” Robert Lynch said in urging an audience at the Kravis Center last month to promote pro-arts candidates. “It’s our secret weapon, but we’d like to make it less secret.”

Lynch, president and CEO of Americans for the Arts, a Washington, D.C.-based nonprofit, spoke Jan. 8 to a group of Palm Beach County arts organization representatives at the Kravis’s Khoury Dance Rehearsal Hall. In his talk, Lynch discussed the economic impact of the arts, pointing out that artistic activities account for about $698 billion of annual U.S. GDP, or around 4.5 percent.

“Arts provide a return on investment and leave us with a better world,” he said.

BOCA RATON — The National Society of Arts and Letters is offering musical theater performers ages 18 to 25 a chance to win $10,000 in a competition.

The society’s annual Musical Theatre Competition, which takes place in May in Phoenix, will feature performers chosen from the winners of contests hosted by the society’s various local chapters. The Boca Raton-based Florida East Coast Chapter, which serves the area from Jacksonville to the Keys, awards prizes ranging from $2,000 to $750 for first, second and third place.

The deadline to enter the local competition is Feb. 22. The downloadable application can be found at www.nsalfloridaeast.org. The competition will be held March 5 at the Amarnick-Goldstein Concert Hall on the campus of Lynn University in Boca Raton. The public is invited.

The first-place winner will receive an all-expenses-paid trip to Phoenix to compete in the national contest during the society’s annual meeting from May 17 to May 22.

Film: Just in time with the opening of movie theaters in Palm Beach County comes the season’s most … END_OF_DOCUMENT_TOKEN_TO_BE_REPLACED

Music: The very last concert Franz Joseph Haydn attended in his life was in March 1808, about a year … END_OF_DOCUMENT_TOKEN_TO_BE_REPLACED