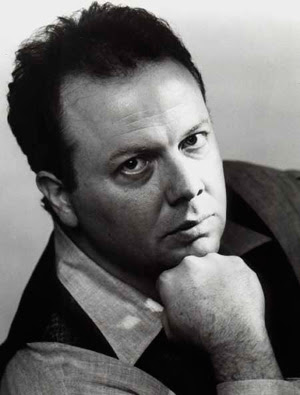 The ghoulish among us — yeah, you know who you are — insist that deaths come in threes. So there was Farah Fawcett, Michael Jackson and, while it’s not exactly parallel, maybe the third is New Vista Theatre Company.

That is the impression left by an gang e-mail sent out late yesterday afternoon by artistic director Avi Hoffman, who announced “with enormous regret and sadness” a deadline of August for the three-year-old stage company and for the 11-year-old National Center for Jewish Cultural Arts, whose resources the theater has drained.

According to Hoffman, the linked entities are carrying over $500,000 in debt and he is getting a hernia from the weight of it. So unless he can raise a half million bucks in two months, he says he will close up forever.

New Vista has been a valued member of the South Florida theater community in its short history, starting with a gangbusters production of A Funny Thing Happened on the Way to the Forum, a solid Funny Girl and a touching I’m Not Rappaport, the last show that Bruce Adler was in before he passed away last year.

But this season has been a major disappointment, with a mounting of Enter Laughing that showed how cash-strapped the company had become, and canceled productions of The Producers and The Shop on Main Street.

From the start, New Vista’s vision was creating large-scale, Broadway-sized theater and that must be seen as part of the problem. There is no reason to think that Hoffman spent money unwisely, but like most not-for-profit theaters he was dependent on donations, which dried up to a trickle in this recessionary economy, to say nothing of the Bernie Madoff effect.

It would be great to be able to report that some frugal theater lover dug into his mattress and gave New Vista the necessary money, but it feels like we have been here before. Think of The Jupiter Theatre, think of the Royal Palm Dinner Theatre. People tend to give to successful theaters, not those that are sinking.

Hoffman mentioned in the e-mail that he will be doing his newest one-man show, Still Jewish After All These Years: A Life in the Theatre, at the little theater at Santaluces High School in Boynton Beach from July 10-Aug. 2, in what he calls “a final attempt to keep the new Vista Theatre from permanently shutting down our operations.” With tickets priced at a modest $20, it is hard to see how that is going to make a difference.

Of course anyone who chooses to run a theater has to be something of a dreamer and an optimist, so we might as well join those ranks. To the person with the extra $500,000, call Avi at (561) 482-4144. If you are out of town, feel free to call collect. I’ll bet he will accept the charges.

Film: Playwright August Wilson began his chronicle of the African-American experience throughout the … END_OF_DOCUMENT_TOKEN_TO_BE_REPLACED

Film: Just in time with the opening of movie theaters in Palm Beach County comes the season’s most … END_OF_DOCUMENT_TOKEN_TO_BE_REPLACED

Music: The very last concert Franz Joseph Haydn attended in his life was in March 1808, about a year … END_OF_DOCUMENT_TOKEN_TO_BE_REPLACED