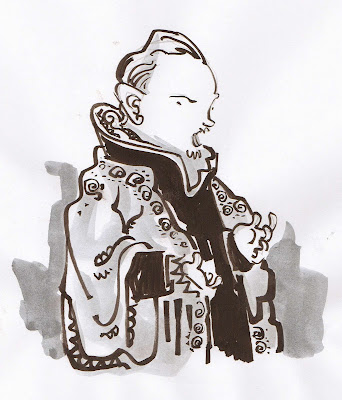 The coming opera season has been scaled back somewhat in both of the major local companies, but opera devotees will still have plenty to look forward to.

In addition to the seven local productions, there will be five others from two different trunk companies, and 11 high-definition broadcasts of live performances from New York’s Metropolitan Opera, screened at the Society for the Four Arts and a handful of commercial theaters.

Farther afield, true opera fanatics can take a pleasant journey of two to three hours across the state and see Victor de Renzi’s impressive Sarasota Opera, which continues its complete Verdi cycle with the Italian master’s rarely heard Giovanna d’Arco, his 1845 treatment of the Joan of Arc story.

Palm Beach Opera: For the first time since the early 1990s, the Palm Beach Opera will present just three full productions, and in place of the fourth plans a season opener of two concert performances of the Beethoven Ninth Symphony, with the Palm Beach Opera Orchestra and chorus, and soloists including soprano Ruth Ann Swenson, mezzo-soprano Michaela Martens, tenor Clifton Forbis and bass Morris Robinson. The two performances will be led by Bruno Aprea on Dec. 11 and 13 at the Kravis Center.

The PBO’s first opera will be Verdi’s Otello, perhaps the finest work of this composer, a shatteringly beautiful, powerful adaptation of the Shakespeare play about the Moor who loved not wisely but too well. American tenors Carl Tanner and Alan Glassman share the role of Otello, while Desdemona will be played by the Slovenian soprano Sabina Cvilak and Canada’s Michele Capalbo (Jan. 22-25).

Mozart’s supreme Don Giovanni takes the stage next, with the Albanian baritone Gezim Myshketa and another singer to be announced as the lecherous nobleman who comes to such a sorry but spectacular end. Pamela Armstrong and Alexandra DeShorties share the role of Donna Anna, with Julianna DiGiacomo and Michele Losier as Donna Elvira (Feb. 26-March 1).

The company wraps the season with one of the most durable of all operas, Georges Bizet’s Carmen. The Hungarian mezzo Viktoria Vizin and Poland’s Magdalena Wor share the role of the free-spirited Sevillian cigarette worker, and tenors Andrea Care and Rafael Davila trade the role of Don Jose, the obsessed soldier who won’t let go. The opera will be conducted by Jean-Luc Tingaud (April 9-12). Finally, the Grand Finals vocal competition, the 41st of its tribe, is set for April 25. 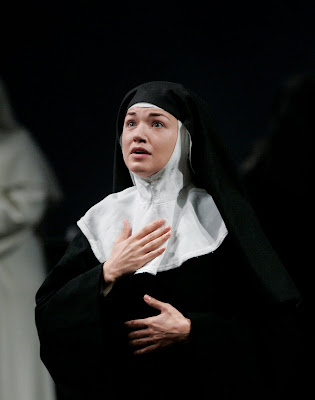 Florida Grand Opera: Not long ago, the FGO was doing six productions a season, one of them a world premiere (David Carlson’s attractive Anna Karenina, in 2007). But these days the venerable Miami company is keeping things safe and concentrating on good box office.

It opens with a double bill: Leoncavallo’s Pagliacci, paired with Puccini’s Suor Angelica (instead of the usual Cavalleria Rusticana of Mascagni); soprano Kelly Kaduce stars as the suffering nun in Angelica, and then plays Nedda to the jealous Canio of tenor Jay Hunter Morris (Nov. 14, 18, 20, 22, 24, 28, Arsht Center; Dec. 3, 5, Broward Center).

Eglise Gutierrez returns to the FGO stage for its second production, Donizetti’s Lucia di Lammermoor, a tale of passion and madness drawn from a Sir Walter Scott novel based on a real incident. Tenor Israel Lozano is Edgardo, and baritone Mark Walters is Enrico. For the performances on Jan. 27 and 30, Lucia will be sung by Maria Alejandres, Edgardo by Mark Pannucio, and Enrico by Jeremy Kelly. (Jan. 23, 26, 27, 29-31, Arsht Center; Feb. 4, 6, Broward Center).

Rossini’s Barber of Seville, easily the most performed and familiar of the Italian composer’s works, takes the stage next, with Sarah Coburn as Rosina, the woman at the center of the amorous and comic intrigues of this 1816 opera buffa. English baritone Roderick Williams is Figaro, and Frederic Antoun is Count Almaviva; the eminent baritone Sanford Sylvan, beloved for his decades of work on the Boston early music scene, plays Bartolo. On Feb. 24 and 27, Kyle Pfortmiller sings Figaro, Andrew Bidlack is Almaviva and Lielle Berman is Rosina. (Feb. 20, 23, 24, 26-28, Arsht Center; March 4, 6, Broward Center.)

To end its season, FGO, like Palm Beach, has chosen Bizet’s Carmen. The title role will be sung by Kendall Gladen, with Adam Diegel as Don Jose. Miami-born soprano Elaine Alvarez appears as Micaela, the peasant girl adopted by Don Jose’s mother who tries in vain to summon the prodigal son home. (April 24, 28, 30, May 2, 4, 8, Arsht Center; May 13, 15, Broward Center).

Guest companies: The Teatro Lirico d’Europa, founded by a French ballet master and Bulgarian tenor and now based in suburban Baltimore, does 70 full-scale productions a year of various well-known operas, and is a regular guest company each season. The company also has a working relationship with the Coral Springs-based Gold Coast Opera, and all told the two troupes will present five different operas, though two of them are the Barber of Seville and Carmen.

One local company currently in hiatus for the season is the Treasure Coast Opera Society of Fort Pierce, which had to suspend operations after 31 years of bringing opera to northern St. Lucie County.

The opera company’s winter festival opens in early February with the traditional double bill of Mascagni’s Cavalleria Rusticana and Leoncavallo’s Pagliacci (10 performances, Feb. 6-March 21). The Magic Flute, Mozart’s great Masonic-flavored singspiel, is next, with Maria d’Amato as Pamina, Joshua Kohl as Tamino, and Lindsay Ohse as the Queen of the Night (10 performances, Feb. 13-March 21).

But the special glory for opera junkies of the Sarasota company is its Verdi cycle, which will conclude in 2013, the year of the composer’s birth bicentenary. This year, the company mounts Giovanna d’Arco, an early and little-played opera about Joan of Arc. It’s a must-see for lovers of Verdi and doubtless will shed some new light on the composer’s work; soprano Cristina Castaldi sings the title role, with tenor Rafael Davila as Carlo VII, king of France (6 performances, March 6-20).

Film: Playwright August Wilson began his chronicle of the African-American experience throughout the … END_OF_DOCUMENT_TOKEN_TO_BE_REPLACED

Film: Just in time with the opening of movie theaters in Palm Beach County comes the season’s most … END_OF_DOCUMENT_TOKEN_TO_BE_REPLACED

Music: The very last concert Franz Joseph Haydn attended in his life was in March 1808, about a year … END_OF_DOCUMENT_TOKEN_TO_BE_REPLACED