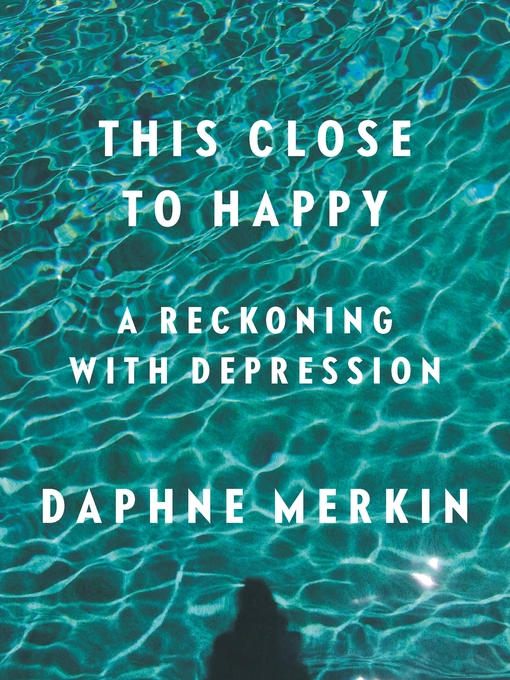 Daphne Merkin begins this compelling new book with these words, “Lately I’ve been thinking about the allure of suicide again.”

Merkin has battled depression since she was a child. She has moved in and out of psychiatric hospitals and therapists’ offices, while gulping down countless bottles of anti-psychotic drugs “just to get through the day.”

A voracious reader and a brilliant writer of essays and book reviews, Merkin worked as an editor at the publishing house Harcourt Brace Jovanovich and wrote for The New Yorker and the New York Times Magazine.

Throughout her career, she battled depression “stuck in a cave of grief … a suffocating cloak … wading through the muck of bleakness … all I wanted was to lie down forever.”

Merkin dreamed of ending her misery by killing herself — jumping off a building, drowning, hanging, stepping into traffic. “I am fascinated,” she writes, “by people who have the temerity to bring down the curtain on their own suffering — who don’t hang around moping, in hopes of a brighter day.”

A central theme involves the author’s endless craving for her mother’s love. She never felt accepted. Daphne and her five siblings were cared for by Jane, a servant who “could turn savage — could kick and punch as well as beat us.” Their mother did nothing to stop the beatings. The parents were wealthy and traveled a lot, often to Israel, without the children. The author’s mother called herself the “Wicked Witch of the West.” Merkin’s father was cold and distant, rarely speaking to her.

Her now-deceased parents were Orthodox Jews, but Merkin never felt drawn to Judaism, although she wonders now how much she may have missed out “on the potential solace of community.”

Merkin married in her 30s and later divorced. The couple had one child, Zoe. Merkin confesses she thought of drowning the infant, and within months Merkin was hospitalized for depression.

It took Merkin 15 years to complete this book. Many days she could barely get out of bed. After years of darkness that engulfed her, finishing this book was a notable achievement.

She does not dwell on statistics, but says that 16 million Americans had at least one major depressive episode in 2012, and in 2014 more than 40,000 people took their own lives.

She weighs in on the nature vs. nurture debate. Are humans born with genes that point them toward depression, or does it develop out of the many conflicting encounters of life? She believes that both factors are at work.

The author’s depression offers a stark reminder that mental illness can visit anyone, regardless of education or achievement.

Merkin worries about how this book will be received. “I had no trouble … imagining a panel of disapproving critics ready to pick apart my every word and accuse me of all the potential hazards of writing autobiographically, from self-absorption to self-pity, with stops along the way for excessive candor and unsightly narcissism.” Indeed, she displays some of those faults, such as descriptions of her sexual fantasies.

By the end of the book Merkin has rejected suicide as an option, saying she has resigned herself to living with depression. She has not been hospitalized for the past eight years, “although I have had some very shaky times.” She continues to visit therapists and gulp pills.

“I once dreamed of conquering my depression for good, but I have come to understand that it is a chronic condition, as much a part of me as my literary bent.”

After having lived for several decades confronting the depression demon, she ends on this hopeful note, “Whoever thought I’d be this close to happy?”

This Close to Happy: A Reckoning With Depression, by Daphne Merkin; Farrar, Straus and Giroux, 288 pp., $26

Film: Playwright August Wilson began his chronicle of the African-American experience throughout the … END_OF_DOCUMENT_TOKEN_TO_BE_REPLACED

Film: Just in time with the opening of movie theaters in Palm Beach County comes the season’s most … END_OF_DOCUMENT_TOKEN_TO_BE_REPLACED

Music: The very last concert Franz Joseph Haydn attended in his life was in March 1808, about a year … END_OF_DOCUMENT_TOKEN_TO_BE_REPLACED