If all the stars align correctly, look for the Chamber Music Society of Palm Beach, which now mounts its programs at Mar-a-Lago, to add The Breakers as a concert venue next season.

The executive director of the society, Michael Finn, said wants to add three concerts at the landmark resort for the 2015-16 season if he can get approval from the society’s board to do it.

Although the current model for the society — elite players in an intimate room, preceded by a cocktail reception — worked well in the initial year, Finn would like to make the society’s presentations somewhat less exclusive.

“I want to get it out there, I want people to come,” Finn said last month, adding that he’s rebranded the series as Great Performers: Palm Beach to encourage attendance from people put off by the idea of chamber music. “Because right now, unless you’re a member of our society or a member of Mar-a-Lago, or you have very deep pockets, you’re basically prohibited. Because even to walk in the door, it’s 150 bucks.

“That’s like going out in New York. But you basically get a New York concert in Palm Beach,” he said. “My personal feeling is I’d rather have it be more at lower cost, but right now, it’s not the way we’re structured.”

Finn, a bassoonist whose playing credits include the Orpheus Chamber Orchestra and the Metropolitan Opera Orchestra, said the three concerts at The Breakers would likely include duo-pianists Anderson and Roe, a performer from roster of the venerable Young Concert Artists, and a “name” performer for the third concert.

“The audience in Palm Beach is finite, so we’re looking to go to The Breakers, but we’re also looking in the summer to start in the Hamptons, and Tuxedo Park … and we’re actually also looking at France, because my roster can go anywhere,” he said.

The society was founded by Finn, former executive director of the Palm Beach Symphony, and Vicki Kellogg, a veteran Los Angeles session musician, and debuted last season. Its second season opened in November with pianist Peter Dugan and cellist Sean Lee, and continues Feb. 10 with a performance by the Fairmont Trio, in music by Schubert and Dvořák.

Membership in the society has expanded to more than 100 people, Finn said last month. Concerts are intermissionless and about 80 minutes long, and even with just one season under its belt, the audience already has matured.

“It started out as a society audience, and friends of friends,” he said. “Last year, it was all about the cocktail party. People said, ‘You should have longer cocktails and shorter concerts.’

“But this year, we’re recording everything for American Public Media, and Classical South Florida has agreed to broadcast a complete concert if we can raise the money to do it. So now we have microphones in the room,” he said, which keeps the audiences from bringing their drinks with them to the program.

Gone are the dropped-libation noises through the music, to be replaced by a welcome attentiveness. “So it’s a slow learning curve. It’s like adult ed,” Finn said. “But I’ve always said, if you give people the best, they’ll appreciate it.” 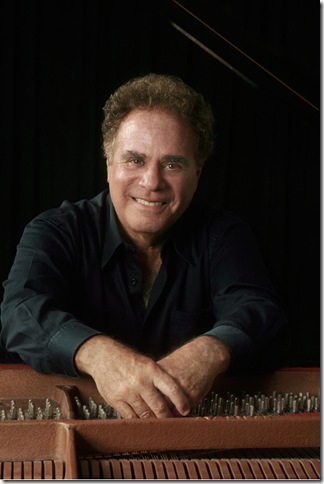 Leonard Bernstein wrote a number of occasional piano pieces during his career, including close to 30 works he called Anniversaries, created for special occasions or memorials.

Tonight at the Society of the Four Arts in Palm Beach, pianist Jeffrey Siegel will perform an unpublished Bernstein piece, Meditation on a Wedding, written as a gift for some close friends. Siegel is the only person to have performed the work publicly.

Siegel received a copy of Bernstein’s Meditation on a Wedding after meeting Humphrey Burton, who had written a biography of Leonard Bernstein. “He attended one of my concerts shortly after Bernstein’s death and afterwards introduced himself,” Siegel said. “He felt that I was doing what Leonard Bernstein did for the orchestra — making friends for classical music.”

Meditation on a Wedding will be part of an all-American concert and discussion presented by Siegel, who appears annually on the Four Arts concert series. The evening will also include a piano-only arrangement of George Gershwin’s Rhapsody in Blue.

Film: Playwright August Wilson began his chronicle of the African-American experience throughout the … END_OF_DOCUMENT_TOKEN_TO_BE_REPLACED

Film: Just in time with the opening of movie theaters in Palm Beach County comes the season’s most … END_OF_DOCUMENT_TOKEN_TO_BE_REPLACED

Music: The very last concert Franz Joseph Haydn attended in his life was in March 1808, about a year … END_OF_DOCUMENT_TOKEN_TO_BE_REPLACED