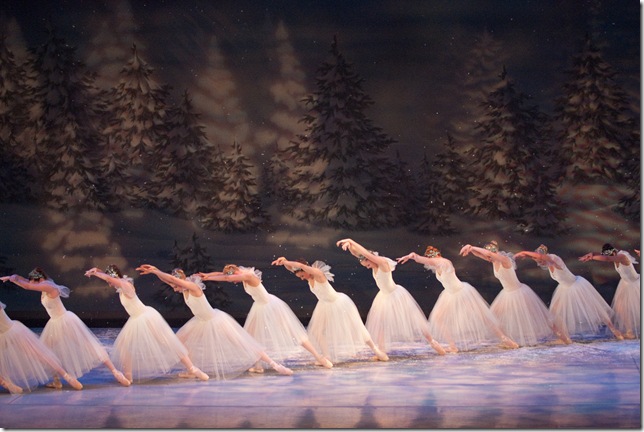 As aficionados are happy to point out, The Nutcracker is a most unusual classical ballet in that it doesn’t really have a central character.

What it does have is a first half in which mime is crucial to telling the story, and a collection of widely varied dances for the second. It’s a strange story, too, drawn from a tale by the German Romantic writer E.T.A. Hoffmann, and no doubt reflective of the nightmares of a rural Prussian youth of the late 18th century, where soldiers were everywhere outside, and mice everywhere inside.

The ballet was originally produced in 1892 as part of a Tchaikovsky double bill in which the composer’s new one-act opera, Iolanta, opened the evening and The Nutcracker closed it. Iolanta, despite its many beauties, has yet to secure much of a place in the repertory (though Anna Netrebko has championed it), but The Nutcracker is, at least in North America, probably the best-known ballet of all, not least because it has been a rite of youthful passage for millions of young girls and boys learning about the world of dance and the theater.

I saw it twice the weekend of Nov. 30 and Dec. 1, done by local community companies who present it every year: 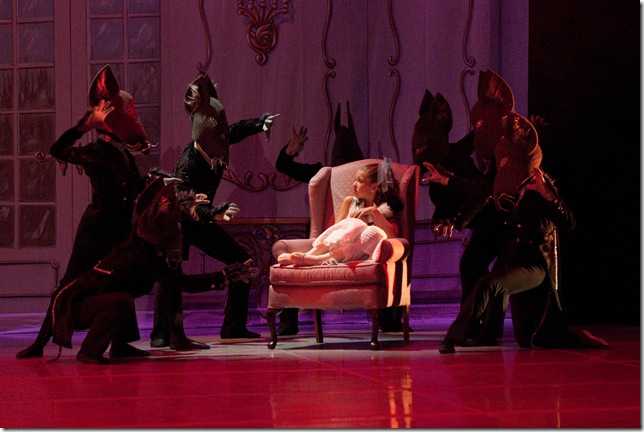 Those who have seen Colleen Smith’s company in action know the Ballet Palm Beach founder is able to impart a strong sense of performance discipline to even the youngest members of her troupe, and that she is able through vivid dramaturgy to make the most of the resources she has.

That was entirely true of her Nutcracker, which played to a large house the night of Nov. 30 at the Eissey Campus Theatre in Palm Beach Gardens. The production, while somewhat meager from the standpoint of a suddenly growing Christmas tree (it didn’t), was pretty to look at, with beautiful costumes, decent ensemble dancing, and a wry sense of humor that popped out from time to time.

It also had expert dancing where we expect it, from the Sugar Plum Fairy and the Cavalier, in this case the familiar Ballet Palm Beach duo of Lily Ojea and Rogelio Corrales. Both added the requisite big-ballet sense of high style to their pas de deux and their separate work, and Ojea’s long string of pirouettes during the celesta cadenza in the Dance of the Sugar Plum Fairy were lovely to behold.

Some of the more memorable moments in this charming production came from Madeleine Miller as the Columbine Doll and Johanna Hurmemaa as the Military Doll, both of whom were persuasive as wind-up toys, and Emily Nichols did nice work as a belly dancer for the Arabian Dance (though some of the hand gestures were more Bollywood than soukh).

Eric Emerson showed terrific energy as the Rat King (upgraded from mice, apparently), which was a good change from the sometimes wooden rodent bosses you see in this show; here, we really got the sense of an impending fight. Marshall Levin carried a lot of the story in Act I through his forceful, non-mysterious Herr Drosselmeyer, and there were good solo turns from Miller as the Snow Queen and Megan Dunn as the Dew Drop Fairy.

Ballet Palm Beach productions, as I’ve mentioned, use Smith’s large company of children very cannily, and it is some of the tableaux that were especially memorable here: the Angels, for instance, at the beginning of Act II, were numerous and adorable, as were Mother Ginger’s children, all 12 of them in this case, who came running on after Mother Ginger took the stage, rather than popping out from under a giant skirt apparatus.

Then, too, what remembers is the laudable sense of vigor and enthusiasm that came across throughout the show; each of the Sweets gave everything they had to their moment in the spotlight, and each Soldier, Snowflake, Rat and Flower seemed to be working hard to entertain its audience, and that says a lot about this company’s esprit de corps.

It was the kind of performance, indeed, that led one to wonder what kinds of things Ballet Palm Beach could come up with if it had a bigger production budget; it already has the star soloists, the choreographic variety, a strong overall level of dancing, and the obvious and laudable commitment of its troupe. 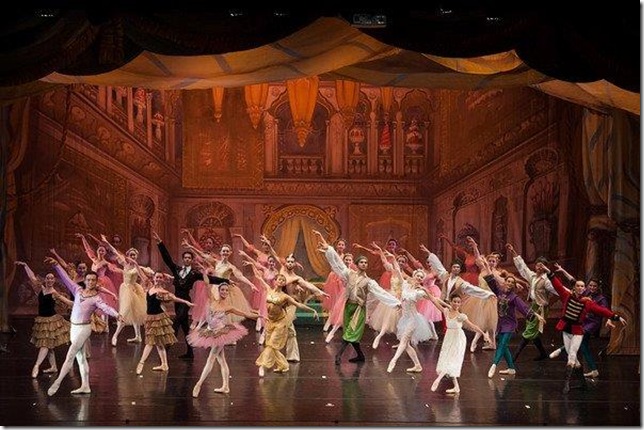 During the overture of The Nutcracker, a delightful piece of orchestral writing that immediately sets the mood of lightness and melody that will characterize the whole work, the members of the Boca Ballet Theatre gave its audience a nice bit of business: Groups of partygoers heading to the Stalbaum house for a day of Christmas celebration.

Those same partygoers appeared at the very end of the ballet, too, coming back across the stage to wrap up the story like a bow on one of their packages, and it was one of the extra touches that added a lot to this presentation by Dan Guin and Jane Tyree’s company of Tchaikovsky’s deathless ballet.

This was a fairly elaborate presentation of the ballet, and in all important respects it had the variety and sense of excitement it needs to work. Two American Ballet Theatre members, Sarah Smith and Roman Zhurbin, were the Sugar Plum Fairy and Cavalier, and danced beautifully.

Smith was precise and elegant, and Zhurbin was admirably strong, which was especially notable in the several leaps into display positions that Smith performed; each was a little more daring than the last, and it added a feeling of acrobatic daring to the dance.

That was also true of Alexey Kulpin, who took the athletic side of things to a dazzling level with huge in-air splits during the Trepak (which the large audience at the Olympic Heights High School acclaimed with a roar), and then a series of acrobatic rolls when the three Russian dancers came back out to say farewell to Clara and her prince. 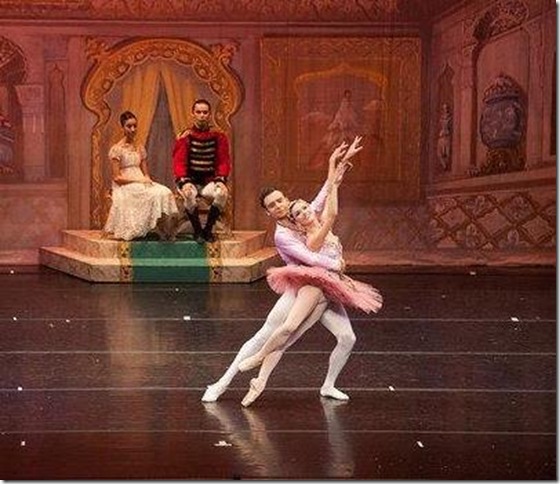 There also was a good energetic turn from Shannon Smith as the chief Spanish dancer in the first of the Sweets, attractive work from each of the groups portraying the other confections (and a funny Ted Negus in drag as Mother Ginger), and some lovely ensemble moves from the four yellow and 12 pink flowers, working off each other in contrast.

Even in Act I, where the emphasis is more on action and getting the story across than pure dancing, Guin had all his party people joining in on the Grossvater Tanz, and this is where Sunday’s Clara, danced by 14-year-old Sasha Lazarus, stood out.

A Dreyfoos student who has been dancing most of her life, Lazarus moved with a lightness and a grace that was instantly noticeable and eye-catching. She seemed to float more than dance, making the ensemble steps she was doing seem effortless compared with everyone else. That, it seems to me, is the stuff that good ballerinas are made of, and it will be a pleasure to see what else she does in future productions.

In general, this was a very fine community Nutcracker, with gratifyingly high production values, a strong corps, and some exciting individual performances. This troupe has considerable support from a big, enthusiastic aggregation of parents, siblings and fans, and that surely helped give this version of the ballet such a cozy, confident staging, and such a warm response.

Film: Just in time with the opening of movie theaters in Palm Beach County comes the season’s most … END_OF_DOCUMENT_TOKEN_TO_BE_REPLACED

Music: The very last concert Franz Joseph Haydn attended in his life was in March 1808, about a year … END_OF_DOCUMENT_TOKEN_TO_BE_REPLACED