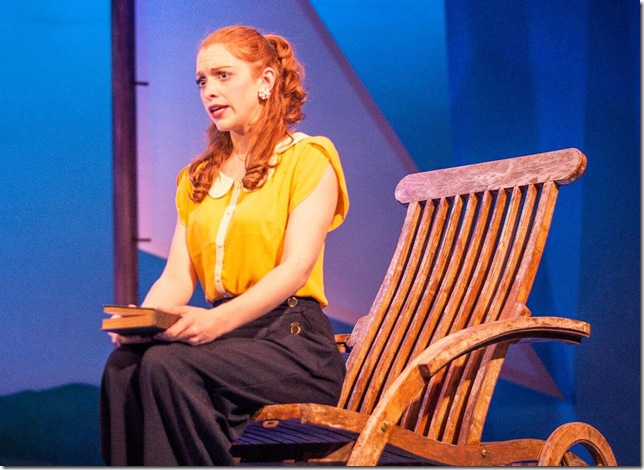 Lake Worth Playhouse goes all out for its first show of 2016, High Society, the tale of a Long Island socialite who waxes blasé on the night before her wedding when two suitors try to nudge her away from the groom-to-be. It’s an interesting mix of highbrow banter and scatterbrained hijinks that is well worth seeing.

Jodie Dixon-Mears, the artist boss at the downtown Lake Worth venue, sits squarely in the director’s chair and fully takes command of this show, ordering up a five-piece live band and a stage setting by fine-eyed designer Cindi Taylor, one consisting of four large sails that also serve as entrance and exit ways for the cast.

Dixon-Mears has also assembled a talented cast with formidable voices to vocalize the Cole Porter score that contains some new and updated lyrics from Susan Birkenhead. Choreographer Roger Dunson holds the players’ feet to the fire — not literally, of course — to come up with some fancy footwork that adds to the festive mood of the show.

The music track includes well-known Porter tunes like “True Love,” “Let’s Misbehave,” and “I Love Paris,” but even the lesser-knowns are pretty good. “Who Wants to Be a Millionaire” is today more associated with a TV quiz show than a stage performance, and “Say it with Gin” is a terribly funny song featuring actor DV Carr as Uncle Willie, who threatens to steal the spotlight with his combination of charm, wit and lascivious intent.

High Society opened on Broadway in 1998. It is based on the 1956 film of the same name starring Bing Crosby and Frank Sinatra, and Grace Kelly in her last film role before hooking up with Prince Rainier. That ‘50s flick was based on the 1940 film, The Philadelphia Story. 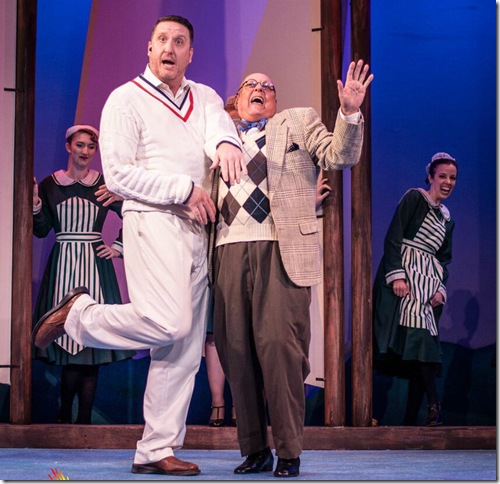 As it turns out, Willie is hosting a party for wedding guests that evening, the night before the nuptials. Tracy’s unwelcome ex-husband and neighbor, C.K. Dexter Haven (Michael Cartwright) sails up to the estate in his yacht. Dexter informs Tracy and her family that reporters Macaulay “Mike” Connor (Isaac Ocean) and Liz Imbrie (Gabriella Saramago) will be covering the wedding for a cheesy tabloid magazine while pretending to be guests. Dexter invited them so the rag would halt publication of an exposé of Tracy’s father, Seth (Michael Hammonds), who is estranged from Tracy’s mother because he is having an affair with a dancer.

You got that so far? Don’t worry, you’ll get a program when you enter the theater.

Anyway, things go a little crazy when George gets heavy competition for Tracy’s hand. Apparently unaware of this, Tracy sings and dances with the staff, gets drunk and ends up skinny-dipping with Mike (off-stage, of course).

The next morning, George is appalled, Tracy is still a little hazy about the whole thing. And despite the apparent out-of-control nature of this plot, everyone seems eventually to live happily ever after. 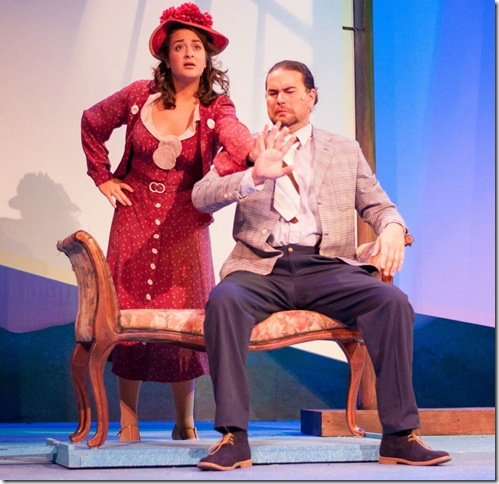 Carr vies with Glennon for stage-stealing honors. As Uncle Willie, Carr remains innocent, though he’s very close to being a dirty old man. Glennon is cute, clever and curious, always looking for mischief. She doesn’t quite become the irritant she could be, thanks to her darling demeanor.

Saramago and Ocean come on like a couple of hard-bitten tabloid reporters. And while she is first to show her softer, gentler side, it takes a bit longer for him to reveal he has emotions other than those involved in snagging a scoop.

King is delightfully snooty as Tracy’s mom, otherwise known as Mother Lord. And she does lord over her daughter, giving her offspring advice that she usually ignores. This gives the production a nice touch of mother-daughter tension, but doesn’t spoil their relationship. 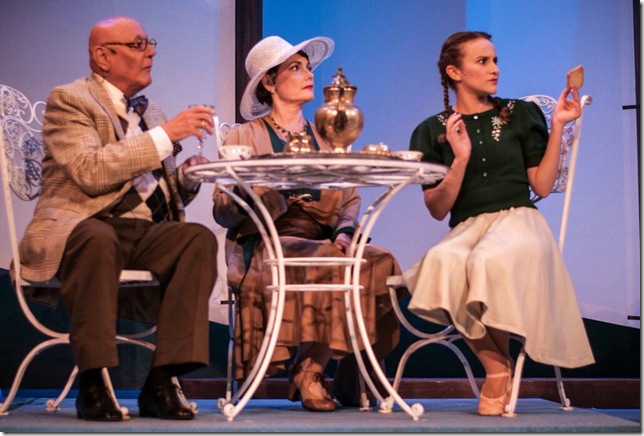 Michael Hammonds plays Seth as a cool character who definitely has an emotional streak — and finally gets to show it in the end.

In the orchestra pit, musical director Roger Blankenship is joined by Sandi Hagood on percussion, Branden Stair on bass, Dan Palace on brass and Glen Ravinelli on woodwinds. Together, they are a fine ensemble, meeting the singers note for note.

High Society concludes with shows Thursday, Friday and Saturday at 8 p.m. and Saturday and Sunday at 2 p.m. at the Lake Worth Playhouse, 713 Lake Ave., Lake Worth. Call 561-586-6410 or visit www.lakeworthplayhouse.org.

Film: Just in time with the opening of movie theaters in Palm Beach County comes the season’s most … END_OF_DOCUMENT_TOKEN_TO_BE_REPLACED

Music: The very last concert Franz Joseph Haydn attended in his life was in March 1808, about a year … END_OF_DOCUMENT_TOKEN_TO_BE_REPLACED