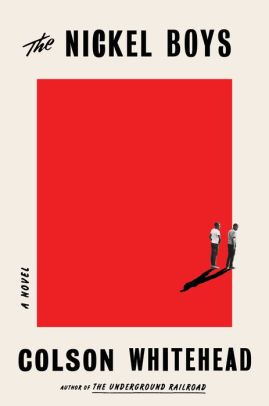 Colson Whitehead won both the Pulitzer Prize and the National Book Award for his novel The Underground Railroad, a compelling story of slaves escaping from Southern plantations on a fictional below-ground train.

Now he follows that masterpiece with the story of a brutal boys’ reform school in the Florida Panhandle.

The central character is a black teenager named Elwood who is drawn to the non-violent wisdom of Martin Luther King Jr. and dreams of going to college. However, one day he is given a ride in a car that turns out to be stolen. The fact of his innocence makes no difference. As punishment he is sent to the Dozier School for Boys, which in the novel is the Nickel reform school.

Troublesome black boys were quietly moved to a location called The White House, where they endured beatings, torture and sometimes death.

The Nickel Boys is based on real events in the Panhandle town of Marianna. Some black teenagers disappeared into unmarked graves. Black boys were routinely beaten with straps in the middle of the night and sometimes killed. There were no arrests and little public acknowledgment of the crimes against boys because of their skin color.

The segregated Dozier school opened in 1900 and finally was shut down more than a century later in 2011. More than 40 bodies have been recovered. State and federal officials are continuing to investigate with help from the University of South Florida. Journalists are tracking down survivors.

Whitehead is a fine writer. Much of the book’s wisdom, as in The Underground Railroad, lies between the lines.

After writing The Underground Railroad about slavery and racism, Whitehead had no intention of writing another book on the subject. He had never heard of the Dozier School for Boys, but quickly became intrigued.

The school was segregated. Whites had extra privileges and did not have to endure beatings, rapes and torture, as did blacks. The beating strap was three feet long with a wooden handle, and they called it Black Beauty.

We read of the indignities heaped on black students by white students. Blacks were given used textbooks, passed down by whites who defaced pages with slurs such as “Choke N—–r” “You Smell” “Eat S–t.”

“Problem was even if you avoided trouble, trouble might reach out and snatch you anyway. Another student might sniff out a weakness and start something,” Whitehead writes.

The young inmates learned there are limited ways of getting out of Nickel. They can complete their sentences; a court might intervene; or a boy might die or run to freedom.

Nickel Boys serves as a potent reminder of the long history of slavery and the poison of hatred and racism still in evidence more than a century after the Civil War.

Film: Playwright August Wilson began his chronicle of the African-American experience throughout the … END_OF_DOCUMENT_TOKEN_TO_BE_REPLACED

Film: Just in time with the opening of movie theaters in Palm Beach County comes the season’s most … END_OF_DOCUMENT_TOKEN_TO_BE_REPLACED

Music: The very last concert Franz Joseph Haydn attended in his life was in March 1808, about a year … END_OF_DOCUMENT_TOKEN_TO_BE_REPLACED