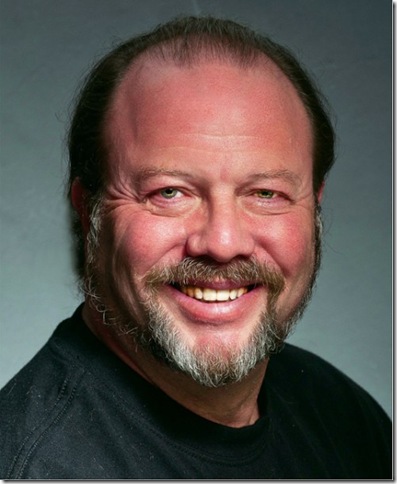 At various times in Avi Hoffman’s life, being Jewish has been a blessing and a curse — a ticket to stardom and a one-way ticket to oblivion. It has made him the toast of Broadway, but has also made toast of his career.

The actor whose livelihood has taken more up and downs than an unemployment office elevator reviews his life of triumphs and travails in Avi Hoffman’s Still Jewish After All These Years: A Life in the Theatre at the Willow Theater in Sugar Sand Park, Boca Raton. The show will finish a two-weekend stay Sunday, courtesy of the Boca Raton Theatre Guild.

Still Jewish After All These Years is the third leg of a Hoffman trilogy that began with Too Jewish? and Too Jewish, Too, both of which began as off-Broadway shows. Like its two predecessors, Still Jewish is mainly a one-person show, with Hoffman offering his life story peppered with jokes, tunes, whimsical stories, broken dreams, fulfilled dreams, desperation, being wanted, not being wanted and money — having it and not having it. Also in this production is Caryl Ginsburg Fantel, Hoffman’s music director and a splendid pianist who also happens to be the daughter of the late TV personality Mr. Food.

They share the stage with four large murals that are festooned with labels from Jewish products, two 29-cent Jack Benny stamps, an ad for Sabbath Candles made in China and a newspaper clipping for Boychik’s Pizza Parlor, among other things. The set is minimal — a table with a large bottle of water that Hoffman drinks from frequently; a clothing rack with several sport coats (including the actor’s familiar madras one) and a chair.

Hoffman does two 60-minute sets separated by an intermission. His pace is quick, with only occasional interludes for quiet reflection on some seminal moments in his life. The audience soon picks up on Hoffman’s frequently repeated line, “And then — I got the call.” That’s how he jumps from one life event to another.

The multi-talented performer, a Bronx native, said he was born acting – and that is literally true. He said his birth was viewed by 25 medical students who were brought to the hospital to see a Caesarean birth. He said the doctors “held me up and showed me to the students.”

The son of Holocaust survivors, Hoffman quickly learned Yiddish, but found there is “not much of a demand for 4-year-olds who speak Yiddish.” His connection to one of the most horrific events in Jewish history has given Hoffman an abiding love for his Judaic roots. Many of his roles have involved Jewish characters of all types.

If you see the show, you’ll soon learn that Hoffman is connected at the hip to Fiddler on the Roof, having begun playing the lead role of Tevye as a child. “I was a 10-year-old Zero Mostel,” he chuckled, then played an audiotape of his performance (“My mother taped everything I did.”). He actually was written up in a New York Times review which said that “Avremele Hoffman displays a sense of humor.”

The actor’s medley of Fiddler tunes, with dramatic recitations from the play, is perhaps the highlight of the program. The show reflects his many years of honing his craft. It’s intriguing to learn that Hoffman, on occasion, has been a theatrical commodity, the “go-to Jew,” as he called it. He also performed with many well-known actors. While living in Israel, he was in the film Bloomfield, with Richard Harris. Hoffman said the movie “is remembered as one of the 10 worst films ever made.”

The Still Jewish actor told how he soared to the stage in shows like The Golden Land and The Rise of David Levinsky — with famed actors Lawrence Luckinbill and the late Larry Kert. He recounts meeting famed Broadway producer Joe Papp, and how he shared a stage with Mandy Patinkin and Christopher Reeve at the New York Shakespeare Festival. Hoffman even snagged a part in an episode of Law and Order.

His Jewish dilemma is grist for an intriguing story and it led to his decision to create the Too Jewish? series. In the show, he talks about his support of The Dachau Album Project, 30 color drawings that form a narrative of life in the Dachau concentration camp. The album also contains several Nazi uniform patches, a swatch of a prisoner’s uniform and hundreds of photographs portraying the horrors of the camp, followed by the jubilation of the prisoners upon liberation.

Still Jewish After All These Years offers the audience a rare opportunity to hear an artist’s backstory, enjoy a heartwarming show and help a performer’s cause.

Music: The very last concert Franz Joseph Haydn attended in his life was in March 1808, about a year … END_OF_DOCUMENT_TOKEN_TO_BE_REPLACED

Film: Major League Baseball culminates each season with the World Series, but to find the true … END_OF_DOCUMENT_TOKEN_TO_BE_REPLACED