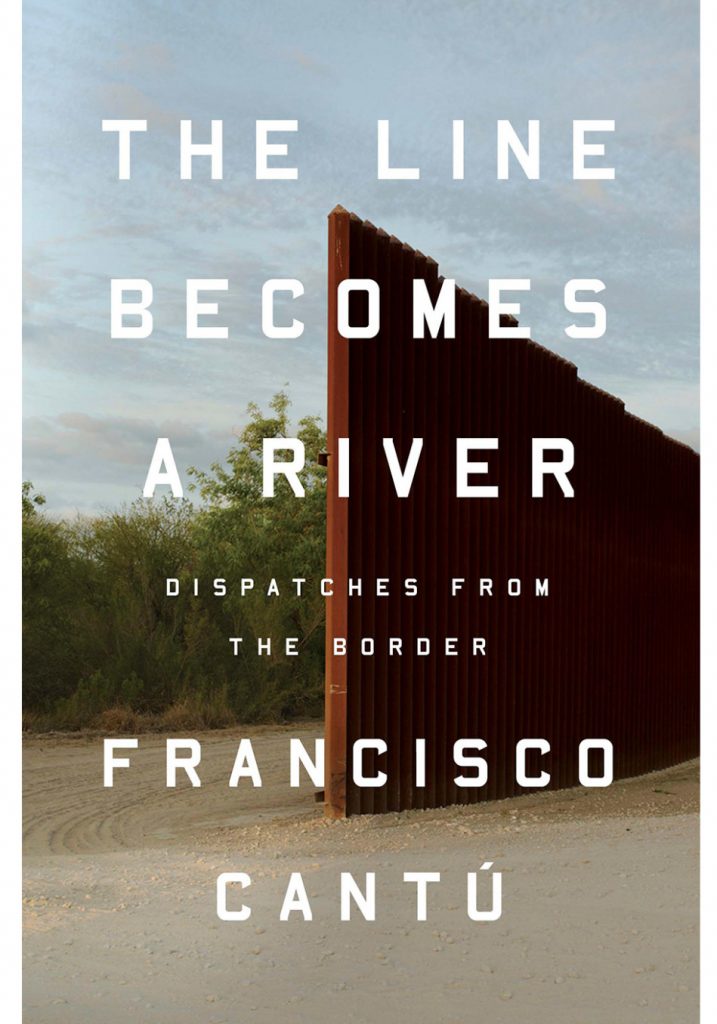 After Francisco Cantú graduated from college with honors, he decided to enlist in the U.S. Border Patrol, which detains Mexicans illegally crossing into the United States.

In The Line Becomes a River, the author’s illuminating prose cites injustices and tragedy on both sides of the border. Mexicans enter the United States in the middle of the night far from cities and wander in the desert for days without food or water, hoping they will be rescued. Agents frequently come upon bodies. A half-naked man is found curled up in the fetal position. He had been drinking his own urine for four days to survive.

Some fleeing Mexicans are desperate to find work, while others want to escape cartel-inspired violence. Thousands of people are targeted by the drug cartels, which sometimes cut off the heads of their victims. During a two-month period 460 bodies were delivered to a Mexican morgue near the border.

Cantú talks to his second-generation Mexican mother, who spent years as a U.S. park ranger. She tells her son not to become a Border Patrol agent, but he dismisses her advice, looking forward to working outdoors in the vast countryside.

But the author soon tires of his job. “I had reached a point at which I could barely sleep, a point at which my mind had become so filled with violence that I could barely perceive beauty in the landscape around me.” He moved to a desk job before quitting the Border Patrol. He then went to work in a coffee shop near the border while studying for a master’s degree.

Cantú befriended José, a Mexican who had crossed into the United States illegally more than 30 years ago.

José has three sons, ages 15, 10 and 8, when he receives word that his ailing mother is dying in Mexico. He decides he must visit her before she dies, knowing he will not be allowed to return to America because of his status as is an illegal immigrant. After he sees his mother, he is caught crossing the border. He is sent back to Mexico by a judge who warns him that he will face a long prison term if he is caught crossing again. But José cannot accept the idea that he might never again see his sons.

José’s case is relevant to the debate about allowing long-time illegal residents to remain in America. In this case, a model father is cut off from his sons.

By sending illegal immigrants back to Mexico, José says, “the U.S. is making criminals out of those who could become its very best citizens.”

The author has mixed feelings about the Border Patrol. Some agents are cruel and abusive, while others sympathize with the plight of desperate illegal immigrants. One man told agents about a woman and her daughter dying in the desert. They found the woman’s body, which was decomposing, and a girl who was missing a leg. “Even the agents began to cry.”

Cantú describes the horrific toll of bloodshed in areas of Mexico controlled by drug cartels. During a six-year period, the government recorded 100,000 cartel murders.

The author’s experience as a border agent changed him, giving him a deeper insight into the failure of U.S. immigration policy. Although the book is filled with vivid prose, Cantú skips around too much, mixing history, background and sometimes confusing dialogue.

José will do anything, even at the risk of serving a long prison term, to be able to see his boys again. “My boys are not dogs to be abandoned in the street. I will walk through the desert for five days, eight days, 10 days, whatever it takes to be with them.”

José has tried four times in six months to sneak across the border, without success. Readers are left not knowing where he is living, cut off from his wife and children.

The Line Becomes a River: Dispatches from the Border, by Francisco Cantú; Riverhead, 250 pp., $26.00

Film: Playwright August Wilson began his chronicle of the African-American experience throughout the … END_OF_DOCUMENT_TOKEN_TO_BE_REPLACED

Film: Just in time with the opening of movie theaters in Palm Beach County comes the season’s most … END_OF_DOCUMENT_TOKEN_TO_BE_REPLACED

Music: The very last concert Franz Joseph Haydn attended in his life was in March 1808, about a year … END_OF_DOCUMENT_TOKEN_TO_BE_REPLACED