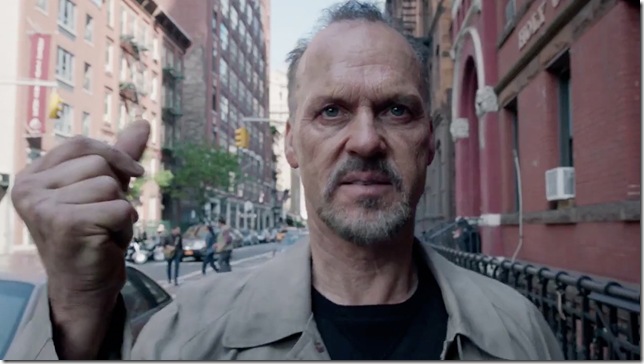 After another summer of superheroes, sequels and special effects, Hollywood got serious and released enough films of quality for adults to fill a 10-best list. You have to wonder how the industry can churn out so many exceptional movies in November and December, and so much junk in the first 10 months of the year.

To land on the list, a film has to open in South Florida during the past calendar year, which leaves out Selma, Mr. Turner and Still Alice, all likely Oscar nominees that will not arrive locally until January.

1. Birdman — Easily the best, most entertaining and most original film of the year, a giddy backstage journey, conceived and executed by Mexican director Alejandro Iñárritu (Babel). Perfectly cast with Michael Keaton as a down-on-his-luck movie star (like Keaton) who made a few superhero movies (like Keaton), but eventually walked away from the franchise when he landed in a creative rut (yup, like Keaton). So he tries to make a career comeback directing himself in a Broadway play he has written, based on a Raymond Carver short story. Little goes right for the character, who is confronted by his ex-wife, his possibly pregnant girlfriend, his just-out-of-rehab daughter, his egotistical replacement co-star and a theater critic out for his head. Iñárritu corrals a terrific ensemble cast (Edward Norton, Emma Stone, Naomi Watts, Lindsay Duncan, etc.) in a magic realism-infused saga with ingenious camerawork that simulates one continuous shot. 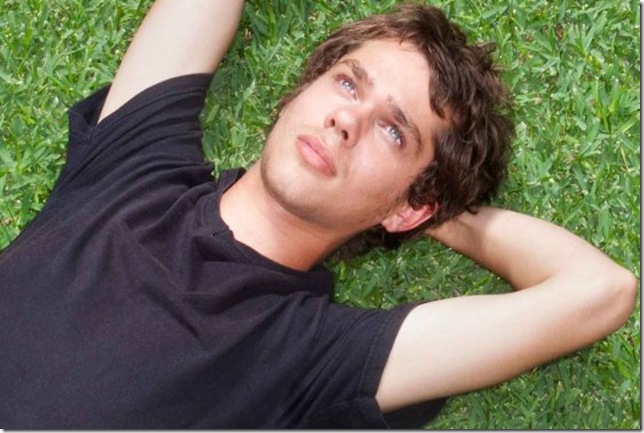 2. Boyhood — The riskiest project of the year succeeds beyond expectations, relating the conventional history of an ordinary young man’s life from ages 6 to 18. No trick of make-up, the movie was actually filmed over a 12-year period – a little bit each year — as amateur actor Ellar Coltrane grows into adolescence, blossoming as a performer before our eyes. Director Richard Linklater (Before Sunrise, Sunset and Midnight) guides his cast – including Ethan Hawke and Patricia Arquette as Coltrane’s quickly divorced parents – through a largely improvised screenplay that has elements of soap opera, but ultimately convinces us of its human-scale authenticity. 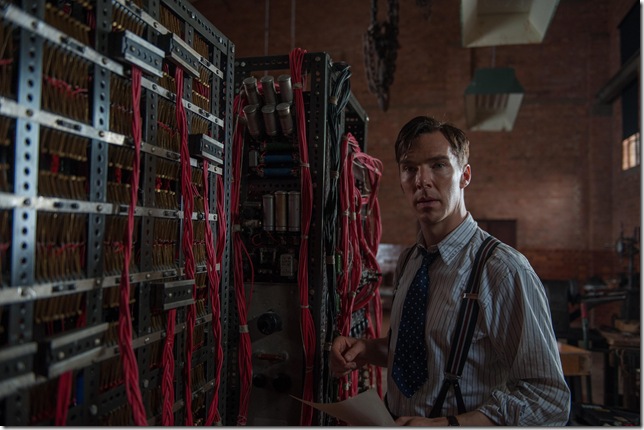 3. The Imitation Game — Benedict Cumberbatch (PBS’s Sherlock Holmes) gives a remarkable performance in his already remarkable career playing real-life math whiz Alan Turing, recruited by the British government to help crack the Nazi Enigma code and thus shorten World War II. The problem is he is incorrigibly self-centered and never learned to work with others. Still, his brilliance almost outweighs his faults, as he virtually invents the computer and the field of artificial intelligence by building a machine that deciphers faster than man. But not only is the project top secret, robbing Turing of any public recognition, this war hero is eventually prosecuted for homosexuality. Norwegian director Morten Tyldum relates the tale with period accuracy and — an even tougher trick — he pulls a nice performance from Keira Knightley as the code-breaking team’s lone woman.

4. Whiplash — Perennial character actor J.K. Simmons (Spider-Man, Juno) finally gets a central role playing a maniacal music teacher intent on elevating student Miles Teller to his full potential as a jazz drummer, by any means possible. To be determined, though, is whether his tough love training method is justified or whether he is mentally unbalanced. Writer-director Damien Chazelle’s approach is unflinching and involving, turning him into a filmmaker to keep an eye on. The mentor-protégé dynamic has surprising universality and, in addition, moviegoers will surely never think of music conservatories or drummers in the same way again.

5. Force Majeure — Swedish director Ruben Östlund asks us to weigh our reaction to the crisis of a family on a ski vacation that is faced with a rapidly approaching avalanche. Rather than acting heroically, the father makes a split-second decision to save himself instead of protecting his wife and children and lives to regret his blatant cowardice. Rather than putting the focus on the snowdrift, Östlund is more interested in the crumbling family dynamic and the way we reconstruct of events that show us in less than heroic light. Bound to be a foreign language Oscar nominee and probably the front runner for the award. 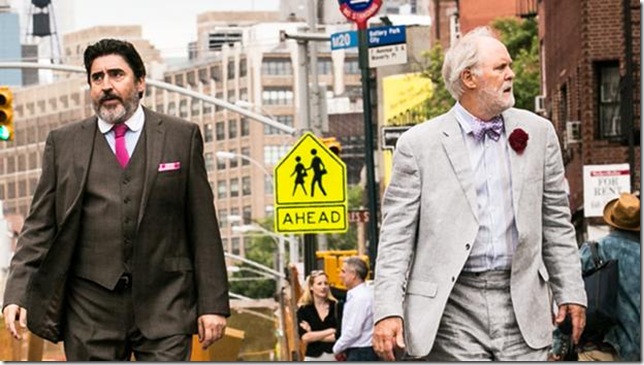 6. Love Is Strange — Same-sex marriage is the subject of this perceptive and non-judgmental tale of two middle-aged Manhattan husbands (Alfred Molina, John Lithgow) whose lives are turned upside down when the former is fired from his Catholic school teaching job for being so openly gay. Financially strapped, they have to vacate their apartment and live with friends and relatives. Director Ira Sachs’ screenplay avoids gender politics, but fills in observant details about contemporary urban life. 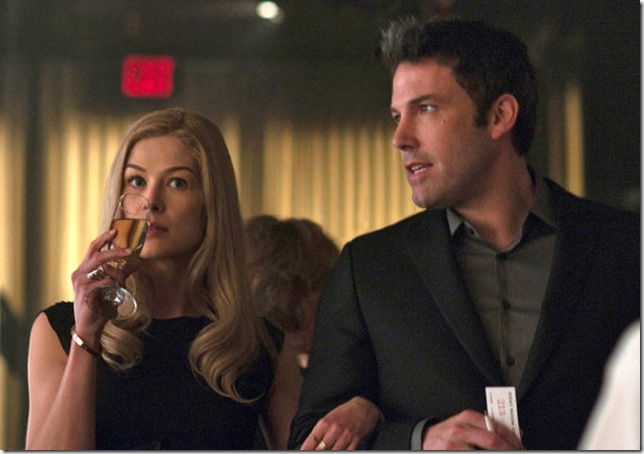 7. Gone Girl — Gillian Flynn’s runaway best-seller gets a faithful screen adaptation from director David Fincher (The Social Network, Benjamin Button), and that’s about the only thing that is faithful in his satirical look at  the institution of marriage, tabloid media and suburban life. The twist-laden plot is set in motion when a man (Ben Affleck) returns home one afternoon to find his wife missing and is soon accused of her murder. Affleck has never been better, but the film is stolen from him by Rosamund Pike as his wily wife.

8. Citizen Four — Documentary director Laura Poitras puts herself squarely into her movie as she and a journalist colleague travel to Hong Kong to meet and strategize with infamous whistleblower Edward Snowden, as he prepares to go public with his revelations about the U.S. program that spies on American citizens. While it is clear where Poitras’s sympathies lie, she leaves it up to us to decide whether Snowden is a hero or a traitor. 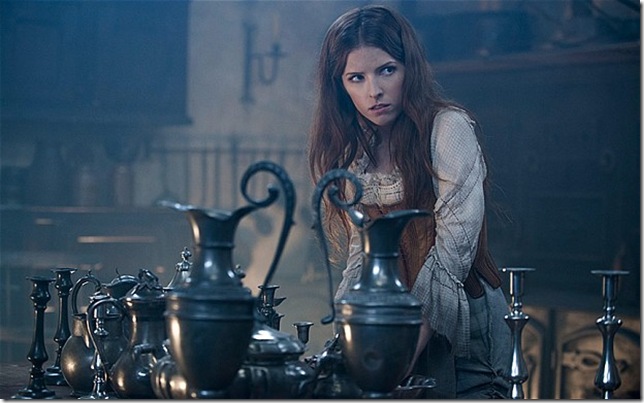 9. Into the Woods — It has taken a long time for Stephen Sondheim’s 1987 Broadway musical to make it to the big screen, but the wait was worthwhile. Although it arrives under the Disney Studios umbrella, the film of intertwined fairy tales has not been sweetened for family consumption, and a surprising amount of Sondheim’s tongue-twisted score is intact. The plot, which involves Cinderella, Jack of beanstalk fame, Little Red Riding Hood, Rapunzel and a childless baker and his wife, has been clarified by screenwriter James Lapine and given a visual flair by director Rob Marshall (Chicago, Nine). And the cast, headed by that very promising Meryl Streep as The Witch, sings nimbly and well. 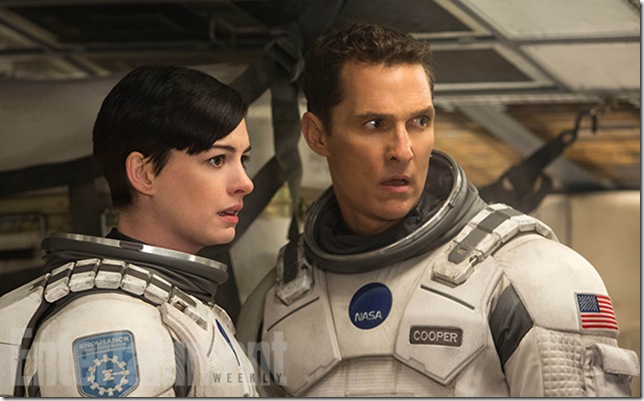 10. Interstellar — After a trio of commercially successful Batman movies, filmmaker Christopher Nolan indulges himself with a $165 million science fiction epic, a 2001: A Space Odyssey for a new generation. Somewhere in the near future, the earth is unable to feed its inhabitants and NASA is investigating how to send people to deep space to distant colonies. Oscar winner Matthew McConaughey heads a cast as a former test pilot reeled back into the space program to investigate mysterious worm holes where food-starved earthlings might live. Although the story is cerebral, it also has an emotional component with a father-daughter tug, all rooted in the tenets of Einstein’s Theory of Relativity.

Film: Playwright August Wilson began his chronicle of the African-American experience throughout the … END_OF_DOCUMENT_TOKEN_TO_BE_REPLACED

Film: Just in time with the opening of movie theaters in Palm Beach County comes the season’s most … END_OF_DOCUMENT_TOKEN_TO_BE_REPLACED

Music: The very last concert Franz Joseph Haydn attended in his life was in March 1808, about a year … END_OF_DOCUMENT_TOKEN_TO_BE_REPLACED