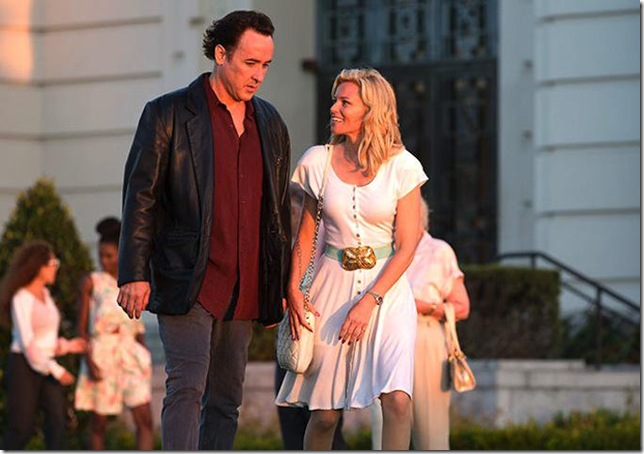 Although crippled by mental illness throughout much of his career, Beach Boys’ lead singer/songwriter Brian Wilson was not diagnosed as schizophrenic. Yet in the musical biopic, Love & Mercy, opening locally this weekend, he is portrayed by two very different actors — Paul Dano as the unstable, volatile Wilson in the 1960s and John Cusack as the later, near-catatonic Wilson in the 1980s.

Director Bill Pohlad (producer of such films as 12 Years a Slave and Wild) made no effort to make the two performers look visually similar. What’s more, they never met during the film shoot, since they had no scenes together.

“My theory on both Brians was that they needed to be somewhat independent,” explains the soft-spoken Pohlad. “I think ‘Looper’ was coming out about that time and I talked to Paul about it. That was interesting, but it’s not what we were going for here,” he says, referring to the 2012 film in which Joseph Gordon-Leavitt played a younger version of Bruce Willis, thanks to make-up tricks and digital effects.

“I didn’t want to use any prosthetics or even have Paul and John work together in a way that would coordinate anything they were doing,” says the director. “I wanted them to find their own Brian, kind of more organically. So they never met. Paul had his own way of doing it. Where John spent time with the real Brian, Paul never met him until, I think, the first day of shooting.”

Asked why he selected these two actors for the key role, Pohlad says, “I’ve always been intrigued by Paul as an actor, and curiously he’s always played a very dark character. Yet he has a sensitivity that somehow comes through, even though he’s playing a really creepy guy. So the idea of Paul playing this kind of a character that’s more sympathetic but still has a lot of things going on inside seemed like the perfect match.

“John was a different thing obviously. I knew he had it, I’ve always admired him, but you don’t know exactly how they’re going to do it,” shrugs Pohlad. “I just knew that he had the potential. He spent a lot of time with Brian and then he just immersed himself in the music, primarily the ‘Smile’ sessions. So often we would play ‘Smile’ on the set, literally right up until the time we would do a take or right through it.” 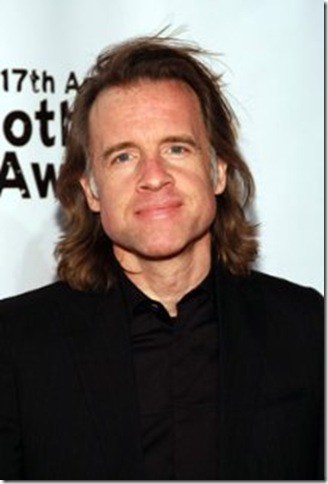 Pohlad was not a big Brian Wilson fan before working on Love & Mercy (“I would not be telling the truth if I didn’t say I grew up more as a Beatles guy than a Beach Boys guy.”), the more he researched Wilson’s personal story, the more intrigued he became.

Others had tried to write a screenplay of his struggles and failed to satisfy Wilson. Pohlad was pleased — and relieved — that they got along so easily. “First of all, Brian is a very pure soul, very childlike even now. He’s got an interesting and amazing quality to him that’s hard to pin down actually — who he is and where he’s coming from,” Pohlad says. “He just is innocent in a lot of ways, even though he’s been through a lot of very difficult things.”

He calls Wilson, who turns 73 later this month, “an unusual character. If you meet him, he’s kind of asocial. He doesn’t really like social situations, doesn’t like to talk to people for a long time. So it was a bit of a dance with him, working through it.

“He seemed to have a level of trust, but before we started shooting I wanted to make sure, so I set up a table read for him, where the actors would sit around and read the script. And he came in, sat there and, about a half hour into it, he appeared to be starting to nod off,” says Pohlad. “Then about halfway through, he got up and walked out. I thought, ‘Oh, we’re in trouble here.’ But he just went to the men’s room. And at the end he got up and started leaving and I went, ‘How was that?’ and he said, ‘It was great. Thanks,’ and he just walked out. But that’s what he normally does, it was no big deal.

“The turn of the story is that an hour later he called back and he had these really insightful notes. The whole time when I thought he was nodding off, he was listening carefully. That’s what I mean about him being hard to read sometimes, hard to pin down. And when we showed him the rough cut of the film as well, he had a lot of really insightful notes. You could tell that he knew what was going on.”

The first time Love & Mercy was seen by the public was at the Toronto International Film Festival last fall, a very emotional evening for all involved parties. “It was for all of us, but certainly Brian and Melinda,” says Pohlad, referring to Wilson’s wife, played by Elizabeth Banks. “They’d seen the movie before, but seeing it completely finished and kind of having the weight off them, where they didn’t have to worry too much about it, they could really enjoy it.

“It was a dream come true, for sure,” says Pohlad. “For me, it was so overwhelming, I’m not sure I could take it in. I really was in a state of shock, where you think, ‘This is going to be a horrible disaster’ and then it turns out pretty good.”

Love & Mercy is a human drama that Pohlad feels audiences would relate to even if it were not about Brian Wilson. “I certainly appreciate all the celebrity and the music, but for me it’s the human side, it’s who he is as a person and how he’s kept this pure quality to him,” says the director. “After all he’s been through, it’s amazing.”

Film: Playwright August Wilson began his chronicle of the African-American experience throughout the … END_OF_DOCUMENT_TOKEN_TO_BE_REPLACED

Film: Just in time with the opening of movie theaters in Palm Beach County comes the season’s most … END_OF_DOCUMENT_TOKEN_TO_BE_REPLACED

Music: The very last concert Franz Joseph Haydn attended in his life was in March 1808, about a year … END_OF_DOCUMENT_TOKEN_TO_BE_REPLACED