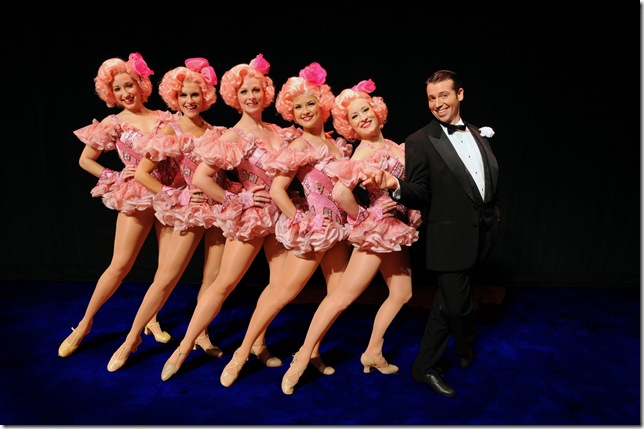 Most of the best in South Florida’s professional theater last year happened in Palm Beach County.

That is the impression left by the 36th annual Carbonell Awards for theater excellence in the region, presented Monday evening at the Broward Center for the Performing Arts in Fort Lauderdale.

Three Palm Beach County theaters — the Maltz Jupiter, Palm Beach Dramaworks and the Caldwell — picked up 13 of the awards named for the late sculptor Manuel Carbonell. In contrast, Miami-Dade troupes walked off with five statuettes and Broward scored only two.

The Maltz Jupiter Theatre, which went into the gala ceremony with 25 nominations — the most of any company — had a very good evening, taking home a total of seven Carbonells. Five of those were for its lively take on the Gershwins’ jukebox musical, Crazy For You. It was named the year’s best production of a musical and recognized for best direction of a musical (Mark Martino), best actor (Matt Loehr), best choreography (Shea Sullivan) and best musical direction (Helen Gregory).

Accepting awards frequently, Maltz producing artistic director Andrew Kato noted that he got his start as a waiter at the Burt Reynolds Dinner Theatre. “We are immensely grateful to this theater community. You are fabulous,” he said.

Crazy for You triumphed over two other Maltz musicals, which claimed one award each. The Sound of Music was cited for best actress Catherine Walker, and Joseph and the Amazing Technicolor Dreamcoat was named for its costume designs by Jose M. Rivera. Topping off the Maltz’s night was its receiving the Bill Von Maurer Award, given “to the theater company that exemplifies excellence for the totality of its programming: productions, educational outreach, developmental programs and audiences served.” 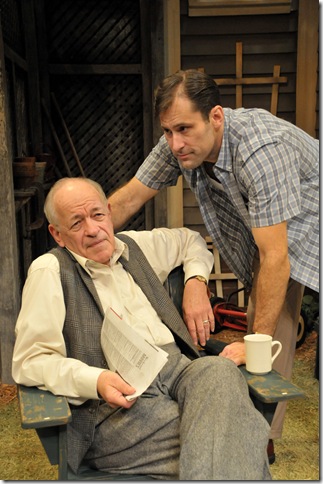 Radosh, who played the Collyers’ mother, thanked playwright Michael McKeever. “Michael, keep writing for women of a certain age. We need you,” she said.

First-time Carbonell winner Hoffman said from the stage: “I’ve been in this theater community 15 years. It’s taken me that long to win.”

Both of the Carbonells for Broward went to Mosaic Theatre, one of the few resident companies still operating in the county. Mosaic was cited for best ensemble (The Irish Curse) and best actress in a play (Deborah Sherman, Side Effects).

The 2012 George Abbott Award was given to theatrical producer and businessman Jay Harris. The Howard Kleinberg Award for contributions to the health and development of the arts in South Florida went to Mary Becht of the Broward Cultural Affairs Division.

Film: Playwright August Wilson began his chronicle of the African-American experience throughout the … END_OF_DOCUMENT_TOKEN_TO_BE_REPLACED

Film: Just in time with the opening of movie theaters in Palm Beach County comes the season’s most … END_OF_DOCUMENT_TOKEN_TO_BE_REPLACED

Music: The very last concert Franz Joseph Haydn attended in his life was in March 1808, about a year … END_OF_DOCUMENT_TOKEN_TO_BE_REPLACED