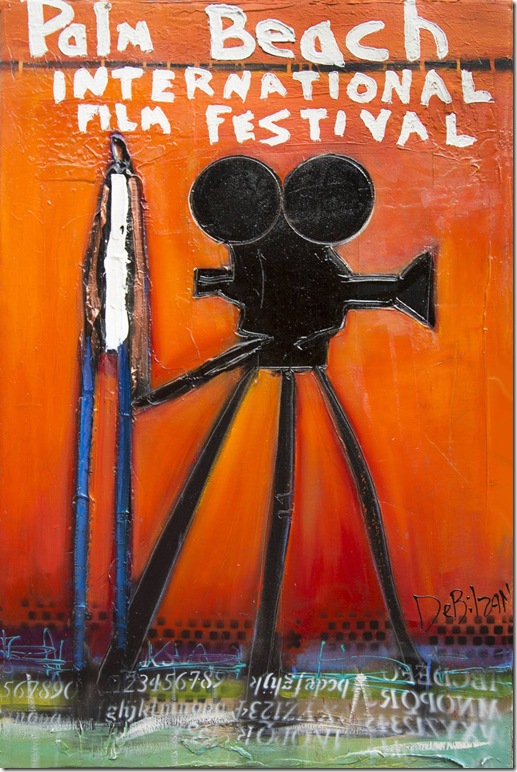 The Palm Beach International Film Festival, running April 4-11, turns 18 this year, and it reaches the age of maturity with a new emphasis on the films themselves. There will be 141 in all, including eight United States premieres and 26 world premieres from such diverse nations as Russia, Spain, Thailand, Palestine, Ethiopia and Nepal.

As she was putting the final touches on the festival ― and as its computers gave her a chance to pause by crashing ― the festival’s longtime director Randi Emerman spoke with Hap Erstein about what we can look forward to this year. (For more information, visit www.pbifilmfest.org.)

Erstein: Randi, you’ve been around the Palm Beach International Film Festival since its beginnings. How would you say it has grown and evolved over the past 18 years?

Emerman: I would say that we have become more about the films. We’re focusing on movies, the people that make these movies, the message of these films and the cultures from around the world.

Erstein: It this less glitz, more substance approach a result of the economic realities?

Emerman: My personal opinion? We got smarter. I mean, this is what a film festival is supposed to be about.

Erstein: In recent years, hasn’t the festival been struggling to survive?

Emerman: It’s been struggling financially, but it keeps going and the films get better and the attendance in the theaters gets better. 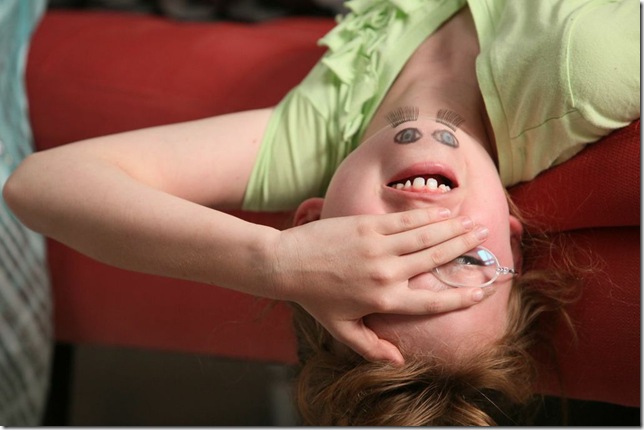 Erstein: Is the struggling lessening? Has the festival turned a corner as far as survival?

Emerman: Financially, no. It’s still difficult. I’d say it’s because of softening corporate sponsors. I think it’s about getting our name out there and explaining why people need to support this, why it’s so important to the area. Why they should be supporting these film festivals and their message.

Since 2001, we’ve used 6,300 hotel rooms. That’s the filmmakers bringing themselves in. That’s not us bringing people in and putting them up in hotel rooms. And that’s significant to the (local) economy. Because they’re eating, dining. And everyone who comes to the movies, from the minute they buy their tickets online, the economic engine starts.

Erstein: You had to jettison the gala, the high-ticket party, and essentially no one missed it?

Emerman: Certain people liked going, but a gala shouldn’t be what a film festival’s about. Personally, I loved the gala, but the festival is about the movies and being in movie theaters. 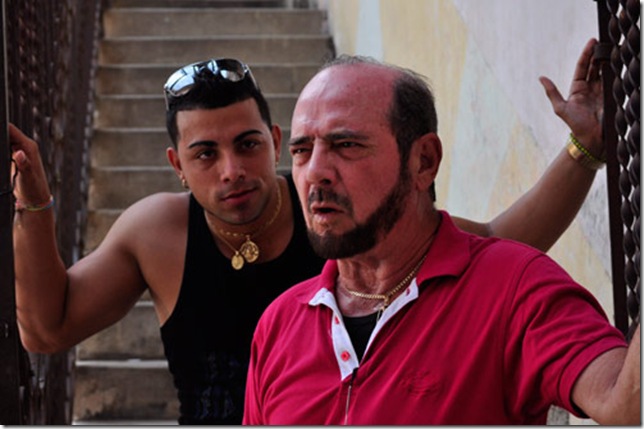 Erstein: You have a lot of films from around the globe. Are any countries represented for the first time?

Erstein: How did you get it?

Emerman: We just reach out. We write letters to different cultural attachés and embassies and film offices. So they submitted it. How they found out we won’t know until we get them here. They wanted the film here and they want to come with it.

Erstein: Tell me about the “sidebar” of five films from Eastern Europe.

Emerman: Last summer, I was reading in one of the trades that the Russian Cinema Fund was doing an event in Moscow called The Red Square Screenings. And knowing that there is a very large Eastern European community in South Florida, I wrote to them basically asking them if they had any titles to suggest, to let the filmmakers know about us, or if they wanted to put together a sidebar where we can promote Russian cinema, where people can experience it.

Well, a few months pass without hearing from them and then they invited me to come to Moscow and I went. They had actually invited 100 people from around the world to come and experience Russian cinema. It really wasn’t a festival, because the public wasn’t invited. It was only for the group of people that they invited to watch films and to meet filmmakers and distributors from Russia.

So I went and that’s where these films came from. It’s quite a range. We have a documentary, we have a film called Tilt from Bulgaria, about some 20-somethings and their lives. We have White Tiger, an Oscar submission from Russia, a war story which a lot of the films that I saw are. Then you have Match, which brings sports into the picture, with a war story in there as well. 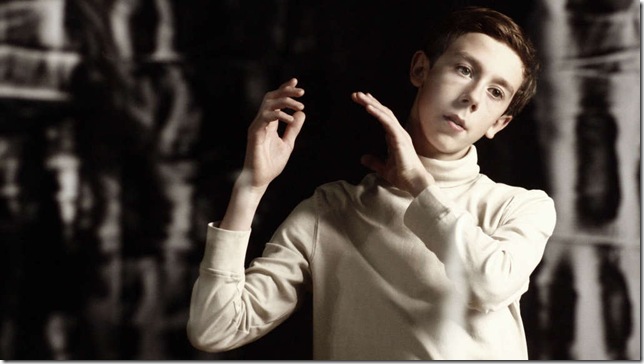 Erstein: Anything on the light side?

Emerman: My Dad Baryshnikov is adorable, really cute, about a little boy who thinks his dad is (Mikhail) Baryshnikov.

Erstein: With no gala, do you still give out awards?

Emerman: We do have something that we’re going to announce. It will be done in a more casual way, like we did last year.

Erstein: Aren’t awards the best way to lure celebrities to a festival?

Emerman: Unless it’s an Academy Award or a Golden Globe, that doesn’t always work. It’s about catching a person at the right moment. Our award probably isn’t going to make a difference in their life. But there’s a few more things to be announced. 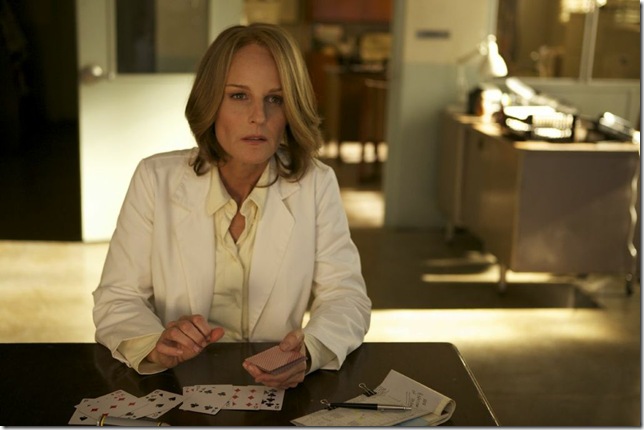 Erstein: Tell me about your opening night feature, a fact-based film called Decoding Annie Parker, about a woman who contracts breast cancer and believes there is a genetic link to the disease.

Emerman: I had heard about it. I looked into it and somebody I knew was one of the executive producers, so I contacted them. First of all, Samantha Morton did such a great job playing Annie Parker. And I had a weepy cry, but it was a good weepy cry. It was great, because I knew she was still alive. And the fight and the wit this woman had. It’s not a downer film.

And I knew that Annie Parker was available to attend ― I knew that when the lights come back up, I could introduce Annie to the audience. It’s a way for other people to see the battle and how she took the battle on.

Erstein: What about your closing night film, Chez Upshaw, a comedy about a bed and breakfast for those interested in assisted suicide?

Emerman: You know what, it’s just fun, it’s uplifting and a fun night. And Illeana Douglas will be here. The opening night film grabs you and you see the importance of movies. And the closing film is sheer entertainment, a good wrap-up to the festival.

Erstein: So after 18 years, what are the main challenges of pulling off the festival? 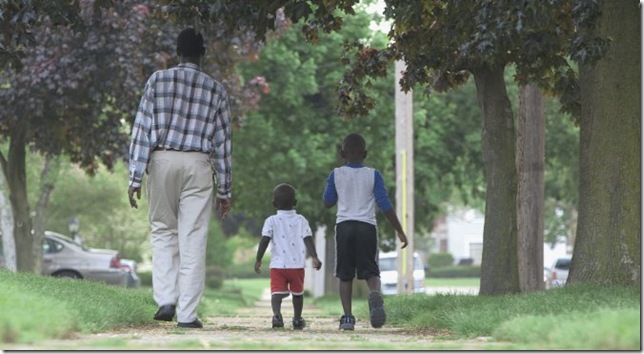 Erstein: I know this is like asking you choose among your children, but single out some of your favorite festival entries this year.

Emerman: You know I don’t like doing this, but I’d have to say My Dad Baryshnikov. I just thought it was so sweet. Lost Boys Home, which is about the lost boys of Sudan. And we’re going to have one of the lost boys here. He’s now grown and he goes back to Africa to try to find his family. Another heart-tugger with a message.

One called Comedy Warriors: Healing through Humor. About soldiers who were maimed in war and how they’ve come back to the U.S. and healing themselves through comedy. Miss, You Can Do It has a very strong local tie-in and it’s an HBO world premiere. That was actually submitted to us a few years ago and then they had to withdraw from the festival because HBO had picked it up. The producer-director, Ron Davis, happens to live in Wellington.

Of course, Decoding Annie Parker. And As High as the Sky is another very sweet film about a quirky woman and her relationship with her niece.

Erstein: Why should movie lovers come see this year’s festival?

Emerman: To experience other people’s lives, their cultures, their ambitions, their desires. To meet many of the filmmakers behind them. And to experience cinema they might not have any other way of seeing.

Erstein: How long do you plan to continue with the festival, Randi?

Emerman: I think I’m in for life. A life sentence. It’s a passion, and how could Palm Beach County not have one of the premier festivals?

Tomorrow: An interview with Ileana Douglas.

Film: Playwright August Wilson began his chronicle of the African-American experience throughout the … END_OF_DOCUMENT_TOKEN_TO_BE_REPLACED

Film: Just in time with the opening of movie theaters in Palm Beach County comes the season’s most … END_OF_DOCUMENT_TOKEN_TO_BE_REPLACED

Music: The very last concert Franz Joseph Haydn attended in his life was in March 1808, about a year … END_OF_DOCUMENT_TOKEN_TO_BE_REPLACED