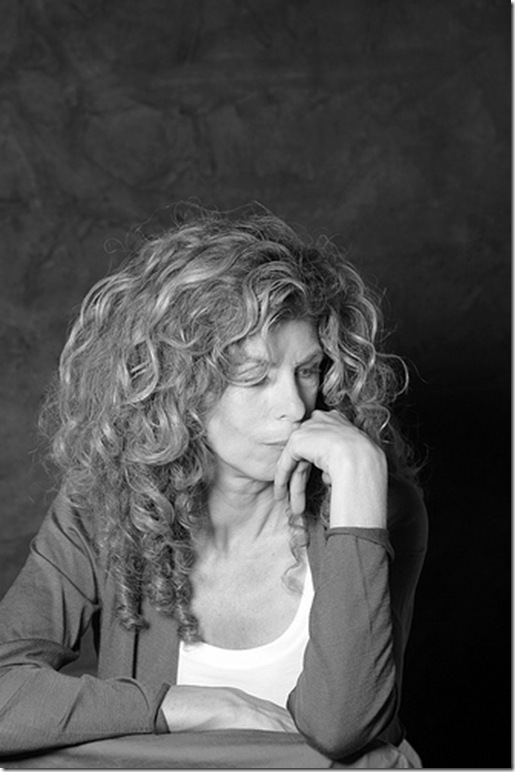 A somber tone dominated the sixth edition of the Palm Beach Poetry Festival, with the distinguished faculty focusing on “poems of witness” and elegies for the dead. Yet by Saturday, the busy last day of the festival, the atmosphere had turned almost giddy with the sheer joy of poetry.

As Marie Howe remarked during the afternoon panel discussion, “An elegy is a love poem.”

Carolyn Forché set the grave mood the previous Monday, when she opened the festival with a discussion of her influential 1993 anthology, Against Forgetting: Twentieth Century Poetry of Witness. She was joined by Ilya Kaminsky, who came to America when his family fled anti-Semitism in the Soviet Union.

The emphasis on elegy arose from Kevin Young, whose latest collection, Dear Darkness (2008), was inspired by the death of his father. In March, his anthology of elegiac poems, The Art of Losing: Poems of Grief and Healing, will be published.

During a break in Saturday’s programs, Miles Coon, founder and director of the festival, said the week had been anything but a downer, despite the dark and serious subject matter of many of the readings.

“There’s been a lot of elegiac poetry,” Coon said. “Carolyn Forché and Kevin Young seemed to inspire a lot of people. Thomas Lux read a couple of elegies. Ilya Kaminsky. But there is an element of joy in elegy, and then there is just the power of poetry in general.”

By any metric, this year’s festival was a success. The six days of workshops drew more aspiring poets than ever, with a waiting list for the 96 seats. Poets came from  25 states and several foreign countries to study with Howe, Forché, Young, Kaminsky, Lux, Stephen Dobyns, David Wojhan and Mary Cornish.

During Saturday afternoon’s panel, “Beloved and Influential Poems,” Howe praised her workshop participants. “My students worked so hard this week,” she said.

Among this year’s students, Donna Hunt came from Athens, Ohio, to study with Kevin Young. An adjunct English instructor at Ohio University, she’s already been published in literary magazines like The Diagram.

“I had a great week,” Hunt said. “Everything was amazing, like just being in the same room with Marie Howe or Carolyn Forché.”

The Saturday panel proved a potent celebration of poetry, with the acclaimed poets on stage – Pulitzer finalists, Guggenheim fellows, National  Book Award finalists—reading and discussing their own favorite poems.

Lux chose We Are Many, by Pablo Neruda, for example. Forché read On Living, by Nazim Hikmet, who she named the best Turkish poet of the 20th century. Among the other selections were poems by John Berryman, W.S. Graham, Hart Crane, W.H. Auden, Robert Frost and William Butler Yeats.

“It’s an impossible task, picking out one great poem,” said Wojahn, a Pulitzer finalist in 2007 for Interrogation Palace: New and Selected Poems 1982-2004. “I think I now have an iPod behind my cerebrum with 400 of my favorite poems and sometimes I put it on ‘shuffle’.”

Lux noted that all the poems selected were by men, even though the panel included three women. Moderator Campbell McGrath, South Florida’s most distinguished poet, added that only three of the selected poems were by Americans.

The panel briefly discussed the question of whether American poets don’t “have as much at stake” as Europeans or Latin Americans. Kaminsky suggested modern U.S. poets are drunk on irony, while Wojahn said “the professionalization” of poetry might make modern poets “too comfortable” to take risks.

But the poets seemed less in the mood to worry about political correctness than to exult in its pleasures.

“I don’t think poetry is as complicated as we sometimes want to make it,” Lux said. “Every time I read (Hart Crane), I get a physiological response, like an electric eel shooting through my body. Poetry for me is more visceral than anything else.”

Howe and Wojahn closed out the week’s readings on Saturday night. “The people in my workshops were wonderful,” Wojahn said, “and I’m scared shitless to be in a room with poets I’ve been in awe of for 30 years.”

The festival ended with performances by slam poets Andrea Gibson and Anis Mojgani. Host Taylor Mali called them “two of the best performance poets today,” offering as evidence: “They have no other jobs. They support themselves going place to place, performing their poems.”

Mali, himself a four-time National Poetry Slam team champion, praised Coon for including performance poetry from the festival’s inception.

Last year, Mali was one of the slam poets on stage, but in a conversation earlier in the day, he noted that he has attended the festival for three years – as a student.

“I make my living teaching poetry,” said Mali, who lives and works in New York. “But you never get so good you can afford to stop studying. There’s a lot stage and page poets can learn from each other.”

Chauncey Mabe is the former books editor of the Sun-Sentinel. He can be reached at cmabe55@yahoo.com. Visit him on Facebook.

Film: Playwright August Wilson began his chronicle of the African-American experience throughout the … END_OF_DOCUMENT_TOKEN_TO_BE_REPLACED

Film: Just in time with the opening of movie theaters in Palm Beach County comes the season’s most … END_OF_DOCUMENT_TOKEN_TO_BE_REPLACED

Music: The very last concert Franz Joseph Haydn attended in his life was in March 1808, about a year … END_OF_DOCUMENT_TOKEN_TO_BE_REPLACED