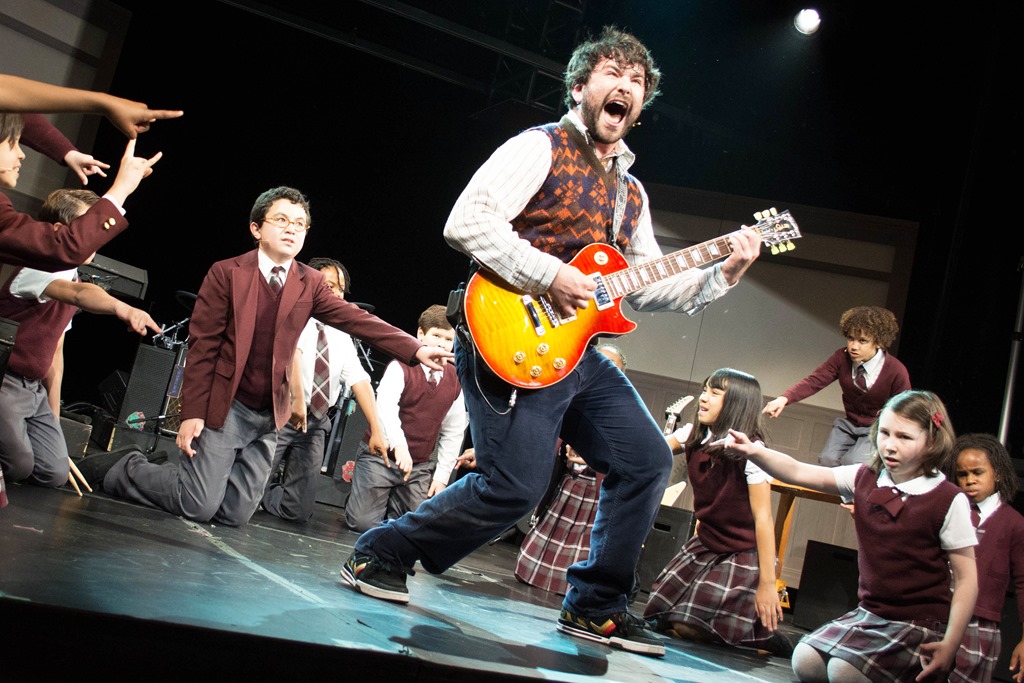 Oh well, the odds of winning the Hamilton digital lottery are said to be 80,000 to 1, and — what a surprise — I did not win. But the next day, I ended up seeing Lin-Manuel Miranda and the cast of Hamilton performing anyway.

OK, they weren’t actually performing the show Hamilton, but they appeared at the 30th annual Easter Bonnet Competition, where they did a new number Miranda wrote for the two-day occasion, a hip-hop mash-up ofSweeney Todd in the style of Hamilton. So as far as I’m concerned, I have now seen Hamilton, even if I couldn’t actually score press tickets to it.

The Easter Bonnet Competition is a series of skits written and performed by the casts of Broadway shows, often ribbing other shows, all in celebration of the end of the six-week fundraising period for Broadway Cares/ Equity Fights AIDS. This year, Hamilton and its huge success was in the satirical crosshairs. For instance, the kids of Fun Home sang an original song — to a hip-hop beat, naturally — called “Gee, Mr. Miranda” (with apologies to West Side Story‘s “Officer Krupke”) pandering to the composer-lyricist to write them a show.

And when a female cast member of Kinky Boots started singing that terrific ballad Meadowlark from Stephen Schwartz’s The Baker’s Wife, she was stopped and told to sing it instead with a Hamilton beat. As if the show weren’t getting enough attention, it won the Bonnet award for best skit and the company won for most money raised of all Broadway musicals this season.

Tuesday evening, I saw School of Rock, the new musical based on the Jack Black movie about the irresponsible rocker who lies his way into a job as a substitute teacher at a conservative private school and proceeds to turn his elementary students into a rock band. Andrew Lloyd Webber provides the new songs in a heavy metal vein and Alex Brightman takes the unenviable assignment of the Jack Black role and acquits himself well.

But the reason to see the show is the cast of youngsters who rock out like veterans. No, it won’t threaten the record run of Phantom of the Opera, but School of Rock should add a tidy sum to Lloyd Webber’s bank account.

Film: Playwright August Wilson began his chronicle of the African-American experience throughout the … END_OF_DOCUMENT_TOKEN_TO_BE_REPLACED

Film: Just in time with the opening of movie theaters in Palm Beach County comes the season’s most … END_OF_DOCUMENT_TOKEN_TO_BE_REPLACED

Music: The very last concert Franz Joseph Haydn attended in his life was in March 1808, about a year … END_OF_DOCUMENT_TOKEN_TO_BE_REPLACED