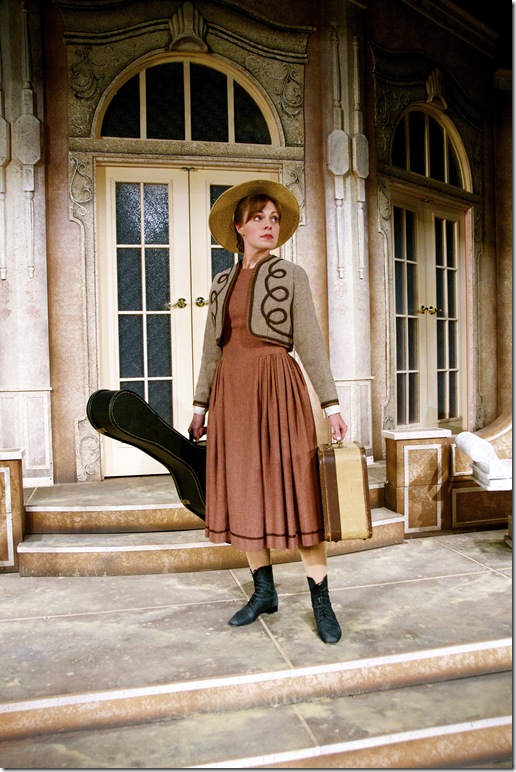 When the Caldwell Theatre Company folded up two years ago, it seemed unlikely that the sound of music — or the sound of plays, for that matter — would ever ring out from its still-new playhouse in Boca Raton.

When Marilynn A. Wick of Costume World announced that she was buying the theater for her costume museum and would — as an afterthought — begin producing shows for the first time ever, that was met with cautious, dubious optimism at best.

Well, skeptics will have to eat their words, based on the opening show of The Wick Theatre and Costume Museum, a very credible rendering of Rodgers and Hammerstein’s final collaboration, The Sound of Music. Would that more established troupes could deliver such Broadway fare with so much assurance.

The production, which opened Friday and runs through Oct. 20, is solid family fare, exactly as Wick has long claimed she would aim to deliver.

The show about nunnery postulant Maria Rainer, who is assigned as governess to the seven mischievous offspring of Austrian naval captain Georg Von Trapp, is a curious choice to kick off the company.

In early 2011, the Maltz Jupiter Theatre offered the area a first-rate Sound of Music, with so much of the encrusted sugar that the show has developed since the 1965 Oscar-winning movie version wiped away in favor of more dramatic values. At the Wick, director Michael Ursua has none of those revisionist instincts, preferring instead to pattern its tone and staging choices after the most recent Broadway revival, but on the theory that south county theatergoers rarely venture to Jupiter, such comparisons are probably moot. 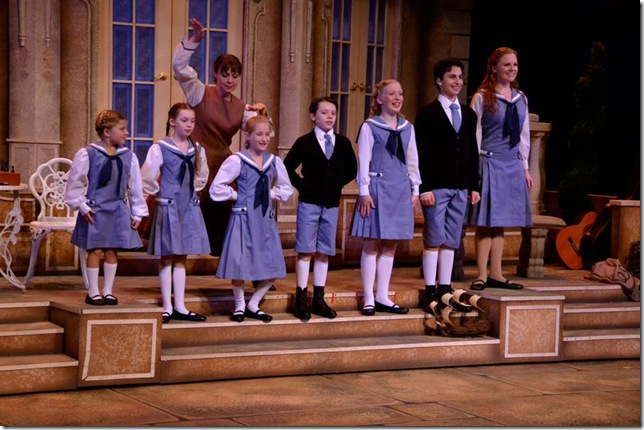 Ursua has gathered a capable cast of area performers — or at least Florida-based performers — plus a dandy couple of Equity ringers in Krista Severeid and Tony Lawson as Maria and Georg. Spunk and a strong, ebullient singing voice are the two prime requirements for Maria and Severeid has them both in abundance.

Captain Von Trapp has always been a relatively thankless role — just ask Christopher Plummer — but Lawson makes the best with it, even if his sudden transition from curmudgeon to marshmallow remains, as the King of Siam puts it, a puzzlement.

The production belongs to Severeid, which is as it should be, and if The Wick does not sign her to a long-term contract, it is missing a good bet. She has fine chemistry with the Von Trapp youngsters, who are well rehearsed and refreshingly uncloying. Credit Ursua for that, as well as the natural appeal of the eldest and youngest of the brood, Katie Hensley (Liesl) and Alexa Isabel Lasanta (Gretl).

Otherwise, the standout performance comes from Lourelene Snedeker as the mother abbess, who blows the roof off the Count de Hoernle Theatre with her first act finale, Climb Ev’ry Mountain. And delivering drily the show’s measure of cynicism are Jeffrey Bruce and Mia Matthews on two welcome numbers dropped from the movie, How Can Love Survive and No Way to Stop It.

Tom Hansen provides attractive, effective sliding scenery based on that Broadway revival and the Wick reaches into its storehouse of costumes for racks of period, character-rich costumes. Even the recorded music sounds good, though that it hardly in keeping with the first-class operation the Wick so wants to be.

Oherwise, if you have a hankering for The Sound of Music — as many people obviously do — you need not hesitate to come take a look at what the area’s newest theater company can do. The Wick just might become one of your favorite things.

Music: The very last concert Franz Joseph Haydn attended in his life was in March 1808, about a year … END_OF_DOCUMENT_TOKEN_TO_BE_REPLACED

Film: Major League Baseball culminates each season with the World Series, but to find the true … END_OF_DOCUMENT_TOKEN_TO_BE_REPLACED