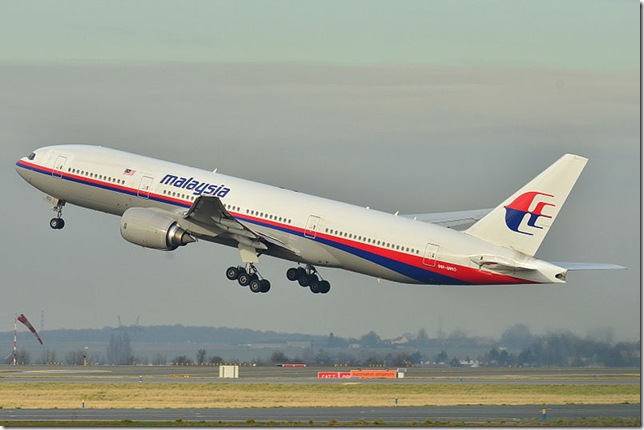 I have to tread lightly here. I do not want to add to the anguish. Or the hysteria.

But I feel as though I have been assaulted by TV news this week, CNN in particular. On the one hand, the geopolitical issue of Crimea has been positioned as a scary game of brinkmanship reminiscent of the post-WWII confrontation between the U.S. and Russia in Berlin which led to the construction of the Berlin War, a visible souvenir of state lunacy. Call it invasion, incursion, threat, humanitarian intervention — whatever. It seems as though there’s little more than misery as the trophy.

On the other hand, there’s the mystery of the missing Malaysian plane soaked in a vat of speculation and conjecture. I don’t pretend to know what’s going on, either with the plane or behind the scenes with those who seem to be searching for it.

TV has embraced this story and seized upon every thread of possibility and frothed up a feeding frenzy (and ratings) with no clarity, a tower of Babel solidly built on the lack of knowledge in an earthquake zone. It is, as former anchor Frank Sesno called it, a “collision of old media and new media,” a parallel universe of ethics, a question of “how loud to shout.”

I have worked as an expat journalist in Malaysia, and I’m not surprised by the cavalier way the country’s government has been handling its media relations. The media in that country are under the heavy thumb of the ruling political party, the UMNO. Government officials are reticent to take responsibility for anything other than a new shopping center built by a member of the family. They brook no dissent.

They have no respect for journalism and, as a consequence, local reporters are cowed, afraid to ask questions that might provoke retaliation, even arrest and imprisonment on trumped-up charges of sedition or sodomy in a society that competes with Uganda in its horror of homosexuality.

Information and misinformation and confusion and misdirection have been dribbled out in bits by the government as if any right to know is a myth, a symptom of decadent Western civilization. The Washington Post reported that government press conferences were introduced by an “emcee” who announced at one that there would be no further statement from the government that day and advised the assembled corps of international journalists to “go to the movies.”

It’s no wonder that the English name of the capital city can be translated as “muddy river.”

I recall that during my time there, Kuala Lumpur was shrouded in thick yellow smoke that had drifted over from the islands of Indonesia from the old slash-and-burn method of agriculture on sugar cane plantations owned by absentee Malaysians. I recall stepping out on my balcony one morning and looking across the valley that separated Shah Alam, the home of the missing Malaysian Airlines pilot, from KL. I could see nothing but the smoke, out of which the muezzin’s call for prayer rose like a ghostly voice.

At that time, the government refused to acknowledge the source of the fouled air. It officially decreed that it was not smoke at all, but haze. Haze means there’s no one to blame.

Media outlets were commanded to refer to the condition as haze. The word smoke disappeared from the country’s vocabulary. I remember that when I suggested the magazine I was working with do a wry humor piece on the potential value of haze, how to package it for profit, etc. The government quickly issued a veiled threat to close us down. And my suggestion was made at a supposedly closed editorial meeting. Orwellian.

Malaysia is a country of mirrors, and no one is willing to look, for fear they might see themselves.

Film: Playwright August Wilson began his chronicle of the African-American experience throughout the … END_OF_DOCUMENT_TOKEN_TO_BE_REPLACED

Film: Just in time with the opening of movie theaters in Palm Beach County comes the season’s most … END_OF_DOCUMENT_TOKEN_TO_BE_REPLACED

Music: The very last concert Franz Joseph Haydn attended in his life was in March 1808, about a year … END_OF_DOCUMENT_TOKEN_TO_BE_REPLACED