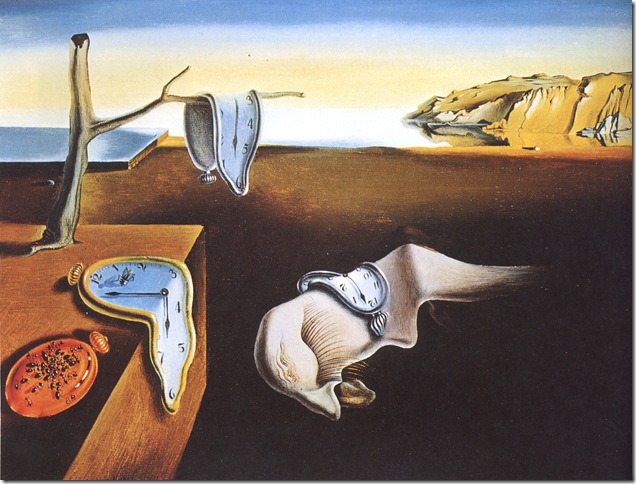 Consider time. Time, as in “Hey kids, what time is it?”

If you are part of my generation, you most certainly know the answer to that question. It was lodged in our collective frontal lobes. Why, its Howdy Doody time, of course: 5:30 p.m. on Monday-Friday everywhere in our East Coast world. Glowing twilight, descending darkness, time to dismount and park our bikes, time to watch the puppets perform before dinner.

We measured the passing of our days by this event, or by others like it: time to get up, go to school, get out of school. Hours really had no meaning for us. Time was existential. Time was at our disposal. Howdy was happening in real time, actually happening in our time. We were part of the experience.

I think that kind of time is in danger of vanishing. Our time is being twisted up and whirled around like a mango smoothie. Our time is not the same kind of dimension or phenomenon that Newton or Leibniz or Kant argued about, not even the kind of time represented by old man Chronos or the-OK-let’s-do-it, Kairos.

It’s more like the kind of time Ray Cummings describes in The Girl in the Golden Atom as a sort of invisible stop sign that keeps everything from happening at once. We’re living in that kind of time now. I call it Media Time. And in Media Time, everything does seem to happen at once.

There are some exceptions, but this kind of time is determined by powerful forces beyond our reach and not necessarily related to anything real, anything actual, any atomic clock. It’s predigested, snipped and bleeped. Norman Mailer’s The Time of Our Time couldn’t exist in Media Time. The Tonight Show Starring Jimmy Fallon isn’t happening in real time. Does Justin Timberlake really exist? We don’t often think about that. We’re content to fool ourselves into believing the event we’re watching is actually happening, like Howdy — except we are the puppets.

These past couple of weeks of the televised winter Olympics in Russia – a country, we’re told that spans nine time zones, though which ones and what they’re named has not been revealed – has brought this idea of Media Time to the forefront of my mind.

Consider this. If you were, say, an alien, a being from another world, but riding as a passenger in my car as I drive home from Whole Foods while listening to Garrison Keillor perform in a previously recorded and broadcasted program on the radio, you would have heard that the closing ceremony of the games was finished, over. Stick a fork in it.

But if you sat down in front of my TV, you’d see people skiing, bobsledding. How would you know what time it is? To catch the closing ceremony, you’d have to wait for Media Time.

Media Time is not virtual time, not the same kind of time you experience flying to Europe or Asia where it is already, or was already, another day. But neither is it real time. It seems to exists somewhere in the ether, like electricity or ions or quarky things like neutrinos. The borders of Media Time are so vague, we can’t even see them. Is this thing actually happening now or not? It’s disorienting, as if we were that alien outside our world peering in.

Sometimes it’s good to look at life from the alien’s point of view.

We’ve become accustomed to allowing our TV to twist our time. We’ve surrendered to the demands of Media Time without so much as a blink.

To see it as it happens, you’d have to stream it from the Internet. And even then, can you believe your lying eyes?

Howdy was happening in front of our eyes, but not the winter Olympics.

Myles Ludwig is a media savant living in Lake Worth. He can be reached at netmyludwig@yahoo.com.

Film: Playwright August Wilson began his chronicle of the African-American experience throughout the … END_OF_DOCUMENT_TOKEN_TO_BE_REPLACED

Film: Just in time with the opening of movie theaters in Palm Beach County comes the season’s most … END_OF_DOCUMENT_TOKEN_TO_BE_REPLACED

Music: The very last concert Franz Joseph Haydn attended in his life was in March 1808, about a year … END_OF_DOCUMENT_TOKEN_TO_BE_REPLACED