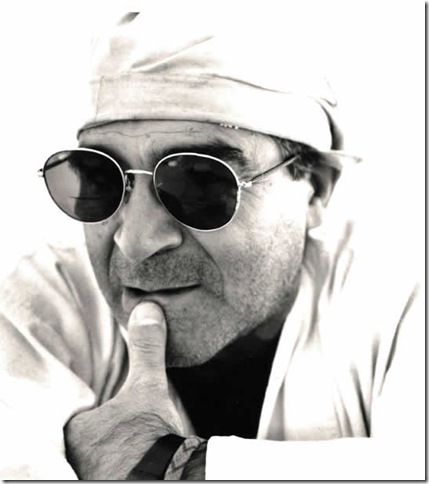 My pal Tony Palladino passed into another dimension this week. He was – still is — my friend and mentor for some 40 years and one of America’s premier graphic designers, illustrators and adventurers in art.

TP, as he called himself, grew up in Manhattan. His family spoke Italian, not English, so to communicate he taught himself a way of drawing that could offer up an idea in its simplest, most direct form. The drawings sometimes seemed like cartoons in their simplicity and irony, but their purpose was always about communicating ideas. They were a way he could speak with talking. He had a classical education in art and enough awards and prizes to fill a steamer trunk and, though I knew he was proud to be honored, I never knew him to open that trunk. 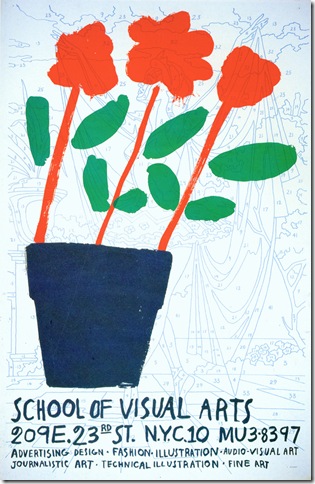 He was all about doing the job and “getting to the beach,” as he said. He told me that every job he was working on was the best job he ever did. Tony taught a generation of designers how to think, not only at New York’s School of Visual Arts, but in just being near him. He had a way of finding the adventure in the everyday, the pure juicy joy of chomping into a “Cadillac” — the burger to beat all burgers at PJ Clarke’s. He found the artful humor in discarded hubcaps, fashioning them into cartoons of smashed, broad-brimmed hats. He had an elegant style of painting watercolors that made it seem as though the paper itself was floating.

Tony taught me about design: how space illustrates the figure, how to get a message across with irony and whimsy without distortion. His dictum was “to make the common uncommon.” Tony taught me to listen to the object and to hear how and what it wanted to become. If we worked together on a project, he infused the idea I brought with a kind of sparkle and surprise that I could not have imagined. He taught me what he said was the title of Hemingway’s shortest story: “bronzed baby shoes for sale.”

He came into the business with the last great generation. The men of that generation, those who followed the “Mad Men” years, and shaped the context for the advertising and graphic design in what was known as the “creative revolution/” He was an example of that consummate designer, a man, who as Alfred Loos said of an architect, that he should be able to design a spoon as well as a city. It was a message that influenced another great designer, Massimo Vignelli, who was Tony’s contemporary.

We were born 14 years and six days apart in the same month, and never failed to call each other on our respective birthdays. I’m prone to melancholy, but he always had a way of bringing a positive spin. His theme song was that Johnny Mercer-Harold Arlen preachy chestnut sung by Frank Sinatra and the Pied Pipers with the Tommy Dorsey band: “Accentuate the positive, eliminate the negative, latch on to the affirmative, don’t mess with Mr. In-Between.”

He was a family man and at his patriarchal best when we had lunch or dinner prepared by his wife Angela — a truly great painter in her own right — and daughters Sabrina and Kate and their children. His welcoming sense of family always included my own daughter Lorenza, one of the few people I know who could easily cut through Angela’s sometimes fog-thick Sicilian accent without hesitation.

Tony once told me the story of how they met. They were walking on opposite sides of a Manhattan street and as soon as he saw her he said, “I’m going to marry that woman.” And he did. They were married for 56 years. 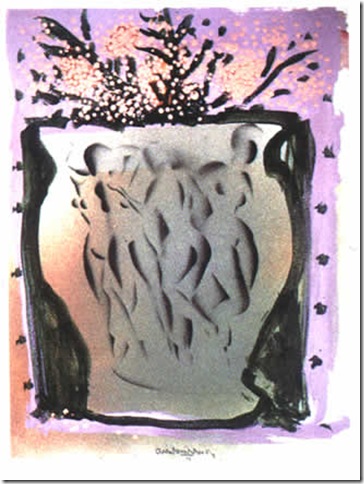 I have saved all the letters and drawing he sent to over the years. Wherever I have lived — wherever I will live — my home is filled with Palladino.

He was/is my older brother from another mother and he spread joy up to the maximum.

Film: Playwright August Wilson began his chronicle of the African-American experience throughout the … END_OF_DOCUMENT_TOKEN_TO_BE_REPLACED

Film: Just in time with the opening of movie theaters in Palm Beach County comes the season’s most … END_OF_DOCUMENT_TOKEN_TO_BE_REPLACED

Music: The very last concert Franz Joseph Haydn attended in his life was in March 1808, about a year … END_OF_DOCUMENT_TOKEN_TO_BE_REPLACED