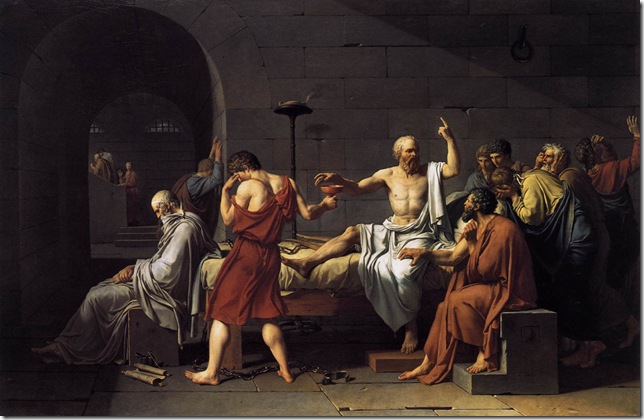 The another night at a casual and lively dinner party with friends and family, hot dogs and hamburgers, amid the conversations about the relative merits of TV shows, streaming or live, cable or satellite, cord or no cord, a friend turned to me and asked: What is your opinion of Bashar Assad?

I was surprised to hear myself say: “I have no opinion.”

It’s not that I think the Syrian dictator is a good man or that his foes are either good or evil or some combination of both, but I had been thinking recently that everyone is expected to have an opinion, for or against about nearly every subject. Why is that?

And how do those opinions get shaped? The agenda-setting theory of mass communications postulates that the media don’t tell us what to think, but what to think about by shining the light on any particular topic. The media sets the water-cooler conversation or the Google-hangout agenda of our lives, however fleeting that might be: same-sex marriage, gun control, the virtues and cost-benefit analysis of a colonoscopy, as The New York Times questions on its front page today.

And whom do we trust to guide our opinions?

And on what basis? Remarkably few of us have enough information to make a reasonable judgment on any given situation, whether or not it is about whether a high school girl should or should not cop a plea on principle and face the possibility of the rest of her life as a registered sex offender; whether or not Jodi Arias lives or dies.

We live in a world of contradictions, a Manichean world (ironic that the philosopher who brought it into being was Persian), a world of good vs. evil, black vs. white, dark vs. light, soft vs. hard. Every reaction has a reaction. It is a world of either/or, a world of pro or con. There always seems to be two sides or more to every story.

As a journalist I have been repeatedly taught to report the story as objectively as possible, to be fair, not take a position and present a balanced view. That doesn’t seem especially difficult when I’m reporting a traffic accident. Yet even there, disagreement about fault exists. And I also know that sometimes, and not so infrequently, important, even life-changing information is often held back by mainstream news outlets at the heavy-handed request of the government. That’s what makes the acts of men like Daniel Ellsberg, Bradley Manning and Julian Assange appear to be heroic figures … or tattletales. They pull back the curtain.

Freud suggested that human beings have to sublimate or restrict the most sexually violent aspects of our drives in order to achieve some kind of civilization, otherwise we’d all run amok, as indeed some of us do.

Chinese thinking prizes harmony above all else. Plato said the man of moderation “is the man of … manly character and of wisdom.” But philosophers like Hegel and Marx believed in the dialectics of history, a continual, an enduring, never-to-be settled argument between the forces of reason and those of non-reason, between capitalism and communism, between master and slave.

Even Frank Sinatra sang, “Love and marriage go together like a horse and carriage/ you can’t have one without the other.” A close friend of mine is fond of quoting the words of a popular song of his youth by Johnny Mercer and Harold Arlen: “Accentuate the positive, eliminate the negative and don’t mess with Mr. In-Between.”

But that’s exactly where most of us live: In between.

Is it even possible to live in a world without contradictions? Can’t we have the ice cream and the cake? Have the cake and eat it, too?

I don’t know exactly how our world came to contain opposites. And I don’t want to lay the blame on science or religion. I don’t know how a world without opposites, without differing opinions, or one in which opposing views might harmonize. It would be a world without contradictions, tension, without paradox … a no-fault world.

Did Noah contemplate the long line outside his ark and say: OK, it’s either the giraffes or the llamas?

I like the recent TV commercial for a species of Ford in which either/or are considered, but and is preferred.

I think I would like a world in which and is preferred.

Film: Playwright August Wilson began his chronicle of the African-American experience throughout the … END_OF_DOCUMENT_TOKEN_TO_BE_REPLACED

Film: Just in time with the opening of movie theaters in Palm Beach County comes the season’s most … END_OF_DOCUMENT_TOKEN_TO_BE_REPLACED

Music: The very last concert Franz Joseph Haydn attended in his life was in March 1808, about a year … END_OF_DOCUMENT_TOKEN_TO_BE_REPLACED