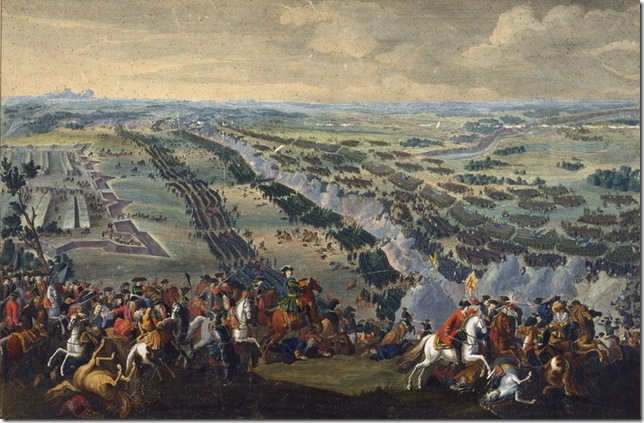 Vlad the Impaler has struck once again.

This time, however, instead of lining the roads of his rule with the corpses of his enemies, he’s impaled the foreign policy of America and that of our European friends – and possibly even himself – on the horns of a dilemma. What should be done about the Russian bear hug of Crimea? What can be done, without tiptoeing up to the refrigerator door of another Cold War? Or worse?

There’s little new about the conflict over the Crimea, except maybe from Russia’s fait accompli, facts-on- the-ground, no insignia technique. The conflict itself has deep roots in history. It dates back at least to Peter the Great who defeated Charles the XII, the Emperor of Sweden at a critical battle in the

vicinity of my ancestral home of Poltava in 1709, and opened the behemoth of Russia to the west and the possibility of a port on the Black Sea, not to mention a kind of tsarist Club Med that it came to be in more recent times.

Catherine the Great swallowed it in 1783. Nicholas I and Napoleon III fought about it in the war that gave us Alfred Lord Tennyson’s The Charge of the Light Brigade, Florence Nightingale and the work of the first war photographer, Roger Fenton, whose technology was so limited he could only take pictures of dead bodies — which he avoided — or landscapes, and may have staged some of those.

And Ukraine has always been in the middle of it all.

Now, Putin the Possible has stepped into the ring.

This week, the collective media mind has been occupied with trying to read the tea leaves of Vladimir Putin’s mind. What does he want and why does he want it, and how far he’ll go to get it? Can he get out and still save face?

What to do about it? This is and always has been the Crimea conundrum. We can’t spank this Vlad. We can’t make him stand in a corner for a century or two. So far, the initial public response of our government has come straight out of the traditional capitalist playbook: Let’s charge him for it.

How much does a chunky Crimea go for at Costco? Maybe with a little slice of smoked Ukraine thrown in for good measure.

We know plenty about Mr. Putin and what makes his clock tick. We have acres of analysts who spend days and nights picking through his pocket litter to build up a picture of his strengths and weaknesses, his moods, quirks and sexual preferences. We do this with every foreign leader. You can buy these summaries on Amazon. I have.

Furthermore, we’re getting a steady stream of incomplete reports of phone conversations between the cell towers on Mt. Obama and Mt. Putin, Mt. Cameron, Mt. Merkel. How strange it seems that we’ve reverted to the legacy technology of the telephone in the time of Twitter.

So what are they are they talking about? The price?

The Sunday morning talk shows have seized on the situation of course and they’re trotting out their posse of pundits who have little of substance to say other than making tit-for-tat suggestions: sanctions, military exercises, cutting of the gas, various forms of futile muscle flexing in a world of globalized markets.

None of these address the real question: How to resolve a conflict that seems to have bubbled out of a long-simmering stew of anger, frustration and emotion by reasonable means.

We need to learn how to resolve international conflict in the context of globalization, a context in which everyone pays a price for mistakes.

Who can teach us that?

Film: Playwright August Wilson began his chronicle of the African-American experience throughout the … END_OF_DOCUMENT_TOKEN_TO_BE_REPLACED

Film: Just in time with the opening of movie theaters in Palm Beach County comes the season’s most … END_OF_DOCUMENT_TOKEN_TO_BE_REPLACED

Music: The very last concert Franz Joseph Haydn attended in his life was in March 1808, about a year … END_OF_DOCUMENT_TOKEN_TO_BE_REPLACED