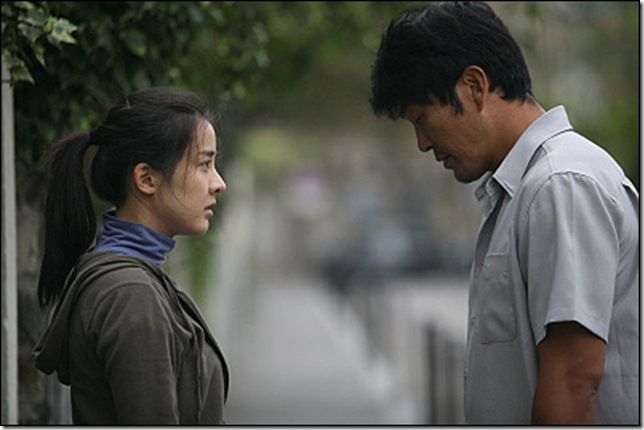 As Brian De Palma and Stanley Donen understand all too well, there can come a time in every reverential filmmaker’s oeuvre when loving homage devolves into shameless mimicry.

For these aforementioned filmmakers, features such as Dressed to Kill and Charade followed various Hitchcock blueprints so faithfully that the directors’ own voices risked being swallowed in a quicksand of referentiality.

Likewise, Hong Sang-soo’s strangely sprawling Night and Day (Zeitgeist, $26.99, release date Jan. 10), the eighth feature from the respected South Korean filmmaker, feels cribbed wholesale from the universe of Eric Rohmer, where the shifting tides of romance are investigated with exquisite delicacy and patience. Like Rohmer’s films (A Summer’s Tale comes to mind most overtly), it follows a man’s blossoming relationship with several young women over a contained period of time.

It’s dialogue-heavy in an intellectually Rohmerian way; as the man grapples with the moral considerations of sleeping with another woman while his wife waits for him in another continent, few words are left unsaid and few thoughts left unexpressed through voiceover narration. The movie is even set in Paris, with Hong’s characters walking and talking along the boulevards, galleries and cafes where Rohmer’s young hipsters might have treaded.

The film follows the point of view of Sung-nam Kim, a married, fortysomething Korean painter exiled to France to avoid a prison sentence for smoking marijuana. He doesn’t speak a word of French, but he finds lodging in a hostel of like-minded expats and eventually falls in with Paris’ apparently vibrant South Korean subculture. He bumps into an ex-girlfriend by chance, and is eventually introduced to a lovely painter and her lovelier roommate, slowly falling for at least one of them and sharing none of this in his nightly phone calls to his wife, who is constantly thinking of ways to bring him home.

At one point, Night and Day becomes something of a love quadrangle, with Kim choosing from a buffet of potential sexual partners. It’s a pleasant problem, to be sure, but Hong paints his protagonist as an unenviable, growth-stunted horndog displaced in a foreign country, his moral confusion exacerbating a definitively male helplessness that transcends borders. He’s best viewed as a pathetic slave to his lust, with Hong expressing a deeper fondness for the women in Kim’s life. The only Hong film I’d seen prior to this, 2004’s sublime Woman Is the Future of Man, reinforces the director’s worldview in its title.

The characters say and think some strange things – Kim’s “I had been thinking about oysters for several days” being one of them – and there are cultural roadblocks in the film’s translation that will leave English speakers scratching their heads at some of the movie’s bizarre interactions. But part of Night and Day’s peculiarity lies with director’s frequent meanderings into esoteric symbolism, his camera lingering on a dying bird, a tai chi class, sludgy river or an abandoned hair scrunchie. The strangeness of Hong’s visual signature extends to his use of amateurish zooms, often for no apparent reason (I’ve always considered zooms to be an offensively unsubtle device, lacking the poetry of the slow dolly).

Ultimately, there’s no justification for the 145-minute running time of Night and Day, given that Rohmer’s movies are just as rich at 90 to 110 minutes. When a movie’s tone is this breezy, the result should never feel like a slog; like Kim’s Parisian sojourn, the movie itself overstays its welcome. 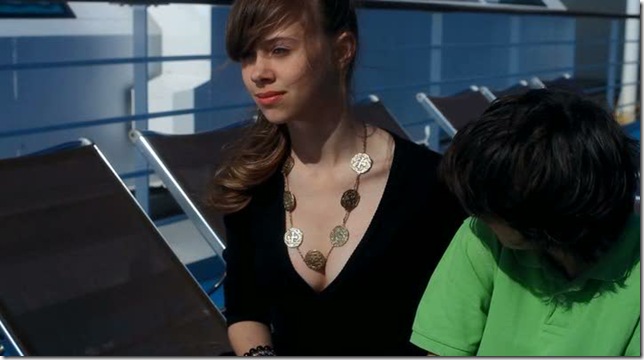 Jan. 10: Jean-Luc Godard is back with what we can probably assume is a vengeance in Film Socialisme (Kino, $31.49 Blu-ray, $26.99 DVD), a film so alienating that only one theater in South Florida (Miami Beach Cinematheque) proved bold enough to screen it last year. Like most of Godard’s post-millennial output, this inscrutable treatise is stubbornly anti-entertainment and more difficult than Chinese algebra – especially because Godard translated the French language into what he calls “Navajo English” – a few choice words from each portion of dialogue, as if transcribed by laconic Native Americans from old, offensive Westerns (the home video version also provides the full English translation, which I recommend).

Part of the movie takes place on a European cruise ship, which for Godard symbolizes capitalism’s fatuous excesses; a second part follows a news crew attempting to interview a local political figure in trouble; and the final stanza is an essay film a la the director’s Histoire(s) du Cinema, reviewed on this site a couple of weeks ago. The images rotate between stock footage, shimmering HD photography and pixilated cellphone shots that capture the diminished expectations of modern shutterbuggery. All in all, Godard touches on World War II, communism, economic inequality, Hollywood, the Israeli-Palestinian conflict, the news media, AIDS and the history of time itself. What it all means is beyond my grasp. It’s either one of the best or worst films of 2011 – I’ve yet to decide which.

Among other unheralded works by challenging auteurs, Zeitgeist unveils Bela Tarr’s The Man From the London ($26.99), a slow and mesmerizing black-and-white tranquilizer about a lonely railway worker who witnesses a crime and finds himself the owner of a suitcase full of money. Art-house noir at its precise, truthful finest, with the multilingual Tilda Swinton again proving her world-cinema bona fides.

Other curiosities this week include 1971’s The Hellstrom Chronicle (Olive Films, $26.99 Blu-ray, $22.49 DVD), a Swedish documentary, grounded in science, about insects taking over the world. Its histrionic tagline reads like a collection of Peter Travers blurbs: “Shocking. Beautiful. Brilliant. Sensual. Deadly … and only they will survive.” It must be seen to be believed. This week also marks the DVD debut of one of 2010’s most critically acclaimed films, Aurora (Cinema Guild, $26.99), a three-hour revisionist murder mystery from the Romanian director Cristi Puiu. On a far more commercial front, When Harry Met Sally premieres on Blu-ray (MGM, $17.99), though I have to say this is a movie that can be appreciated at the same level on a VHS transfer on TNT. 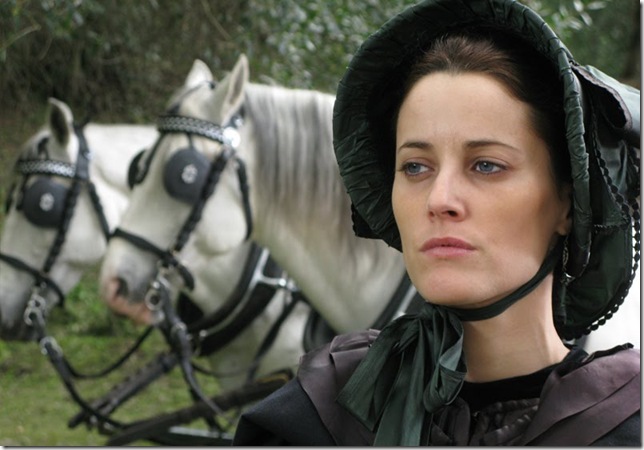 Jan. 17: If you have a good five-plus hours to spare this month (and who doesn’t?), I can’t think of a better way to spend it than with Raoul Ruiz’s 266-minute Mysteries of Lisbon (Music Box Films, $39.49 Blu-ray, $31.49 DVD). The final film of more than 100 titles Ruiz completed before his death last year, the film (which also aired as a six-episode miniseries) is an adaptation of a book by Camilo Castelo Branco, one of Portugal’s most celebrated writers. Following three people across three decades and four countries, it alludes to Victor Hugo and Charles Dickens and is one of 2011’s most acclaimed films. The box set is loaded with extras, including a half-hour interview with Ruiz and a roundtable discussion recorded for French television.

Equally exciting is Criterion’s reissue of Belle du Jour ($27.99 Blu-ray, $19.99 DVD), the jewel in Luis Buñuel’s crown and a title most deserving of a Hi-Def treatment. This edition is tricked out to the nines, including new interviews with screenwriter Jean-Claude Carriere, a video piece narrated by a film scholar and a sexual-politics activist, an audio commentary by British film scholar Michael Wood and an excerpt from a French television program about the movie. Also making Blu-ray debuts this week are Steven Soderbergh’s ensemble classic Traffic (Criterion, $27.99), Kim Ki-Duk’s downbeat antiwar character study The Coast Guard (Palisades Tartan, $11.99, also includes DVD) and, to meet some inexplicable demand, the Ed O’Neill comedy clunker Dutch (Anchor Bay, $12.99), whose out-of-print DVD has exceeded obscene amounts on eBay. 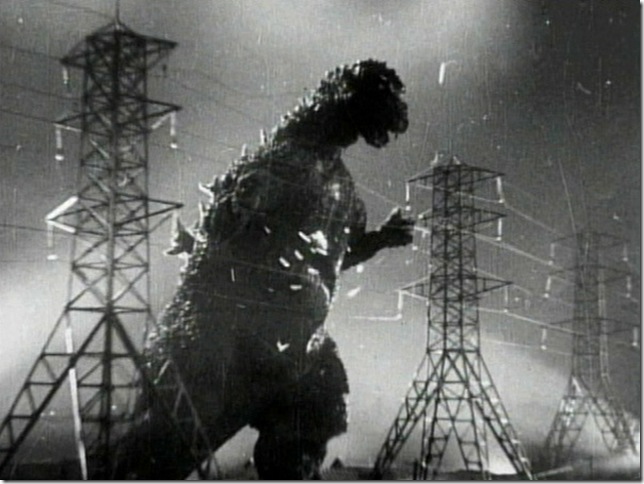 Jan. 24: Criterion steps out of its Janus Films art-house comfort zone for a more populist classic in 1954’s Godzilla ($27.99 Blu-ray, $21.99) – which may rank among the most exciting home-video packages of the year. Godzilla has been a mass-market science-fiction touchstone for so long that it’s about time the film received an intellectual critical evaluation. Included in this two-disc bundle is the 1956 American reworking of Godzilla, starring Raymond Burr, along with featurettes, interviews, an illustrated audio essay, a new print essay by J. Hoberman and audio commentaries for both films. I must say, this one is worth owning for the kick-ass cover art alone.

Elsewhere, MGM has gone all out this week, reissuing Blu-ray titles by two of the greatest American filmmakers of the past century: Alfred Hitchcock and Woody Allen. From the latter, we get his twin ‘70s masterpieces Annie Hall and Manhattan ($16.99 each), and from the former, three of his ‘40s classics, Rebecca, Notorious and Spellbound ($16.99 each). Both of these directors are under-represented in Hi-Def; hopefully there’s a lot more where these are coming from. This week also marks the Blu-ray debut of William A. Wellman’s silent war drama Wings (Paramount, $19.99), notable to trivia buffs as the first movie to ever win Best Picture at the Academy Awards.

Jan. 31: This week features nothing particularly rare and unusual, but its bounty of Blu-ray debuts will allow fans of many vintage and modern prestige films to view them anew. Titles include The Piano (Lionsgate, $14.99), To Kill a Mockingbird (Universal, $27.99, includes book, DVD and digital copy), Malcolm X (Warner, $29.99) and Grand Canyon (Anchor Bay, $15.99).

Film: Just in time with the opening of movie theaters in Palm Beach County comes the season’s most … END_OF_DOCUMENT_TOKEN_TO_BE_REPLACED

Music: The very last concert Franz Joseph Haydn attended in his life was in March 1808, about a year … END_OF_DOCUMENT_TOKEN_TO_BE_REPLACED