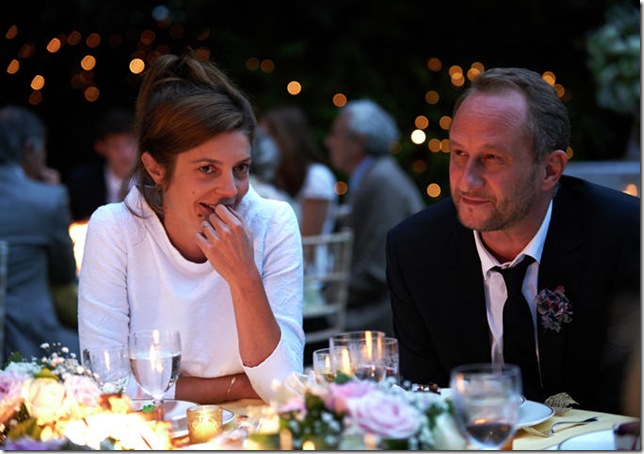 A Parisian tax inspector misses his train home, finds himself stranded in a French province, meets a young lady for a memorable night, agrees to rendezvous with her in a week’s time, misses their date but somehow, through the magic of the movies, winds up marrying the sister he never knew she had.

That’s the 30-second pitch of Three Hearts, the engaging if implausible romantic drama from French craftsman Benoît Jacqout (Farewell, My Queen). Marc (Benoît Poelvoorde) is the sardonic 47-year-old taxman with a heart condition around whom the movie’s two unassuming beauties pivot: Charlotte Gainsbourg’s Sylvie is his chance encounter and subsequent missed connection, and Chiara Mastroianni is Sophie, her sister and, unbeknownst to both of them, Marc’s future spouse.

Which is all well and good until Sylvie, who had fled to the States with her uninspiring boyfriend after Marc failed to make their date, shows up again to tempt Marc’s loins and threaten to disrupt his perfect marriage. The fact that Marc is by many years the wheezing, gasping senior to both of these lovely young women — and that he is apparently an intoxicating aphrodisiac to both of them, to the point where they each threaten to, or succeed in, leaving their own partners for him at one time or another — is just something you have to accept.

There’s something universally far-fetched about this seemingly operatic triangle, but there’s also something definitively French, with its cinematic history of amour fou, damn the consequences. The treatment of the subject, too, has a particularly French placidity about it, lacking both the raw, docu-like bluster of Scandinavian relationship dramas and the melodramatic gravitas of a conventional Hollywood treatment.

It’s closer in spirit to Claude Chabrol’s surgical dissections of upper-class rot, drawing illicit thrills as well as judgments from the star-crossed protagonists. Both directors explore the forbidden allure of infidelity as well as the moral abyss of betrayal. The difference is that in Chabrol’s universe, the movies ended with the affluent getting their just desserts. Jacquot is not so cynical; he finds tragedy where Chabrol saw comeuppance.

Either way, there is nothing fundamentally new about any of the machinations of Three Hearts, whose plot proceeds with the inevitability of an assembly line and the tact of an afternoon tea break. Three Hearts postpones its confrontations, cutting away when it seems on the brink of spiraling into a dramatic cyclone. You’ll continue waiting for one character or another to shout something she’ll regret, or throw a plate across the room.

There’s a dearth of passion that makes you wonder why you’re investing so much of your own emotions into these people’s sordid plight. It’s indicative of this ossified approach to drama that even Catherine Deneuve is given virtually nothing to do as Sophie and Sylvie’s mother, another “elegant matriarch” part for the leonine French demigod. Her casting is simply never justified.

Three Hearts maintains our attention primarily from its lurching camerawork, its handful of burning moments, and a compelling subplot: Marc’s morally sound investigation into a corrupt, tax-evading politician, even as his own morals waver in other areas of his life. And in the movie’s best exchange, Jacquot cuts between Marc and Sylvie finally gazing at each other for the first time since they met for that one night years earlier.

Their looks speak louder than any words they could utter, suggesting memories of hurt and a looming carnality, a chasm of shared longing and a wellspring of lust. It’s a lot more memorable than their predictable sepia-toned romp in a shed moments later, proving once again that sometimes, the best sex appeal a film can offer resides in our own imaginations.

Film: Just in time with the opening of movie theaters in Palm Beach County comes the season’s most … END_OF_DOCUMENT_TOKEN_TO_BE_REPLACED

Music: The very last concert Franz Joseph Haydn attended in his life was in March 1808, about a year … END_OF_DOCUMENT_TOKEN_TO_BE_REPLACED