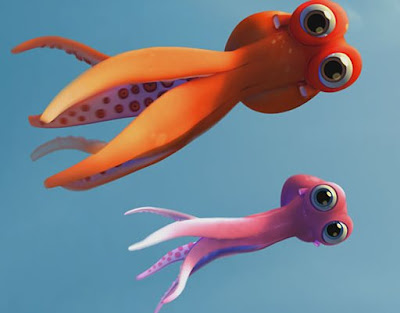 An octopus tries to keep his beloved from becoming dinner,
in Julien Bocabeille’s Oktapodi, a French animated feature.

Film: One of the most frequent questions I am asked about the Oscars is “Where can I see the nominated short films?” There has not been a good answer to that until Emerging Cinemas in Lake Worth, the best place around to see non-studio releases, both independent American and foreign, stepped in.

Beginning Friday, it offers two weeks of screenings of this years nominated shorts — first the animation and then the live action a week from now. If you do not know about this tiny theater with crisp, digital projection, you should. It is next to the Lake Worth Playhouse, 709 Lake Ave. Call (561) 296-9382 for the show times hotline. – H. Erstein 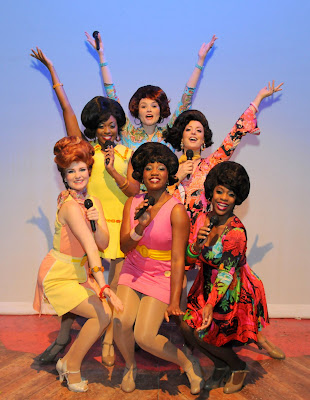 The girls of the opera-bouffant, in Beehive.
(Photo by Alicia Donelan)

Theater: The Maltz Jupiter Theatre is on a roll, after a first-rate production of Cy Coleman’s Barnum, it takes aim at the Baby Boomer demographic with Beehive, the high-energy revue of the sounds of the ‘60s, with special emphasis on such female vocalists as Aretha Franklin, Janis Joplin, Lesley Gore and Petula Clark. 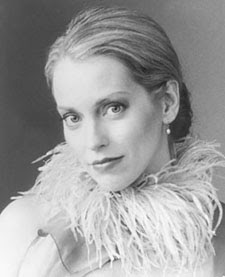 Classical music: The American composer Libby Larsen made quite an impression on Florida Atlantic University last year in the first part of her two-year residency at the school. She’s writing music to premiere at FAU in April, but this weekend you can hear some of her music when Alexander Platt and the Boca Raton Symphonia invite soprano Nancy Allen Lundy to sing Larsen’s setting of poems from Elizabeth Barrett Browning’s Sonnets From the Portuguese.

The day before, the orchestra inaugurates its new Young People’s Concert series, featuring the Mendelssohn, Ravel and Tchaikovsky in an hour-long afternoon meant to introduce kids ages 7 to 17 to the classical music art form. That concert, like all the youth concerts to come, begins at 3 p.m. Saturday, also at St. Andrew’s. 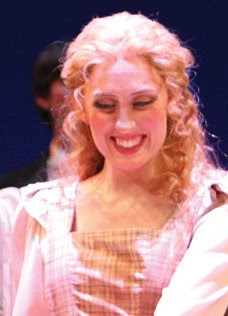 Jennifer Rivera in La Cenerentola.
(Photo by Will Shively)

Opera: The Florida Grand Opera, which is cutting back on next year’s productions and saying farewell to its musical director, Stewart Robertson, presents the final performances of its second opera of the season, Gioachino Rossini’s La Cenerentola (Cinderella), at the Broward Center in Fort Lauderdale. Jennifer Rivera stars in the final performance at 8 p.m. Saturday, and we’re told the show’s not to be missed. Tickets: $21-$200. Call 954-462-0222, or visit the Website.

And if you’d rather see an opera from the comfort of a movie house or auditorium seat, New York’s Metropolitan Opera on Saturday presents Anna Netrebko and Rolando Villazon in Gaetano Donizetti’s Lucia di Lammermoor. At 1 p.m Tickets: $22. See it at the Society for the Four Arts in Palm Beach (call 655-7226) or at four area commercial theaters: Shadowood 16 in Boca Raton, Delray Beach 18 in Delray Beach, Downtown at the Gardens 16 in Palm Beach Gardens, and Royal Palm Stadium 18 in Royal Palm Beach. –– G. Stepanich

Film: Playwright August Wilson began his chronicle of the African-American experience throughout the … END_OF_DOCUMENT_TOKEN_TO_BE_REPLACED

Film: Just in time with the opening of movie theaters in Palm Beach County comes the season’s most … END_OF_DOCUMENT_TOKEN_TO_BE_REPLACED

Music: The very last concert Franz Joseph Haydn attended in his life was in March 1808, about a year … END_OF_DOCUMENT_TOKEN_TO_BE_REPLACED