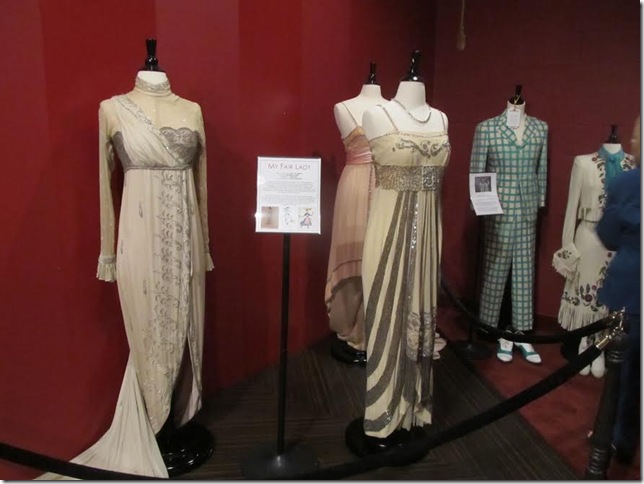 It is said that Marilynn Wick bought the former Caldwell Theatre chiefly to house her superlative costume collection. Producing shows was simply an afterthought because an auditorium came with the building.

True or not, The Wick Theatre is just one more production company in our area, albeit a very welcome one. But there is nothing like Wick’s newly opened Costume Museum anywhere else in the country.

Now on display for public tours, in a backstage area that was the defunct Caldwell troupe’s rehearsal space, are some 5,000 costume artifacts from original Broadway shows and revivals, from My Fair Lady to 42nd Street to The Producers and another 32 productions.

Already a popular tourist destination at Wick’s former Pompano Beach headquarters, the museum opened over the weekend in Boca Raton and seems likely to draw a steady stream of gawkers at the stage wardrobes of such luminaries as Julie Andrews, Mae West, Angela Lansbury and Yul Brynner (et cetera, et cetera, et cetera).

Instead of a museum one drops in on and strolls through at leisure, Wick has turned her Costume Museum into a multi-act production. There’s the guided tour of the museum, followed by a luncheon in the complex’s Tavern on the Green room and topped off with a mini-cabaret performance.

It makes for an entertaining package, but it is no coincidence that it is designed to finish in time for one to catch a matinee performance at the Wick Theatre.

I took a preview tour last Wednesday, along with 80-some women from two groups — Citizens Interested in Art and Town Villa Women’s Club — plus one husband, who made a point of thanking me for being there for his own sake.

We congregated in a newly created museum lobby in the southwest corner of the building, a space decorated with teases of the treasures to come — costumes from Katharine Hepburn’s Coco, Ragtime and a little-known, short-lived musical of Dracula.

Our guide for the tour was Alexandra Dowd, a local actress decked out in a blue gown from 42nd Street. She ushered the crowd through a theatrical curtain to the exhibit area, past racks of costumes, wardrobe-clad mannequins and show logo displays for such iconic shows as A Chorus Line, Fiddler on the Roof, The Music Man and La Cage aux Folles. Trying to time her docent spiel with a pre-recorded soundtrack of show tunes, Dowd tossed out lots of factoids about the costumes and their famous wearers. Interesting, though often inaccurate.

(Memo to Alexandra: Nathan Lane did not win a Tony for the revival of Guys and Dolls. Shirley Jones never appeared on Broadway in The Music Man. Marsha Norman did not compose the score to The Secret Garden. And so on.) 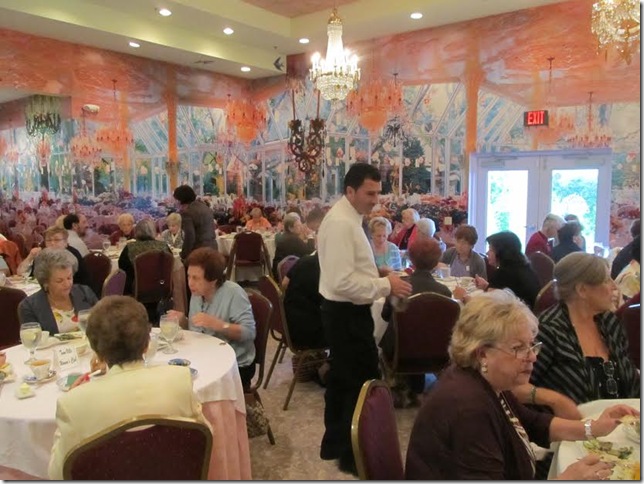 Still, it is an eye-opening display of costumes, true Broadway history, and just a fraction of the estimated 1.2 million wardrobe pieces that Wick’s rental business, Costume World, owns — appraised at $22 million by Lloyd’s of London. Plans are to rotate the museum displays, putting other shows in the spotlight and, presumably, attracting return visits.

The tour runs about 30 minutes, followed by a genuine ladies-who-lunch lunch of egg salad, tuna salad and seafood salad. Alas, no alcohol. Shelly Keeler, another local performer, did a brief cabaret set of — what else? — show tunes, including that popular wrist-slitter from Les Misérables, I Dreamed a Dream.

In all, the Wick Costume Museum tour is ideal for fans of musical theater, both casual and fanatical. And if the museum helps sell a few tickets to the theater, that will be exactly as intended.

Film: Playwright August Wilson began his chronicle of the African-American experience throughout the … END_OF_DOCUMENT_TOKEN_TO_BE_REPLACED

Film: Just in time with the opening of movie theaters in Palm Beach County comes the season’s most … END_OF_DOCUMENT_TOKEN_TO_BE_REPLACED

Music: The very last concert Franz Joseph Haydn attended in his life was in March 1808, about a year … END_OF_DOCUMENT_TOKEN_TO_BE_REPLACED