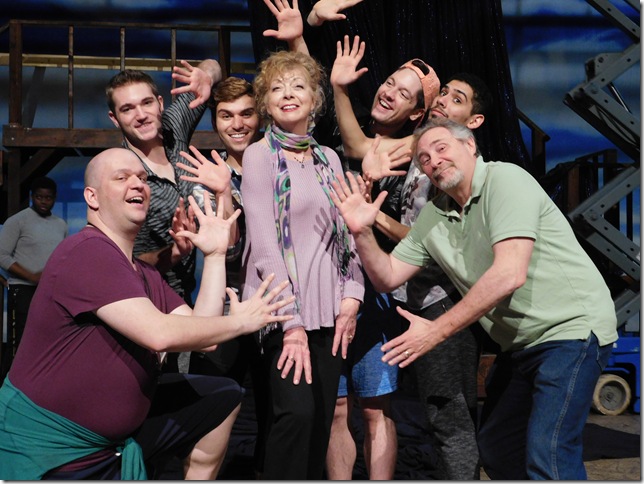 In the out-of-town tryout within the musical 42nd Street, the leading lady merely breaks her ankle. In the tryout depicted in Curtains, a so-so show from 2007 by the renowned composer-lyricist team of John Kander and Fred Ebb, the leading lady is murdered offstage during the curtain calls.

That fictional leading lady, Jessica Cranshaw, is a classic triple threat — she can’t sing, dance or act — so none of the cast is very broken up by her untimely demise. But her death brings to the theater Boston homicide lieutenant Frank Ciofi, a stage struck detective as intent on fixing the show-within-the-show as he is in tracking down Cranshaw’s killer.

Curtains, which earned three Tony Awards but only managed to run a year on Broadway, opens Saturday night at The Wick Theatre, one of the few regional theaters to tackle the show post-New York.

Kander and Ebb built their reputation on such dark, cynical musicals as Cabaret and Chicago, while Curtains is comparatively lightweight. What’s more, the general opinion of the score is that it is sub-par for the songwriters. “I don’t disagree with you 100 on that,” says Clayton Phillips, who directs the Wick’s production. “But I would never say that to John (Kander),” a personal friend of the director.

“I called John when I knew I was doing this and I asked his advice on how to do it best. He said. ‘Just make sure you don’t go camp on it.’ He felt that in New York they went a little too far,” says Phillips. So we play the real story for real and when we go into the musical comedy moments, it really is a whole different level. More contrast, definitely.”

Curtains goes back and forth between the murder mystery and scenes from the musical about to open, Robbin’ Hood of the Old West, a show reminiscent of Rodgers & Hammerstein’s Oklahoma!

“The show within the show is this homage to ‘Oklahoma!,’ but it’s also got a little bit of ‘Scarlet Pimpernel’ in there, a little bit of ‘The Lone Ranger’ and then a touch of ‘Gunsmoke,’” explains Phillips. “It’s so ‘Oklahoma,’ a love letter to that show. But don’t try to figure out what the story of that show is. It’s so convoluted. Plus there are two gigantic dance numbers that have no reason to be there.” 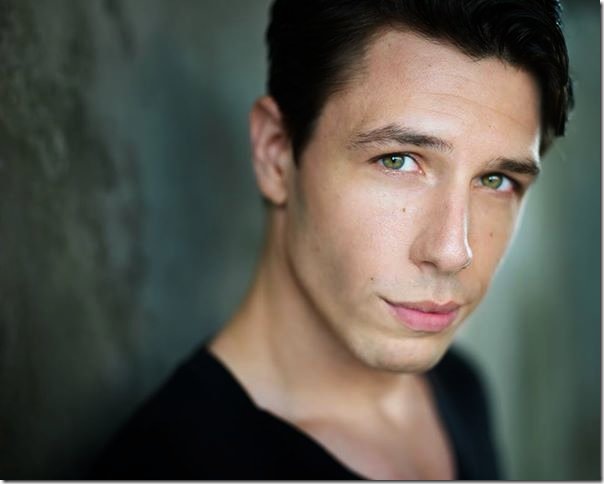 Featured as Lt. Ciofi is Tony Edgerton, who has a real affinity for the role. “I can relate greatly to being a working-class, everyday guy who has this secret love for musical theater, because that’s who I am,” he says. “I’ve played a lot of cops from Inspector Trotter in ‘The Mousetrap’ to Officer Lockstock in ‘Urinetown’ to ‘The Full Monty’, where they dance in breakaway cop costumes.”

Many of the show business characters in the show are based on real figures from the theater. According to Phillips, the songwriters of Robbin’ Hood — Aaron Fox (Michael Ursua) and Georgia Hendricks (Julie Kleiner) — are fictional versions of Kander and Ebb. One of the musical’s co-producers is patterned on Gerald Schoenfeld, the late executive director of the Shubert Organization. And The Boston Globe theater critic, Daryl Grady, known for his slash-and-burn reviews, is a stand-in for the much reviled John Simon.

Playing Grady is busy South Florida actor Cliff Burgess, who rarely performs in musicals. “Listen, I know nothing about musical theater. Proudly,” he concedes. “But I came into this, after reading the script, and feel it is ‘Noises Off’ meets Agatha Christie meets a musical. I don’t look at it as light or frilly. There’s so many layers that I would never have thought would be in this kind of musical.”

The idea for Curtains came from Edgar Award-winning writer Peter Stone (Charade, 1776), who passed away in 2003, without a completed script. So Rupert Holmes (The Mystery of Edwin Drood) was called in to the project and, when Ebb died a year later, Holmes help finish the lyrics as well.

Film: Playwright August Wilson began his chronicle of the African-American experience throughout the … END_OF_DOCUMENT_TOKEN_TO_BE_REPLACED

Film: Just in time with the opening of movie theaters in Palm Beach County comes the season’s most … END_OF_DOCUMENT_TOKEN_TO_BE_REPLACED

Music: The very last concert Franz Joseph Haydn attended in his life was in March 1808, about a year … END_OF_DOCUMENT_TOKEN_TO_BE_REPLACED