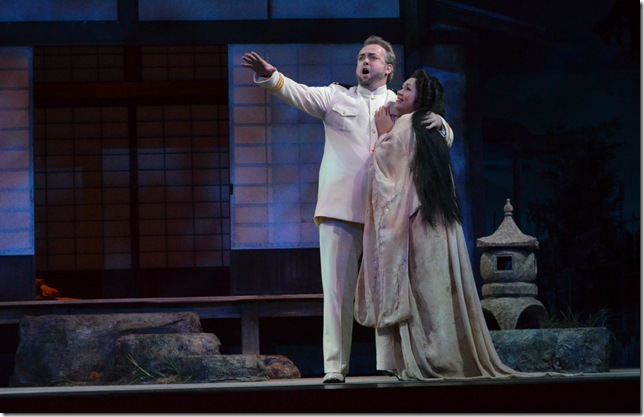 It was a good Sunday afternoon for Vanessa Isiguen.

The young soprano who made her debut in the role that day with Florida Grand Opera showed herself well up to the task of bringing to vivid vocal life the character of Cio-Cio-San, the doomed heroine of one of the world’s most popular and beloved operas, Giacomo Puccini’s Madama Butterfly.

A North Carolinian who made her professional operatic debut just four years ago, Isiguen had two things above all that she needs for a good Butterfly: A big, fresh voice with plenty of stamina for an opera that requires her almost-constant presence, and serious acting chops that made her lovable, believable and tragic in her two hours’s traffic on the stage of the Ziff Ballet Opera House in Miami. Her performance was moving and beautifully sung, and while it did not have the weighty sense of darkness and grim adherence to honor that helps explain Cio-Cio-San’s choice of suicide, it was nevertheless a triumph, and Sunday’s audience loved her.

In a long-overdue decision for local productions of this particular opera, stage director Marc Astafan (also making his FGO debut) stages this Butterfly in its original two-act version, with the overnight vigil of Butterfly and Suzuki, accompanied by the “Humming Chorus,” moving right into the final tableau. Aided by Kenneth Yunker’s expert lighting design, it works beautifully, and fully vindicates Puccini’s initial plan, which he abandoned after the opera’s disastrous Milanese premiere in 1904.

Isiguen’s Pinkerton is a young New Yorker, tenor John Pickle, recently lauded for his work in Los Angeles Opera’s mounting of Wagner’s Flying Dutchman. He, too, has a young, strong voice, with a compelling upper register that was able to navigate the love duet of Act I with power and virility. His voice has an evenness throughout its compass that surely makes him a good Wagner singer. It does not have the thrilling vividness of a classic Italian spinto nor its particular suavity, but it is nonetheless rock-solid and reliable, especially when it came to the climactic high C at the end of the duet. His acting was decent if somewhat unfocused; one wanted him to have some more swagger, a greater sense of seize-the-day imperialism. 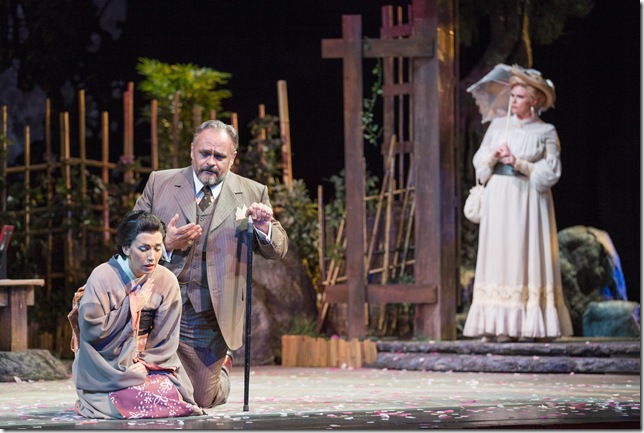 Mezzo Caitlin McKechney, an Illinoisan who like Isiguen is an FGO Young Artist, was an excellent Suzuki, with a dark, pretty voice that had good presence and blended wonderfully well with Isiguen’s. As Sharpless, the U.S. consul who tries in vain to talk some sense into Pinkerton, the veteran American baritone Todd Thomas provided an expert, well-sung performance in which he was able to use his direct, clear voice in an appealingly conversational way (not all that easy to do).

In the tertiary roles, tenor Daniel Bates was a decent if somewhat underpowered Goro, the marriage broker, while bass Jeffrey Beruan made a strong if very brief impression as the angry Bonze. The others — Chance Eakin’s commissioner, Isaac Bray’s registrar, Will Hughes’s Yamadori and Hailey Clark’s Kate Pinkerton — were acceptable, though not especially memorable.

Astafan did a fine directing job, making the most of a small but lovely set by David P. Gordon, who designed it originally for Sarasota Opera. The two-act approach is the right one to take, it seems to me, and in the vigil scene, he freezes Butterfly in place as the lights slowly darken and Suzuki sleeps by her side, and in a way that brings home her idée fixe in a most poignant manner.

His ending suicide scene is a terrific stroke of inspiration, too: Pinkerton runs up to the house and makes it there to scoop up his son only a fraction of time after Butterfly has cut her throat; in the interim, Butterfly is hesitating, looking toward the sound of her feckless husband’s voice as it approaches, waiting until the last possible moment to deliver the stroke. She then falls back toward her lover, face up, as Pinkerton hurriedly shields his son from the sight. It’s a brutal but effective way to preserve the onrush of events and its tempestuous emotion in a decisive movement, and I think Puccini would have approved.

This production could have benefited, though, from a stronger wedding party presence in Act I. Perhaps because of the set structure, and perhaps because Astafan wanted to keep the focus entirely on Butterfly, the wedding party comes only onto the house set and not the rest of the stage, which gives them a temporary-annoyance presence. But it’s much more effective when we can see that the life Cio-Cio-San is rejecting is a real life, full of real people and wounded emotion. It needed more movement, more crowding; as it was, they seem like an afterthought.

The chorus, which has a relatively small presence in this opera, was at its best in the “Humming Chorus,” and as usual, the offstage sailors at the end of the vigil were much too soft; more people on those parts would be useful. 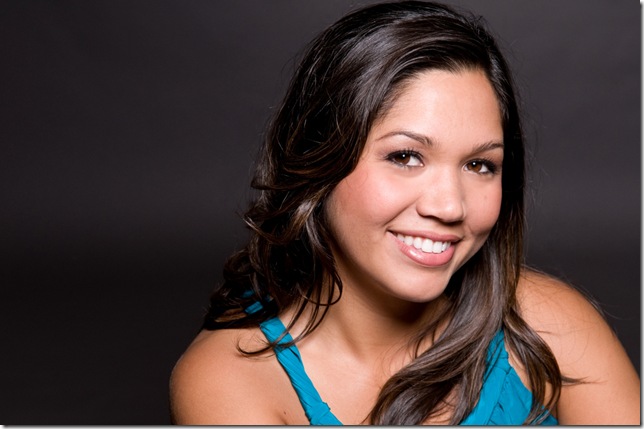 Ramón Tebar led his orchestra in hard-charging style, especially the opening fugue, which was very fast, faster than I’ve ever heard it. The love duet was somewhat pushed, too, with the music struggling to breathe — it needs to have some room to pause and build, particularly that passage just before Pinkerton tells Cio-Cio-San that she is his. It’s a natural building point, and it was missing here. Still, the orchestra played very well for Tebar, and did a lovely job of playing this complicated, highly colored score.

Vanessa Isiguen is the lead in the second cast of this Butterfly; the fine American soprano Kelly Kaduce is in the first cast opposite Uruguay’s Martin Nusspaumer, and both of them are surely worth seeing. But Isiguen’s large and impressive voice, and her ability to keep the childlike enthusiasm of a girl forced to face an ugly adult reality well to the fore in her performance, make her a most memorable Cio-Cio-San, no matter what cast she’s in.

MADAMA BUTTERFLY is repeated tonight (Isiguen/Pickle) and Saturday night (Kaduce/Nusspaumer) at the Ziff Ballet Opera House, and Dec. 4 (Kaduce) and Dec. 6 (Isiguen/Nusspaumer) at the Broward Center for the Performing Arts in Fort Lauderdale. For tickets and more information, call 800-741-1010 or visit www.fgo.org.

Film: Playwright August Wilson began his chronicle of the African-American experience throughout the … END_OF_DOCUMENT_TOKEN_TO_BE_REPLACED

Film: Just in time with the opening of movie theaters in Palm Beach County comes the season’s most … END_OF_DOCUMENT_TOKEN_TO_BE_REPLACED

Music: The very last concert Franz Joseph Haydn attended in his life was in March 1808, about a year … END_OF_DOCUMENT_TOKEN_TO_BE_REPLACED