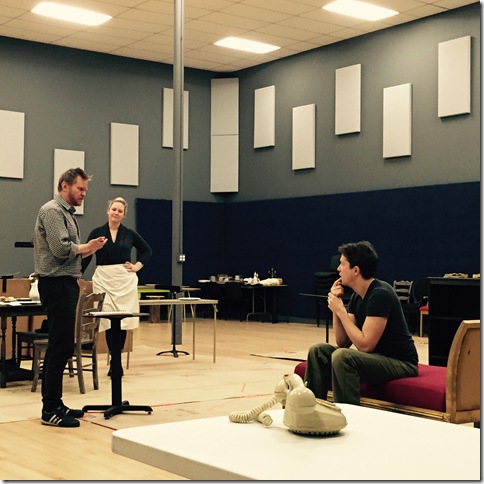 Ask composer Ben Moore about writing an “accessible” opera, and he’s not all that comfortable with the term.

“I like to say melodic, lyrical and memorable. Those are good words,” Moore said.

And for the people behind his newest project, Moore is the ideal person to bring to the operatic stage a musical language in which lyricism is the driving impetus.

“I had known Ben for many years … and I just thought he was a superb composer. But more importantly, a contemporary composer of lyrical, melodic music,” said Sandy Fisher, a Metropolitan Opera board member and former head of the Richard Tucker Foundation who commissioned Moore’s opera. “We need so much of that now in the world of contemporary music.”

Moore’s first opera, Enemies, A Love Story, has its world premiere Feb. 20-22 at Palm Beach Opera. It’s the first time in the company’s 54-year history that it’s presented a brand-new work, and it marks a milestone in the company’s development.

“I think the big benefit is that Ben wrote so many songs before he started writing the opera, so he really knows how to write for the voice, and how to show off the voice in a good way,” said Daniel Biaggi, Palm Beach Opera’s general director. 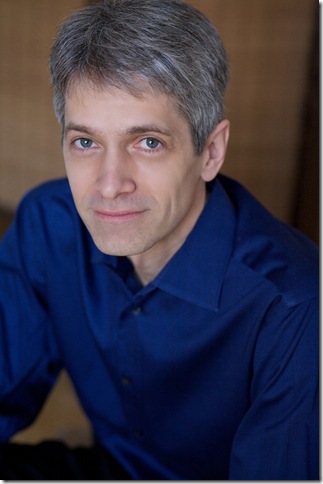 Enemies is based on a 1966 novel by the Nobel Prize-winning Yiddish writer Isaac Bashevis Singer, which Paul Mazursky made into a movie in 1989 starring Ron Silver, Anjelica Huston and Lena Olin. Set in New York City in 1948, it focuses on a man named Herman Broder, who has lost his wife and two children to the Nazis in World War II but has escaped extinction himself by hiding in a hayloft on a Polish farm.

So grateful was he to have his life spared that he has married Yadwiga, the Catholic woman who saved him, and moved to the States, where she hopes to start a family. But Broder, who works as a ghostwriter for a rabbi, is having a passionate affair with the fiery Masha, another Holocaust survivor.

He is torn between these two lives until he discovers that Tamara, the wife he thought had been killed, has survived and also is in New York. The question of how he resolves his commitment to three different women provides the forward impetus for the rest of the opera.

With the premiere just weeks away, Moore says he’s excited about how Enemies is taking shape.

“We’ve got a great cast, we’ve got a wonderful conductor who’s very excited about the project and very hands-on,” he said. “And Daniel Biaggi has been fantastic about giving me and Nahma all the support we need.” 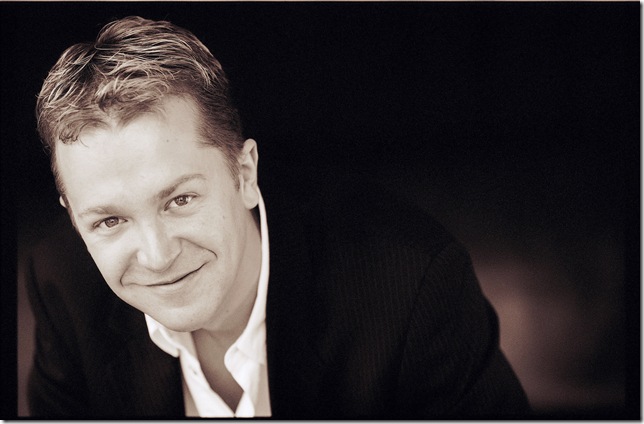 The cast is led by Daniel Okulitch as Herman, Caitlin Lynch as Yadwiga, Leann Sandel-Pantaleo as Tamara and Danielle Pastin as Masha. Rabbi Lampert is sung by David Kravitz, and the roles of Shifrah Puah and Tortshiner are sung by Jennifer Roderer and Philip Horst, respectively.

Stage direction is by Sam Helfrich, and the music will be directed by David Stern. The scenic design is by Allen Moyer, with lighting by Aaron Black, costumes by Kaye Voyce, and video projections by Greg Emetaz.

The production of the opera is being underwritten by Fisher and his wife Isanne, and by Bruce and Susie Kovner. A usual production for Palm Beach Opera costs around $700,000 to mount, but this one, which is entirely new, will run about $1.2 million, Biaggi said.

Moore, 55, occupies an unusual position in the contemporary arts world. Raised in Clinton, N.Y., he originally pursued a career in medicine, following in the footsteps of his physician father, and graduated from Hamilton College having taken a full complement of pre-med courses.

“But instead of applying to medical school, I got scared. I said to myself, ‘I want to try something completely different for a couple of years,’” he said. So he went to New York City to become an actor, and for the next six years, performed in off-Broadway, musicals, and Shakespeare productions.

That still wasn’t the career he wanted, so Moore decided to return to school to pursue one of his other passions: visual art. He earned an MFA at the Parsons School of Design, and has developed a substantial career in painting. And it was at this same time that he also turned his attention to music.

“It was only around age 29 that I started to write my music down. I’d always been composing at the keyboard, recording it, but never taking it seriously,” Moore said. 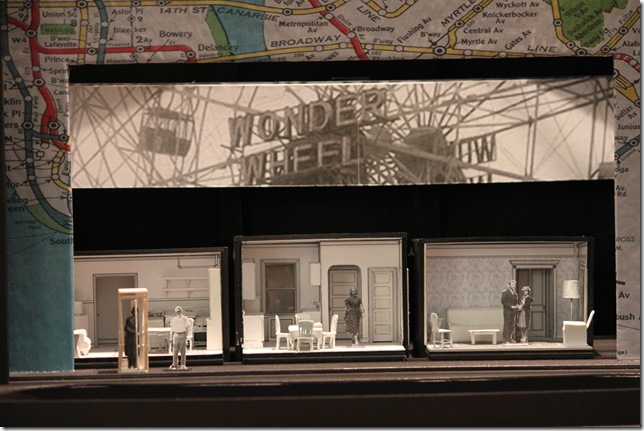 Moore’s songs have been picked up by some of the elite singers of the classical and Broadway worlds, from Audra McDonald to Susan Graham and Frederica von Stade, Nathan Gunn and Lawrence Brownlee to Deborah Voigt, who included four of Moore’s songs on her Miami recital in November 2013.

“Ben happens to be a friend of mine, and it was kind of a natural to start doing his music years ago. And I’m really happy to see that (his songs are) starting to show up on young singers’ programs here and there,” Voigt said at the time.

Fisher, a former CBS labor counsel and television producer whose credits include development of The Muppet Show, said he first broached the idea of an opera to Moore over a casual lunch nine years ago. Moore was enthusiastic, but said it would take too much time away from the things he needed to do to make a living, Fisher said.

Fisher encouraged him to look for a suitable property, and it was about a year later when Moore call him “and said, ‘I think I’ve found something fabulous,” he said. Fisher read the book and agreed, and after securing an option from Singer’s publisher to create an opera, then two men hammered out an agreement.

“I agreed to start sending Ben some money. Not a huge amount, because it wasn’t like he was going to spend all day, every day, doing it,” said Fisher, who as head of the Berkshire Opera Company in Massachusetts from 1996 to 2002 commissioned Stephen Paulus to write Summer, an opera based on a novella by Edith Wharton that premiered in 1999.

As Enemies progressed, it became clear to Moore that he needed time to work on the music and leave the libretto work to someone else. Sandrow, a scholar of the theater whose Vagabond Stars is considered the definitive history of Yiddish theater, joined the project in 2010 after Moore found her through mutual contacts.

“I wrote a scene, and it turned out to be congenial with what he was imagining, so there we were,” Sandrow said. 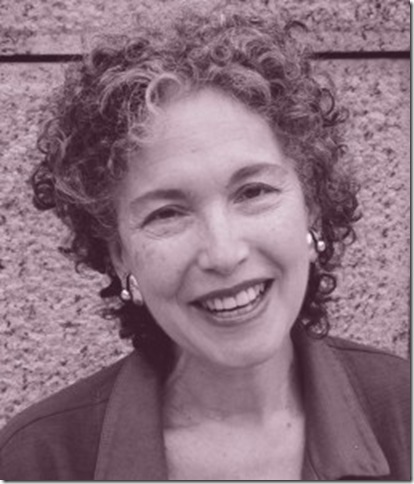 The two worked closely together, trading ideas back and forth about how music and words would best work together. Sandrow said the story is compelling for two good reasons above all.

“Love and death,” she said. “It has distinct characters, a dark setting. It’s terrific for an opera.”

It also is a Holocaust story, a subject that was problematic at first for writers trying to come to terms with it after the end of World War II. “They wouldn’t touch it,” Sandrow said. “I think they were afraid it would burn their fingers.”

As Moore and Sandrow wrote, arias and ensembles from the work were presented at Fisher’s New York apartment, to which prominent people in the opera production world were invited. The first act was ready for a workshop at New York’s Center for Contemporary Opera in January 2011, and in October of that year, Kentucky Opera gave the entire opera a workshop performance under the auspices of a development grant from Opera America.

A recording of the work in progress made it to Biaggi’s desk, and in 2012, he booked it for the company’s One Opera in One Hour series at the Harriet Himmel Theater in CityPlace (now on hiatus, but soon to return). That condensed version of Enemies, directed by Fenlon Lamb, was seen at the Himmel and at the Lighthouse ArtCenter in Tequesta at the end of February 2013.

“I think it’s an incredible piece,” said Lamb, who was in West Palm Beach in January to direct Palm Beach Opera’s season-opener, Puccini’s La Bohème. “It has a lot to say, and it has a lot of sweeping, beautiful music … I think this community will be entertained and moved by it.” 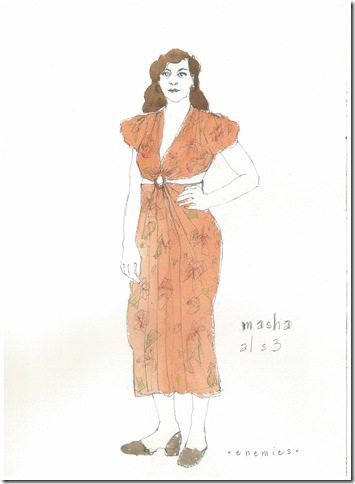 But the question remained: Should Palm Beach Opera take it on as one of its three mainstage productions?

“By then I think we’d done maybe two or three 20th-century works, and works in English overall, to start to introduce American opera and 20th-century opera,” said Biaggi, whose company has predominantly been a presenter of canonical Italian opera. “I was very happy to see that it was very well-attended … and especially that all the various board members who were there — who at the time were not necessarily the fastest to jump on board with new projects — were very excited about it and thought the music was very melodic, that it was very easily accessible, and that the story was something they could relate to.

“And so both from people who simply came to One Opera in One Hour as well as from the board leadership, it seemed to be very successful. And that, in essence, gave us the courage to commit to it,” he said.

Moore is currently in the middle of finishing his second opera, a work for children based on Homer’s Odyssey. Called simply Odyssey, it will have its premiere run Aug. 11-20 at Glimmerglass Opera near Cooperstown, N.Y.

He feels good about how Enemies has come together, and he thinks the ultimate message of the opera, though its story is shadowed by atrocity and fecklessness, is an optimistic one.

“I hope that people feel just that: a sense of hope for humanity,” he said, citing certain plot developments in the opera. “I really think the message, and it’s the message in Singer’s book, too, is that the human spirit has carried on in spite of unbelievable events. And it will continue.

“Not just life itself, but the hope for the future, and the spirit and the enjoyment of life, will continue,” he said.

Music: The very last concert Franz Joseph Haydn attended in his life was in March 1808, about a year … END_OF_DOCUMENT_TOKEN_TO_BE_REPLACED

Film: Major League Baseball culminates each season with the World Series, but to find the true … END_OF_DOCUMENT_TOKEN_TO_BE_REPLACED