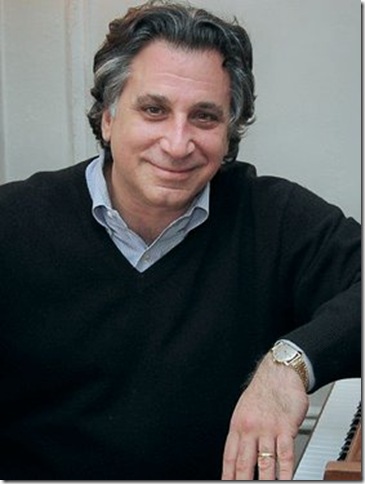 The string quartet remains the vessel into which composers since the days of Haydn have poured their deepest thoughts, perhaps because there is something about the intimate, confessional sound of the four instruments that encourages it.

On Sunday afternoon, the Delray String Quartet offered a fine contemporary example of serious string-quartet writing with a performance of the String Quartet No. 6 (Addio) by the American composer Richard Danielpour. It is one of three string quartets by the composer that the Delray will record in May, including his Seventh, which the quartet commissioned from him.

The Sixth Quartet, written for the Ying Quartet, which premiered it in 2009, is a three-movement work of considerable power, color and depth, with a tonal language sometimes akin to the “holy minimalists,” and at other times reminiscent of Shostakovich.

Danielpour, who grew up in West Palm Beach (he is a graduate of what was then known as Twin Lakes High School), spoke about the quartet before the performance, and told the sizable house at the Colony Hotel in Delray Beach that he wrote the work in Italy over a span of about three weeks, and that his goal was to construct a piece that addressed the idea of family.

The first movement is highly dramatic, opening with the cello on a somber, slow, rising scale that gets picked up by the viola and two violins and harmonized. The faster section that follows alternates a descending statement with an aggressive galop-style pattern and granitic martial motifs; the effect is quite like Shostakovich at his most forceful. The slow, melancholy mood of the opening bars returns, and the strings drape themselves like dark blankets over a series of somber chords.

The second movement begins with a driving all-pizzicato section that has affinities at first with the Tchaikovsky Fourth Symphony, but it opens up into a chugging folk dance with a rather catchy tune. The anguished arco middle section provides a violent contrast, with explosive chords and an anguished, grinding texture.

The third movement echoes the slow, hymn-like style of the opening movement, but here Danielpour distills that into something with a more definite shape. The ending of the work echoes the Haydn Farewell Symphony in that the quartet members leave one by one, with the cello the only instrument on stage. But the violins and viola then play a series of slow chords offstage, with the cello playing a repeated C underneath, until the chords evaporate.

It’s a terrific effect, and it worked beautifully in the Colony. The last section of the Sixth Quartet also contains the work’s best music, to my ears, with a plainer, more distinctive melodic shape that helps give the writing deeper communicative power.

The Delray played this work with clear commitment and passion. Everything sounded well-rehearsed, and the foursome — violinists Mei Mei Luo and Tomas Cotik, violist Richard Fleischman and cellist Claudio Jaffé — were particularly good in the hymn sections, when they displayed a kind of ensemble unity that allowed the music’s full expressive weight to come through.

This strikes me as a piece that would make a good addition to a program for an adventurous quartet. It is honest and well-crafted, it offers variety and emotional fervor, and its dramatic arc, in which the ruminative, somber mood of the opening returns at the end in a more ecstatic form, is absorbing. Certainly the audience at the Colony through so; there were repeated bravos as the audience jumped to its feet and acclaimed the performance.

The Delray’s relationship with Richard Danielpour builds on its earlier collaboration with another South Florida-rooted contemporary composer, Kenneth Fuchs, whose Fifth Quartet was written for this ensemble. In doing these works, the Delray is making its own significant contribution to the cause of new American classical music, and to the profile of the arts in South Florida, for which residents here owe them our thanks.

The first half of Sunday’s program contained an early Schubert quartet, No. 10 (in E-flat, D. 87), written when he was a teenager for his family’s own domestic music-making.

It amply demonstrates Schubert’s melodic gift and his reverence for Beethoven; the Delray gave it a careful performance, without a great deal of engagement. The one exception was the Scherzo, which despite its inconsistent ensemble, had a rough-edged charm.

First on the program was a string quartet reduction of Respighi’s third suite of Ancient Airs and Dances, written originally for string orchestra. It worked well in this stripped-down format; Respighi was a violinist and violist, and he knew how to write well for strings.

This, too, got a cautious, somewhat slow performance, though the music was lovely, and there were good lyrical solo moments from Fleischman and Jaffé. The closing Passacaglia, based on a guitar work by Ludovico Roncalli, was somewhat effortful; without the extra strings to absorb the heavily accented writing, it sounded pushed.

But this format works well for this piece, and it serves as a useful reminder that Respighi wrote three string quartets as well as a lyric scene for mezzo-soprano and string quartet (Il Tramonto). It’s repertoire that deserves more hearings and might be well-suited for this group.

The Delray String Quartet will be joined for its next concert by pianist Tao Lin in piano quintets by Brahms and Enrique Granados. Concerts are scheduled for Feb. 2o at All Saints Episcopal Church in Fort Lauderdale, Feb. 22 at the Colony Hotel, Delray Beach, and Feb. 25 at St. Christopher’s-by-the-Sea in Key Biscayne. Call 213-4138 for tickets or more information, or visit www.delraystringquartet.com.

Film: Playwright August Wilson began his chronicle of the African-American experience throughout the … END_OF_DOCUMENT_TOKEN_TO_BE_REPLACED

Film: Just in time with the opening of movie theaters in Palm Beach County comes the season’s most … END_OF_DOCUMENT_TOKEN_TO_BE_REPLACED

Music: The very last concert Franz Joseph Haydn attended in his life was in March 1808, about a year … END_OF_DOCUMENT_TOKEN_TO_BE_REPLACED