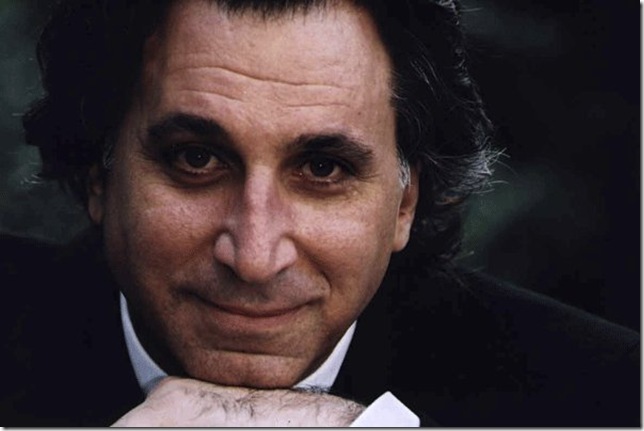 In 1995, the composer Richard Danielpour marked the 50th anniversary of the liberation of the Nazi death camps in a string quartet he subtitled Psalms of Sorrow.

That quartet, his third, featured a baritone singing texts from Stephen Mitchell’s translation of some of the Psalms. Last year, Danielpour returned to the string quartet for a seventh essay in that form, and also added a voice, this time a soprano, singing in Hebrew and English words from the Psalms, the Book of Isaiah and the Gospel of Luke.

“They are both connected, even though they were essentially written 20 years apart,” Danielpour said. “That’s very much in keeping with the kind of thing I do, because I’m looking ahead and looking back, which is, by the way, what music does: It looks ahead and it looks back, both within the composition and within the general aesthetic of the composers involved.”

The Quartet No. 7, which Danielpour has subtitled Psalms of Solace, gets its world premiere Sunday when the Delray String Quartet debuts it at the Mainly Mozart Festival in Coral Gables. The Cuban-born soprano Maria Aleida will be the soloist in the fourth and final movement. Although this will be the premiere, the Delray recorded the work last week at Miami’s Hit Factory with Grammy-winning producer Judith Sherman for a disc on Naxos of Danielpour’s Fifth, Sixth and Seventh quartets; the soloist on the recording is the Israeli soprano Hila Plitmann.

Danielpour, 59, grew up in West Palm Beach and graduated from what was then Twin Lakes High School (now the Dreyfoos School of the Arts) before moving on to study composition at Juilliard and the New England Conservatory. A teacher at the Curtis Institute and the Manhattan School of Music, he’s enjoyed a major compositional career that has won him commissions from leading orchestras such as the New York Philharmonic, Philadelphia Orchestra and San Francisco Symphony, chamber organizations such as the Chamber Music Society of Lincoln Center and the Santa Fe Chamber Music Festival, and performers such as Dawn Upshaw, Sarah Chang, and Denyce Graves, who sang the title role in his 2005 opera, Margaret Garner.

The Seventh Quartet has a “more hopeful, more positive sensibility” than its 1995 predecessor, he said, and the biblical words were chosen with that in mind.

“It’s all about renewal and rebirth, it’s all about the natural tendency in our lives to experience rebirth and rejuvenation,” he said from Los Angeles, where he is lecturing in composition this year at UCLA’s Herb Alpert School of Music. “At the very end, (the soprano) is singing from Isaiah: ‘Seek the Lord while He may be found, call upon Him while He is near,’ and she sings it again, the same line.

It’s a message many of the great thinkers in history have shared, he said — that the divine may be much closer than you think.

“And it’s something I believe in. I believe there’s a little bit of a divine spark within each one of us,” Danielpour said. 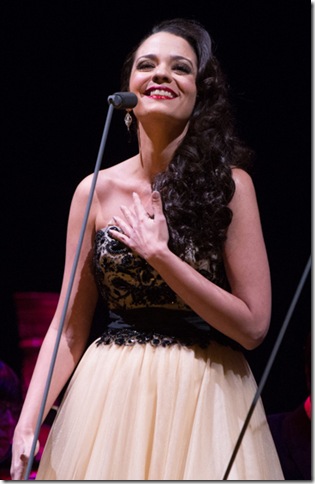 This idea has a strong resonance, too, for Aleida, who left Cuba in 1997 as a teenager when her father found work in Venezuela, where she first began studying voice. She followed that in 2007 with four years of study at the Academy of Vocal Arts in Philadelphia, and is now based in Miami, where she works with the esteemed vocal teacher Manny Perez.

A coloratura who regularly tours with Italian popera star Andrea Bocelli, she has specialized recently in music of Rossini and Bellini — she sang Elvira in Bellini’s I Puritani in February at the Maggio Musicale Fiorentino in Italy and will sing her first Donizetti role, in L’Elisir d’Amore, this summer in Costa Rica. Aleida said the “beautiful” fourth movement is well-matched to its words.

“When you read the text ‘I waited patiently for the Lord, He inclined to me and heard me cry,’ (and then) when you hear the music, you will see that it makes absolute sense musically with what the text is trying to express,” Aleida said. “You can see it. It absolutely makes sense.”

The artistic director of the Mainly Mozart Festival, pianist Marina Radiushina, had reached out to Aleida last year, asking her to perform in the festival, which she readily agreed to.

“To have the opportunity to premiere the string quartet of the maestro is really, really exciting,” she said, even when she learned that she would have to sing in Hebrew, which she had not done before. “Even though it is the first time I have sung Hebrew myself, I have to say I found it quite comfortable.”

The four movements of the Seventh reference a four-note motif heard prominently in the first movement, a contemplative essay marked Misterioso e cantabile. The motif serves as the initial launching pad for the agitated patterns in the second-movement (Presto), a hard-driving journey that repeatedly climaxes in a series of five-note hammered exclamations.

The third movement (Adagietto, simply flowing) returns to an inner-directed mood, with song-like phrases falling in a serene three-quarter time that moves without pause into the finale (Lento, solemn and prayerful). The soprano enters after a brief quartet prelude with the opening words of Psalm 40 (“I waited patiently for the Lord”), sung to a high-climbing, reaching melody. After a short agitated outburst from the quartet, the soprano returns with the first two verses of Psalm 96 (“Sing to the Lord a new song”), and the music takes on greater quietness and peace as the soloist sings her final words, which culminate with a leap to a high B-flat on the text “For the kingdom of God is within you.”

For Aleida, such spiritual things match with her own outlook on her career.

“I sing because of the pleasure of singing, and it’s a dream I have that is bigger than me: when you want something in life and you feel like you were born to do something,” she said, adding that two of the roles she hopes to do one day are Olympia in Les Contes d’Hoffmann and Zerbinetta in Ariadne auf Naxos. “I pray to God that He takes me where I am supposed to be … that He makes it possible for me to bring what I have to show to the world and to people, and to touch people’s hearts with my singing.”

Danielpour said he has some more perspective on the Seventh Quartet now that some time has passed since he completed it.

“The first three movements are a kind of searching. Some kind of voyager, searcher, explorer is looking for some kind of answer only to realize by the end of it that the answer he has been looking for has been right there in front of him, or within him. And that’s really it,” Danielpour said. “The first three movements are in a way examples of looking outside … the first one has a ritualistic feeling, the way that people look outside to find God in organized religion. The second is a very conflict-driven piece, and has to do with the idea of somehow conquering, or winning, or reigning over something else, which of course is not satisfying, either, ultimately.

“The third one comes the closest; it’s almost like a love song. It’s almost too tender,” he said, referencing that same comment by Beethoven in the score of the third movement of his Ninth Symphony. “He realizes that even that kind of tenderness is not necessarily the answer he is looking for in terms of completion.”

Danielpour had planned a five-movement work, with a second scherzo after the slow movement, but took it out after he felt that made the piece too long and “not have driven the piece to its conclusion in the way I wanted it to … I celebrate any time I can omit, get rid of something, make a cut, because it always makes the piece tighter.”

The composer has said in the past that he wanted the Seventh to be his last string quartet, but says now that he has a string quintet (with two cellos) in mind for a future piece, and may write another quartet if he gets a good idea for one. In any case, the Delray’s recording of the three last quartets, and his entire quartet output, has a special meaning for him.

“But for me, these works that have spanned three decades are so personal to me. They’re almost in a way like an exposed journal. Because artists can’t help but expand what they learn and experience, by nature, it follows that these are like very personal journal installments,” he said. “They’re all autobiographical, but they’re all about different things. If you ever take the time to listen to them all individually, you’ll see that while they sound like they’re by the same composer, they’re each quite different from one another.”

The Delray String Quartet performs Sunday at 4 p.m. in the Alhambra Ballroom at the Biltmore Hotel, Coral Gables. In addition to the Danielpour quartet, soprano Maria Aleida will sing Mozart’s motet Exsultate, Jubilate (K. 165); the quartet also will perform the Quartet No. 10 (in E-flat, D. 87) of Schubert, and an arrangement of the Third Suite of Ancient Airs and Dances of Ottorino Respighi. Tickets are $20. Call 786-556-1715 or visit www.mainlymozart.com.

Film: Playwright August Wilson began his chronicle of the African-American experience throughout the … END_OF_DOCUMENT_TOKEN_TO_BE_REPLACED

Film: Just in time with the opening of movie theaters in Palm Beach County comes the season’s most … END_OF_DOCUMENT_TOKEN_TO_BE_REPLACED

Music: The very last concert Franz Joseph Haydn attended in his life was in March 1808, about a year … END_OF_DOCUMENT_TOKEN_TO_BE_REPLACED