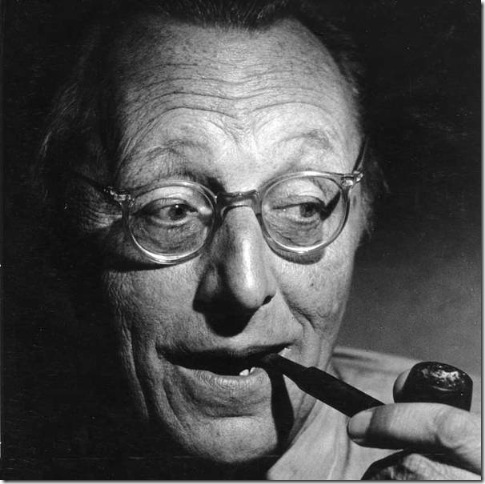 Everything about the Master Chorale of South Florida looked professional until the concert began at the Wold Performing Arts Center of Lynn University on Feb. 22.

A choir member took the mic to appeal for funds: What the funds were used for was not explained. Better to capture the names and addresses of the packed audience and mail out an appeal and tell the people why. Next, the associate conductor popped out to conduct a brief hymn by Gustav Holst that took all of five minutes.

He bowed and left the podium to the artistic director, Brett Karlin, who, before conducting the next two hymns by Holst, told us his mother was in the audience and all he wanted to do was communicate with us through the music.

The program notes for Carmina Burana jumped around from 5 to 7, (6 missing) 8 to 9b (no 9), 15 to 17 (16 missing), and two interludes weren’t listed at all. Were the missing choruses omitted because they were too raunchy? One had the feeling some editing was going on. We were also asked to read along with the music, but the house lights were too low to read the fine print.

And the doors weren’t opened until 10 minutes before the show started. The choir was being rehearsed, they said, though they’d sung the same concert on two previous nights in Pompano Beach and Miami. These were not good omens, I thought.

So, expecting a mediocre performance, I was agreeably surprised to hear a fine men’s chorus sing Holst’s Hymn to Soma, conducted by Kyle Nielsen. Taken from Sanskrit verses, Holst translated them himself and set them to music. Hymn to the Dawn was next. The sopranos were slow to warm up and didn’t hit their pitched notes clearly at their introduction. Set very high in their register, more head tone might have made a difference.

Last came Hymn to Vena, which was much better. The womens’ chorus shone and played out the rainbow colors Holst writes for this piece with a sweet delicacy of tone and a lovely unity of sound. Karlin conducted the last two hymns.

The main work, Carmina Burana, by Carl Orff, followed. Written in 1937, it broke new ground in classical music circles. The composer heard of the 13th-century monastic texts, now housed in the Bavarian State Library in Germany, and decided to go with staccato rhythms, emphasizing the cycle of life with its ups and downs. It was so successful that he withdrew his earlier compositions: operas, cantatas, and instrumental music, choosing to make this the first of three cantatas he called his Trionfi Trilogy. Burana made a fortune for him.

Carmina Burana is in three parts, “Springtime,” “In the Tavern,” and “The Court of Love.” They are preceded by a prologue of two items, “O Fortuna,” and “Lament for the Wounds of Fortune.” The soloists were Teresa Wakim, soprano; David Pereira, tenor; and Graham Fandrei, baritone. Pianists Jared Peroune and Paul Schwarz acted in place of an orchestra. The Girl Choir of South Florida, artistic director Wallis Petersen, joined in for a couple of choruses.

The five hard-working and excellent timpani accompanists were headed by Svet Stoyanov, professor of percussion studies at the University of Miami’s Frost School of Music. The other four, all from the Frost School were, William Kaufman, Matthew Nichols, Peter White and Tyson Voight. They never missed a beat and were excellent in what they gave to the performance as a whole.

The opening “O Fortuna,” was loud and vibrant, though the timpani added to the noise. I thought they were too loud and needed restraining. The men’s voices were terrific as they opened with the second prologue, “Lament for the Wounds of Fortune,” a tune which was passed around the other choral voices nicely. The choir was good here, getting into their stride.

“Spring” had a lovely timpanic opening and some beautiful sotto voce singing from the choir. Their choral sound had gelled now and they sang like professionals in this passage. It was absolutely lovely to hear, especially the long held chord, so perfectly sung, at the end.

Fandrei attacked “Omnia sol temperate” — all things are tempered by the sun — with gusto. He was on book, his lovely clear high voice had a bell-like quality and he delivered in spades all through, in solo after solo, going off book to sing in the rest of his parts. He acted operatic, meaningful and determined.

“Ecce gratum” — “Behold the welcome” — had quick catchy rhythms and the choir got so much expression into this piece one could see they were enjoying singing it. A piano interlude followed accompanied by kettledrums. My only critique here would be in the placement of the two grand pianos. Normally they have their tops off and the players face each other. By placing them facing the conductor, their sound was muffled, even with the lids up.

In “On the Green,” the sopranos were exceptionally good and “Salesman, give me the rouge,” was a delight to hear. The chorus, “Come, come my love,” was beautifully sung with great control; an excellent high point for chorus and conductor.

In Part II, “The Tavern,” the baritone opens with “Seething inside.” Fandrei has good high notes above the staff and really got into it. Pereira appeared next in “Once I Lived on the lakes,” and sang his part, set so extraordinarily high, with what can only be called a strangled vocal sound. Not his fault, just impossibly pitched for any man. Orff could have tried for a countertenor here or a male alto. As it was, Pereira managed to pull it off convincingly, high as it is.

The soprano, Wakim sang her solos beautifully, though hers too are set somewhat very high; she hit every note perfectly, using her bel canto technique to best advantage. Particularly good was her singing of “Dulcissime.”

In “The Court of Love,” (Part III) the choir outdid themselves. They mastered the Latin texts and were professional to the end, in their singing, their demeanor, how they held their scores, turning pages quietly and generally pleasing the packed house who gave them a broadside of a reception after they finished by reprising “O Fortuna.”A well-deserved roar of approval for singing this difficult but exciting music sent kudos to all 150 choristers, and their conductor, Brett Karlin, for a very fine and memorable performance of Carmina Burana.

Now for the coda: Organizational troubles can deplete the reputation of amateur groups, and though they fill houses, the competition for audience in Palm Beach County is getting stiffer by the day. Surely, putting years of service aside, there are choir members with marketing and business backgrounds who can improve the amateur approach of their administration. They should be tapped into service. A choir as good as this deserves better.

Film: Playwright August Wilson began his chronicle of the African-American experience throughout the … END_OF_DOCUMENT_TOKEN_TO_BE_REPLACED

Film: Just in time with the opening of movie theaters in Palm Beach County comes the season’s most … END_OF_DOCUMENT_TOKEN_TO_BE_REPLACED

Music: The very last concert Franz Joseph Haydn attended in his life was in March 1808, about a year … END_OF_DOCUMENT_TOKEN_TO_BE_REPLACED