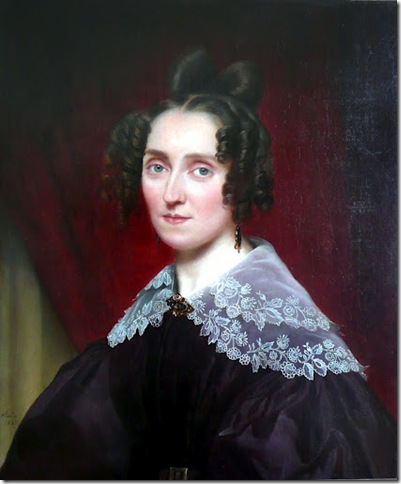 In her concert programming and her recording, the Dutch-born cellist Iris van Eck has championed the music of repertory outsiders such as Max Reger and female composers in particular, such as her countrywoman Henriette Bosmans.

On Sunday afternoon at Fort Lauderdale’s Leiser Opera Center, van Eck and her Chameleon Musicians chamber group closed their 13th season of concerts with one of the best of her rediscoveries: The Piano Quintet No. 1 (in A minor, Op. 30) of the early Romantic French composer Louise Farrenc. The work was the highlight of a very fine concert of music that included Haydn’s best-known piano trio and an obscure but powerful sextet by Mikhail Glinka.

Van Eck was joined for the quintet, which uses a double bass, by pianist Kemal Gekic, violinist Misha Vitenson (using a tablet and foot pad to turn the pages of his part), violist Chauncey Patterson and bassist Luis Gómez-Imbert. Farrenc’s quintet, written in 1839, has something of the style of Mendelssohn with the muscle of Beethoven, and its overall excellence recommends it to enterprising chamber groups everywhere.

This work received a virile and intense performance from the five musicians, beginning with its commanding first theme, which is developed in a way that sounds as though it is naturally generating its own forward motion. The slightly slower second theme serves as an ideal contrasting foil to it, and material from both of them is expertly woven throughout. Gekic has a heroic part — Farrenc was a virtuoso player — with elaborate figurations running up and down the keyboard, and he played them beautifully.

The gentle second movement had good solo moments from Vitenson and Patterson, and the quintet took the marvelous third-movement scherzo at a very brisk pace, to delightful effect. The finale had much the same feel as the first movement, with a wry contrasting theme that made the players smile each time it came up. The piece ends quietly, with a fadeaway coda and two pianissimo A’s to end the work.

From beginning to end, the five musicians had this quintet under their command, especially with Vitenson’s firm leadership (he is the first violinist of Miami’s Amernet String Quartet). It’s not going too far to call this work a minor masterpiece, and the Chameleon series has done audiences a service by restoring it to the repertory, at least for the afternoon.

Almost as good was the closing work, the Grand Sextet (in E-flat) of Glinka, written in 1832 when the Russian composer was living in Italy, haunting the opera, and not yet writing music of Russian nationalism. But although this sextet — violinist Alla Krolevich joined the other five musicians for this performance — may be highly derivative of Italian models, it is nonetheless a very attractive and entertaining piece, and its melodies are a cut above many of the other chamber works of its time.

This sextet is almost a mini-piano concerto, with Gekic required to play hugely demanding music of bravura flair, most of which he tossed off admirably. The rest of the ensemble plays a subsidiary role much of the time, but Glinka has scored their parts with color and variety.

As with the Farrenc quintet, the six players displayed laudable unity, giving a tight, forceful reading to the big opening movement, particularly at the return appearances of the five-note thematic motif that holds the whole thing together. The slow movement, a bel canto aria in everything but name, had moments of great effectiveness, including the way the string players slowly built from nothing into a rich flowering when they took over the melody that the piano had first introduced.

The slow movement and finale are linked without pause, and here, the transition to the last movement was messy, with Gekic and the rest of the sextet missing each other in the first bar proper of the new movement. But it was a glitch, not a catastrophe; overall, this sextet was played with passion, strength and high artistry.

The concert opened with Vitenson, van Eck and Gekic in the Gypsy Trio (No. 39 in G, Hob. XV: 25) of Haydn, a piece much treasured for its charming finale. This is modest but brilliantly crafted music, and the smoothness and confidence the Chameleon musicians brought to this whole concert was in evidence right from the beginning of this trio. In previous Chameleon concerts, there have been balance problems with pianists playing far too loud; here, though, Gekic played with restraint, and the three musicians made splendid partners.

And after a surpassingly elegant first movement and a second of loveliness and grace, the finale was just as bubbly as it should have been; fast, but not overly so, and a sparkling way to begin a nourishing concert of unusual and immensely rewarding music.

Film: Playwright August Wilson began his chronicle of the African-American experience throughout the … END_OF_DOCUMENT_TOKEN_TO_BE_REPLACED

Film: Just in time with the opening of movie theaters in Palm Beach County comes the season’s most … END_OF_DOCUMENT_TOKEN_TO_BE_REPLACED

Music: The very last concert Franz Joseph Haydn attended in his life was in March 1808, about a year … END_OF_DOCUMENT_TOKEN_TO_BE_REPLACED