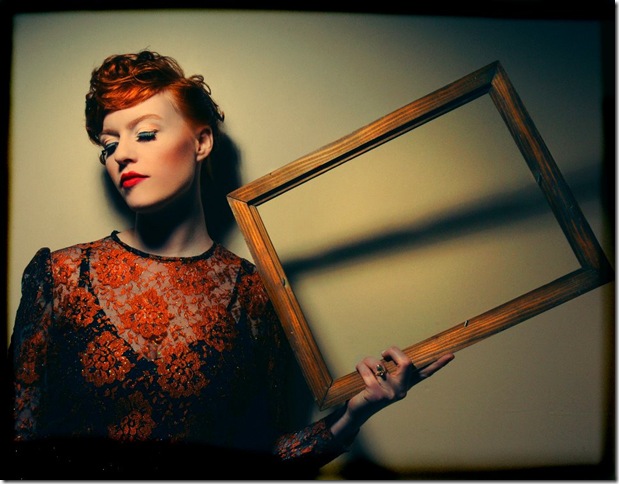 Crazy Is, the independent debut CD by fledgling recording artist Anna Haas, might well have been called A Tale of Two Cities.

That’s because the Nashville-born and raised vocalist and pianist has split time between her hometown of Music City and another music city, New York, over the past decade. Crazy Is was even recorded in various studios within each locale.

“I’m back and forth a lot, but I’m in Nashville now,” Haas says. “I lived in New York City for a few years after college, and most recently in East Greenwich Village, which I loved. There’s a great music scene there. I’ll move back when I can make enough money not to have to wait tables.”

Music was certainly not Haas’ only avenue toward an income. A veritable Renaissance woman, she attended Emerson College in Boston to study acting and dance, appearing in productions of Chicago and A Chorus Line while additionally immersing herself into choreography and creating installation art.

“I mostly studied musical theater at Emerson,” she says, “and then went to New York to do the Broadway audition circuit. All of which has definitely influenced my music. Even in theater, I was using my voice, so eventually I realized that singing was what I truly loved to do, so I’ve moved back to Nashville to pursue music. It’s infinitely less stressful here. I love New York, but you have to love it for all that it is. Most of which is extreme.”

Haas’ extreme attraction to New York City made for quite a recent adventure with her guitarist, Doug Gross.

“We basically drove right into Hurricane Sandy,” she says. “They weren’t hyping it so much in Nashville, so even though people in New York were telling us not to come in, we decided to drive up there to honor our tour dates. Which were all canceled because there was no power, but we got other gigs, in between waiting in lines to buy gas. It was crazy.”

The all-original Crazy Is features 11 compositions by Haas, who took both dance and classical piano lessons through her childhood. Marilyn imagines the loneliness that the late Marilyn Monroe felt; The Real New York features the refrain of, “I wanna be a part of the real New York/The one with all the secret dives and secret doors/I wanna be a part of the place where dreams may or may not come true.”

Train Song and Find Your Home were both inspired by the loss of Haas’ grandmother, and the CD’s dark love songs range from manipulation (the title track) and long-distance relationships (Just the Breath Of) to drug-induced hazes (High) and philandering (Maypole).

The effect is like a cross between Lady Gaga and the late Freddie Mercury of Queen, an admitted influence on Haas. And that modern blend of visual imagery and theatrical composition clearly appealed to the Arts Garage in Delray Beach ― a venue that normally books established artists from local (Randy Bernsen, Melton Mustafa, Jeff Prine) to international (Randy Brecker, Orquesta Aragon, Dr. Lonnie Smith).

“The Arts Garage is devoted to presenting both iconic figures and legends in the making,” says executive director Alyona Ushe. “Anna is destined for stardom and personifies our mission. She’s an abundantly talented, edgy, and highly diverse artist, and her performance is awaited with great anticipation.”

One of Haas’ love songs on Crazy Is sets itself apart. Lilla details a covert relationship with another woman (“Breathing hard and spooning, watching as the moon seeps through the window/What happens the next day?/We go back to what’s expected.”).

“It’s about the first, and thus far only, woman I’ve ever been in love with,” Haas says. “There are so many artists trying to be ambiguous about who they are and what they’re singing about. This was such a different relationship than ones I’ve had with men that I decided the only way to write it was with no shame. There was no way to cloak it. And my parents had no idea that relationship ever happened until they listened to the CD!”

Haas credits her parents with creating an open-minded environment that nurtured her diversified artistry.

“They’re so open that nothing like that would become a big deal,” she says. “My dad always wanted to become a music teacher, even though he’d become a doctor. He’s been the most supportive person for me throughout my career.”

“I think I’ve grown as a lyricist,” Haas says. “I used to try to write things that would purposely go over people’s heads, thinking that people not understanding my meaning would make me seem deep. I’ve learned that less can often be more, and saying what you mean more directly can make for better communication.”

Mission accomplished on Crazy Is, on which Haas waxes sarcastic and intelligent, metaphorical and vulnerable within a musical backdrop provided by some of the best studio musicians from both Music City and the Big Apple. And while many of Haas’ live shows are high-octane outings with her full band, her South Florida appearance will be a duet with guitarist Gross that will put her compositional imagery under the microscope.

“Doug is such a great guitarist,” Haas says. “He’s the rock in my band. He’ll play both electric and acoustic guitars in a stripped-down show, and I’ll play piano and sing. Which is a format I like, because I think it lets the songs and lyrics speak a little more.”

Though this will be Haas’ first appearance at the Arts Garage, it won’t be her first time in Delray Beach. As part of a team for the Travel Channel’s Best of the Road program in July, she named Delray Beach the “Most Fun Small Town in America” after visiting several for the series.

“I’m very excited to come back,” she says. “With my red hair and fair skin, I’m not normally a beach town person. But Delray is such a community, and it appreciates and values art, culture and music. They know how to have fun there, so we’re looking forward to more of that.”

Film: Playwright August Wilson began his chronicle of the African-American experience throughout the … END_OF_DOCUMENT_TOKEN_TO_BE_REPLACED

Film: Just in time with the opening of movie theaters in Palm Beach County comes the season’s most … END_OF_DOCUMENT_TOKEN_TO_BE_REPLACED

Music: The very last concert Franz Joseph Haydn attended in his life was in March 1808, about a year … END_OF_DOCUMENT_TOKEN_TO_BE_REPLACED