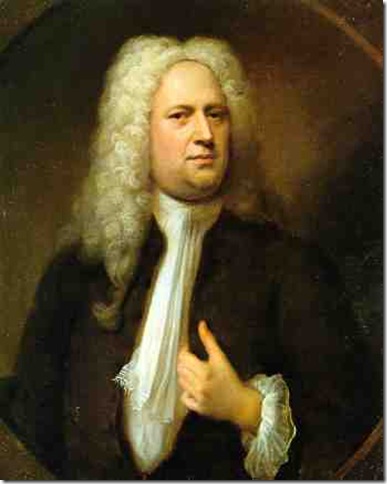 Annual performances of George Frideric Handel’s oratorio Messiah at this time of year are always of the so-called Christmas portion, that close-to-half of this Easter piece that touches on the birth of Jesus.

In his return to area podiums for the first time since 2001, former Florida Philharmonic director James Judd leads performances of the entire oratorio, as he did in his Philharmonic days, and it is an event that is well worth a local concertgoer’s time. Although there are some blemishes that keep the performance just shy of superior status, hearing Messiah again this way, with fresh approaches to familiar passages and fidelity to the variety of Handel’s art, is nothing short of a joy.

The Master Chorale of South Florida benefits in this Messiah from an inspired stroke: the casting of four Curtis Institute students as the soloists. This music is fresh for this quartet of fine young singers, and they give committed readings of the work that demonstrate their already impressive professionalism and allow the audience to hear some voices they will no doubt encounter again later in their careers.

All four of them — soprano Sarah Shafer, mezzo-soprano J’nai Bridges, tenor Joshua Stewart and bass Thomas Shivone — drove the usual part-time soloists you often hear at this time of year far into the shade, a salutary reminder that this is difficult music of the late Baroque, and it needs to be sung by musicians like this who know what they’re doing. Perhaps the most remarkable voice of the four was that of Shivone, a Texan with a powerful, beautifully colored instrument that was even more eyebrow-raising because of the 19-year-old baby-faced body out of which it issued.

In Saturday night’s performance at Spanish River Church in western Boca Raton, Judd led members of the Boca Raton Symphonia (and other guest players) in a special Messiah orchestra that sounded lithe and springy, well-balanced and very much in keeping with the size and makeup of the orchestra Handel himself had at the first performance of this work in Ireland in 1742. They followed Judd’s direction admirably well, changing dynamics immediately when called for, and overall staying tightly controlled and carefully supportive of soloists and chorus.

The chorale itself sounded decent overall Saturday night, but underpowered, especially at the big climaxes. This is a singing group in serious need of about six to eight more men in particular; it needs more weight at the bottom and richer filling in the middle. The women were stronger, though even there a couple more sopranos capable of taking the high As and B-flats with ease would be welcome.

Despite its lack of heft, the Master Chorale proved adept at taking some of Judd’s faster tempi, particularly in the chorus He trusted in God, which came across with all the aggression and force Judd wanted to bring to its mocking, abusive text. There were nice touches all night like this, interpretations that were grounded in the words: The slow, pianissimo treatment of And with His stripes, conjuring up almost a Renaissance-style mood of hushed devotion, and the almost giddy, shouted rapidity of Let us break their bonds asunder.

Heard in full, the oratorio has a great deal of solo song, and each of the four singers had an opportunity to shine. Soprano Shafer has a light-but-strong voice with a lovely clarity, and showed herself adept at tasteful variation and singing the amiable roulades of Rejoice greatly. Bridges, the mezzo, has a very attractive lower register and a delicately pretty sound (well-represented in But who may abide); she also has a good feeling for interpretation that she brought fully to bear in the beautiful He was despised. And had the tempo in He shall feed His flock been just a bit slower, both Bridges and Shafer would have been able to indulge the more heartfelt aspects of their art to better advantage, gentle and sweet though their singing already was.

Tenor Stewart has a big, warm, confident sound that showed no strain whatever in the occasional forays into his upper register, such as in his fine readings of But Thou didst not leave His soul in hell and Thou shalt break them, or indeed in the opening Comfort ye, my people. And Shivone, whose voice reminded me of the British bass John Tomlinson, stood out throughout (even with his score held up too close to his face), giving a powerhouse version of The trumpet shall sound, aided by an exemplary, crystalline trumpet solo — complete with good ad-libs — by Jeff Kaye.

Best of all, this is a beautifully thought-out Messiah, even when some of the interpretations (the pacing of the final Worthy is the Lamb chorus) are debatable. Here is a conductor who has thought carefully about the reading he wants to give to this work, and he does it with a deep understanding of good Baroque style. It is  a professional Messiah in the fullest sense of that word, and greatly enjoyable because of that.

One is left after this performance with several emotions: Confidence at hearing how good the new generation of classical musicians is; regret that events like this are too often encountered from outside rather than local forces; and admiration for the astounding variety and beauty of Handel’s score. He was a man of the theater who knew how to keep an audience engaged, and the Master Chorale’s Messiah is a perfect way to grasp that.

The final Master Chorale of South Florida performance of the complete Messiah will be presented today at 2:30 p.m. in the Broward Center for the Performing Arts in Fort Lauderdale. Tickets: $15-$75. Call 954-462-0222 or visit www.browardcenter.org, or visit www.masterchoraleofsouthflorida.org.

Film: Playwright August Wilson began his chronicle of the African-American experience throughout the … END_OF_DOCUMENT_TOKEN_TO_BE_REPLACED

Film: Just in time with the opening of movie theaters in Palm Beach County comes the season’s most … END_OF_DOCUMENT_TOKEN_TO_BE_REPLACED

Music: The very last concert Franz Joseph Haydn attended in his life was in March 1808, about a year … END_OF_DOCUMENT_TOKEN_TO_BE_REPLACED