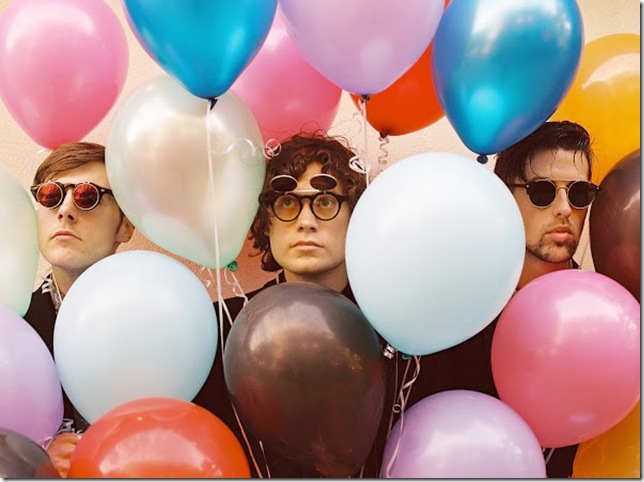 SunFest is a little younger than Saturday Night Live, but bears similarities to the iconic TV series that recently celebrated its 40th anniversary.

Starting out small and grass-roots in 1983, the sprawling West Palm Beach event, set for April 29-May 3, now calls itself “Florida’s largest waterfront music and art festival.” And as is the case with SNL, some people prefer the original blueprint, while others appreciate the increased popularity, growth and longevity.

The very first SunFest featured mostly local performers and community orchestras, but steady gains in attendance through the rest of the decade meant big-time bookings of R&B (Blood, Sweat & Tears was an early headliner), blues (John Lee Hooker entertained a crowd in front of the old West Palm Beach library in 1987) and jazz/fusion artists (New York City group Steps Ahead played a banner set on the south stage in 1989).

But like Saturday Night Live, SunFest grew by appealing to different age groups as it got older. In the 1990s and early 2000s, the festival exploded through banner names from classic soul (Ray Charles and James Brown) and roots music (Bob Dylan and Bonnie Raitt) to emerging rock (Phish and Blues Traveler) and established jazz (David Sanborn and the Brecker Brothers). 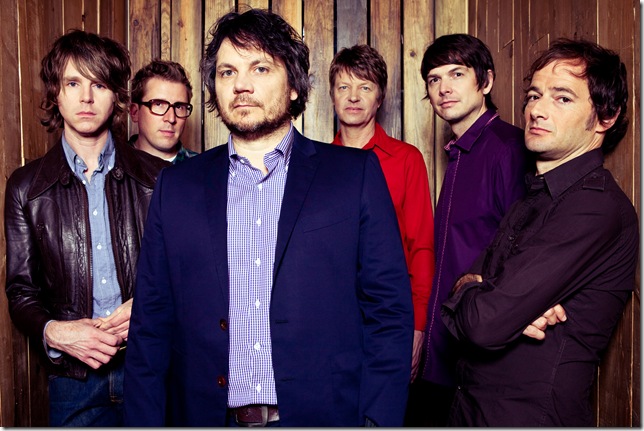 The 1996 inception of the Meyer Ampitheatre even created a permanent midway stage for SunFest. Between then and 2001 alone, it hosted epic performances by funk act The Time, indie-rock pioneer Ani DiFranco, and the powerful horn groups Average White Band and Tower of Power.

At the dawn of the 21st century in South Florida, it seemed easy to assume that SunFest had established national name recognition. But for a future SunFest performer growing up in the opposite corner of the country, that wasn’t yet the case.

“I’d never heard of SunFest until we got booked for this one,” says Nick Wold, Seattle-born lead vocalist/guitarist for an up-and-coming band of 20-somethings called Dreamers, playing on the Tire Kingdom Stage during the evening of May 2. “But once we read up on it, we got very excited to play there.”

Wold and Bagamery had actually moved from Seattle to New York City to play jazz before forming Dreamers with Nelson a year ago and going in a completely different direction. But the experience in that challenging genre helps the trio display solid musicianship within a style now as rooted in power-pop (check out their single, “Wolves”) as in grunge, even though they cover Nirvana’s “Drain You.”

Still unsigned after rejecting multiple label offers they felt weren’t right for them, the band has benefited from the popularity of “Wolves” on Sirius XM’s Alt Nation and other radio programs to increase interest in its forthcoming debut CD, due out this summer. With favorable press from the likes of Billboard, Spin, Alternative Press and Guitar World, the trio’s members spoke by phone in between five days of shows at the coveted South by Southwest Festival in Austin, Texas, in mid-March.

“It’s been great,” says Wold. “We’ve already done showcases and acoustic performances, and seen some great bands. And we’re enjoying the weather in the South. It’s been a long winter in New York.”

“We’re a young band, so we’re also enjoying traveling through a lot of markets that we’ve never been to before,” Nelson says. “And the success of ‘Wolves’ seems to be bringing people out everywhere we go.” 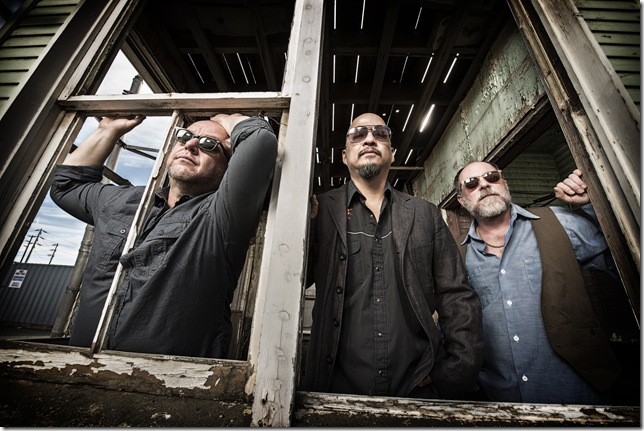 Dreamers is practically guaranteed plenty of listeners, as well as plenty of sun, at SunFest. In the past 15 years, attendance has snowballed (reaching 175,000 last year) as the jazz bookings have faded in favor of more modern and classic rock. But as creator Lorne Michaels has done with Saturday Night Live, SunFest executive director Paul Jamieson (who’s been executive director since 1996, and with the organization since 1990) has helped to make those numbers rise, even if it means facing occasional questions over casting.

“The last big-name jazz artist we booked was in 2012 with Herbie Hancock,” Jamieson says, “who put on a great show but just didn’t draw very well. Jazz tends to draw an age range of baby boomers and older, and those folks don’t want to be out in the heat and elements as much. Or necessarily out at 10 p.m. Herbie was on a Thursday night, and helped us learn that any jazz bookings have to be very strategically placed.”

Jamieson also mentions factors that range from common sense to ones only someone on the inside of such an event might be in position to know.

“If you look at the overall lineup, it might look like a hodgepodge,” he says. “But we look at age groups like millennials and baby boomers, and try not to compete with ourselves regarding acts that are on different stages at the same time. So we have a hot, up-and-coming act like Hozier on a Saturday night at our main stage, with totally different age demographics at the middle stage with Stone Temple Pilots, and at the south stage with ScHoolboy Q.

“Same thing with Friday night, when we have Kaskade, Lindsey Stirling and 311 playing simultaneously; Saturday afternoon with Damian Marley, Eddie Money and Edward Sharpe, and Sunday night with Fall Out Boy, Boston and Awolnation.” 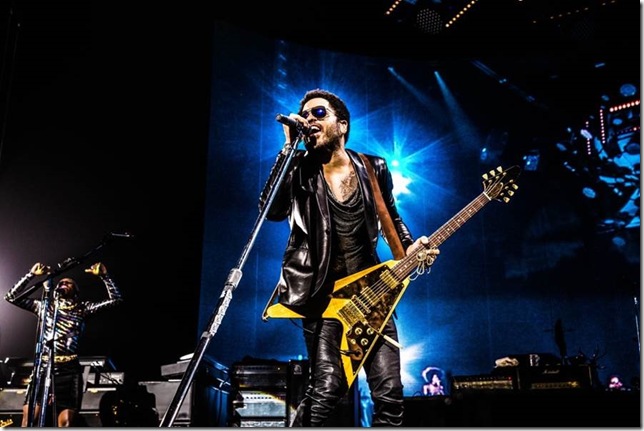 “Another factor is who’s available to us,” says Jamieson. “There are only so many acts that can come down to South Florida, where we’re a routing nightmare, even though our budget for music alone has gone up more than a million dollars since 2012. The local acts have to complement the nationals, and recently, the national performers have wanted to have the local acts we consider run by them for approval first. Some also want to have the acts opening on tour for them playing before them here as well, like Copeland before Paramore, Rico Monaco before Sammy Hagar, and Dreamers before Stone Temple Pilots. Even the Dew Pendleton Band, the Florida act playing before Dreamers, was run by STP first. That’s not always the case, but it’s becoming more frequent.”

The members of Dreamers are, understandably, less concerned with who’s playing before them than the ’90s-spawned icons who close Saturday night on SunFest’s center stage.

“We’re super-grateful to Stone Temple Pilots,” Wold says, “and we’ve been fans of theirs for so long. It’s the classic lineup except for Bennington instead of Weiland, which we think will work out great. Most bands with their status don’t pick unsigned artists to open for them.”

SunFest takes place along the Intracoastal Waterway in West Palm Beach, on Flagler Drive from Banyan Boulevard to Lakeview Avenue. Tickets range from $32 for a one-day pass to $80 for a five-day pass (ages 13 and up); they range from $10 to $30 for youths 6 to 12, who must be accompanied by an adult. Senior tickets are $20 and are available only at the door with valid ID. Call 1-800-786-3378 or visit www.sunfest.com.

Here is a list of the acts currently appearing:

Film: Playwright August Wilson began his chronicle of the African-American experience throughout the … END_OF_DOCUMENT_TOKEN_TO_BE_REPLACED

Film: Just in time with the opening of movie theaters in Palm Beach County comes the season’s most … END_OF_DOCUMENT_TOKEN_TO_BE_REPLACED

Music: The very last concert Franz Joseph Haydn attended in his life was in March 1808, about a year … END_OF_DOCUMENT_TOKEN_TO_BE_REPLACED