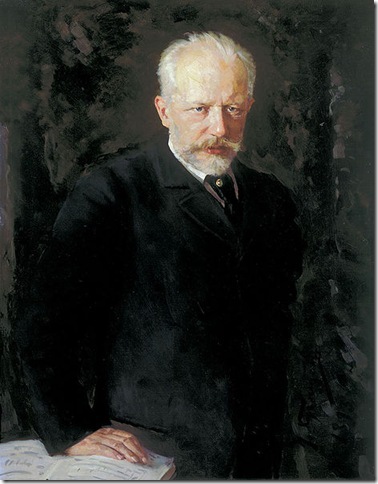 On the verge of an eighth season that will include a new recording and a world premiere, the Delray String Quartet sounded confident, polished and vibrant as it finished up its seventh season Sunday afternoon in Miami.

Closing its fifth and final series of programs at St. Stephen’s Espicopal Church in Coconut Grove, where the competition from the Taste of the Grove festival next door could sometimes distantly be heard, the Delray gave solid, powerful accounts of two core repertory pieces before closing with an encore by the nation’s most recent Pulitzer Prize winner for music.

The quartet’s work this season has sometimes been variable; intonation problems marred its reading of the Shostakovich Seventh Quartet earlier in the season, a marked contrast to the smoothness and beauty it brought on another concert to the Fourth Quartet of the American composer Kenneth Fuchs, whose Fifth Quartet is being written for the ensemble.

The group also has concertized in an increased number of venues this year, with appearances in Naples, Wellington and West Palm Beach to add to its regular concerts in Delray Beach, Fort Lauderdale and Coconut Grove. Second violinist Tomas Cotik, new to the foursome this year, makes a fine addition, as could clearly be heard throughout Sunday’s concert.

The first work on the program was the second of Robert Schumann’s three quartets (in F, Op. 41, No. 2), which got a passionate performance overall without losing track of its classic outlines. That was particularly true of the first movement, which had good ensemble, a nice tempo, and strong playing from each of the musicians, all the while remaining right in line with the sturdy optimism of the movement.

The second movement, too, had plenty of emotion and color as it made its way through the mood shifts of the variations. The Molto piu lento section was especially affecting, but the main theme could have used a touch more swing, a little more drive; still, the group produced a very pretty sound in the most heartfelt passages.

The Scherzo had a nicely aggressive feel to it because of the way the three players providing the harmony under first violinist Mei-Mei Luo – Cotik, violist Richard Fleischman and cellist Claudio Jaffé – punched their offbeats. The trio was a bit stiff, though, and needed a slightly speedier tempo and a sharper feeling of playfulness to make a more effective contrast.

In the finale, the quartet built up a big head of steam in the cello-led transition section back to the recap, and ended the work in exuberant fashion.

Even better was the piece on the second half of the concert, the Tchaikovsky Second Quartet (in F, Op. 22), a more expansive work than the Schumann and one whose full-on Romantic style seems to suit this quartet admirably.

This rendition of the Tchaikovsky appeared to have been thoroughly practiced, with Luo’s quasi-cadenza in the opening pages clearly and precisely played. Here, too, the quartet let all the stops out in the full-bore sections, with highly exciting results, and a logical outgrowth of the pointed, communicative way the primary material was played.

The time-switching Scherzo second movement had a gentle lilt and tight unity from the foursome, and a spunky trio in which Luo and Cotik traded primacy in the theme with a good equivalence of approach. The slow movement had lovely work from Jaffé in particular in bringing out the theme (with its echoes of None but the Lonely Heart), and once again ensemble was critical in coming successfully out of the explosive middle section into a restoration of the opening’s melancholy restraint.

The resonance of the St. Stephen’s acoustic helped the quartet sound massive in Tchaikovsky’s biggest moments, and so by the end of the finale, a sense of joy and athleticism was present in every measure, as the quartet rode Tchaikovsky’s galloping rhythms to a warmly applauded conclusion from the small but enthusiastic house of about 40 people.

The Delray finished off with a delightful encore: A Horseherd’s Mountain Song, from a collection of Chinese folksong arrangements by Zhou Long, a Beijing-born composer now teaching in Kansas City who won the Pulitzer for music on Monday for his opera Madame White Snake. Zhou presents the folktune in engaging, straightforward style, punctuated by shouts from the players, and it was performed – and barked – with gusto.

Film: Playwright August Wilson began his chronicle of the African-American experience throughout the … END_OF_DOCUMENT_TOKEN_TO_BE_REPLACED

Film: Just in time with the opening of movie theaters in Palm Beach County comes the season’s most … END_OF_DOCUMENT_TOKEN_TO_BE_REPLACED

Music: The very last concert Franz Joseph Haydn attended in his life was in March 1808, about a year … END_OF_DOCUMENT_TOKEN_TO_BE_REPLACED