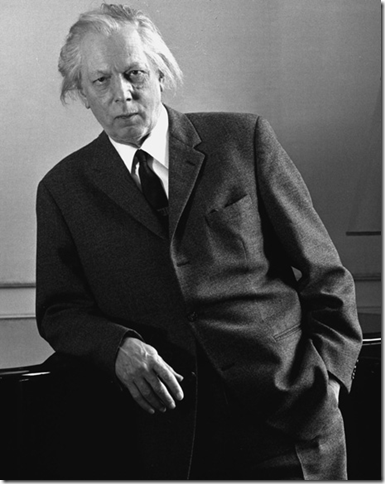 Music quiz: You are presented with a single page of an upcoming chamber music concert in South Florida listing the titles, composers and instrumentation of the works to be played, but no mention of the name of the chamber music series or who are the performers.

The program consists of Tomaso Albinoni’s Concerto in C for trumpet, oboes and bassoons; André Jolivet’s Pastorales de Noël for flute, bassoon and harp; Boris Blacher’s Divertimento for trumpet, trombone and piano, and Leonard Bernstein’s Clarinet Sonata. The question: What is the name of the group presenting this concert?

The answer, of course, is the Palm Beach Chamber Music Festival. Few other chamber music groups would be playing a program of a little-known Baroque trumpet concerto and three 20th-century works, two of them rarely heard in the concert hall. The festival closed its first-ever fall series Nov. 14 and 15 in back-to-back concerts in Boca Raton and Lake Worth.

Tomaso Albinoni was an 18th-century Italian composer somewhat in the mold of Vivaldi. Incredibly prolific, he wrote more than 80 operas plus a large body of instrumental music; but in a curious twist of fate, the one work of Albinoni that everyone knows, the ubiquitous Adagio, was not written by him but is a modern-day hoax, a piece cobbled together from questionable sources by a 20th-century Italian musicologist.

The trumpet soloist in the concerto that began the program at Lynn University’s Wold Performing Arts Center on Nov. 14 was accompanied by an unusual ensemble: three oboes and a bassoon (a second bassoon was added to provide, in part, the bass line in the original continuo of the work.) In Baroque concertos, the non-soloist players were called the ripieno (also a culinary word in Italian for stuffing). In the Albinoni concerto, this ripieno of double-reed instruments was especially attractive. It is rare that one hears the sound of a consort of three oboes and bassoon.

However, one regretted that the full continuo to the concerto was left out. A harpsichord with string bass or cello would have added a soft sheen to the somewhat dry timbre of the double reed instruments. Even if a harpsichord wasn’t available, there was a harp on the program. With a bit of tweaking, the harp might have provided a very attractive if somewhat unusual continuo part.

Marc Reese was the consummate trumpet soloist in the Albinoni concerto, handling its technical and endurance difficulties with complete ease. A member of the renowned Empire Brass Quintet for many years, he also is associate professor of trumpet and head of the brass department at the Lynn University Conservatory of Music. The ripieno bassoonist was Michael Ellert, who also teaches at Lynn. Former Florida Philharmonic member Erika Yamada was guest oboist and three very accomplished students from the Lynn Conservatory, oboists Asako Furuoya and Greg Stead, and bassoonist Ruth Satos, rounded out the ripieno.

The other work on the first half of the program was Bernstein’s Sonata for Clarinet and Piano, a very early work by the famous conductor and composer, written while he was still studying at the Curtis Institute. It is a perky two-movement sonata very idiomatically written for the clarinet, and one can hear, particularly in its second movement, the highly energetic, rhythmically charged and somewhat jazzy sound that characterizes the music of his later stage works such as On the Town and West Side Story.

The sonata was given a highly stylized performance, keenly sympathetic to Bernstein’s musical personality, by clarinetist Michael Forte and pianist Lisa Leonard. Forte, one of the founders of the Chamber Players, is a principal or co-principal clarinetist with three major Florida orchestras, here and in Fort Myers. Leonard is head of the Collaborative Piano Department at Lynn and an active chamber music performer year-round in South Florida.

Her piano part in the Bernstein work is often as virtuosic as the clarinet’s. She handled the piano writing with ease and authority, particularly commendable in that she is so often called on to perform new music. It is one thing to perform in a Beethoven trio a part that one has played many times in the past. The music is in one’s fingers and ears. It is quite another, though, to be playing two new contemporary works, as she did in this program, and just a month ago to have played yet another new work in the Chamber Players’ second Wold Center program.

Forte played with his customary fluency. One expects the kind of dexterity that clarinetists of his caliber display. However his mastery of tone control is not as often heard. The clarinet has three voices: a very dark hued bottom register, a piping high register and in between a some what bland octave and a half. Forte shifts gear seamlessly between these three registers so that one hears a completely even sound from the lowest to highest notes of his clarinet, a great advantage in playing a work with as wide a range as the Bernstein sonata.

Most American concertgoers will not know the name of Boris Blacher, a German composer and teacher (1903-1975) who was highly respected in his homeland until the Nazis labeled his music entartete (degenerate) in the 1930s, and he was forced to resign his teaching post in Dresden. After the war, his former reputation as a composer and composition teacher was restored.

The Palm Beach Festival players honored this worthy composer with a performance of his Divertimento for trumpet, trombone and piano. Reese and Leonard returned to the stage and were joined by trombonist David Satterwhite, assistant professor of trombone at Lynn.

Blacher’s music is not very Germanic-sounding and often seems to run counter to either the late German romanticism of Richard Strauss or to the opaque complexities of Schoenberg. His music is very tonal but fresh-sounding, witty, occasionally jazzy and melodically catchy (the opening tune to the Divertimento is still running around in my head). He writes instrumental music with a very sure hand.

The Divertimento consists of seven short movements — three of them for the full trio, three duets and a solo piano movement. This reduction of instrumentation within the same work, a not uncommon device in contemporary chamber music, proved especially effective in the Divertimento.

It was a polished performance with a very engaging element of spontaneity. Articulations were crisp and balances were finely worked out. Particularly memorable were the opening and closing movements, with their infectious themes bouncing between players as in a very free-style three-part invention. The duet between muted trombone and piano added a plaintive note to the Divertimento, and the solo piano movement with its incessant two-chord bass ostinato was also particularly effective. In that movement, Leonard managed to make the final chords fade away almost to niente but still able to be heard in the far corners of the Wold auditorium. That kind of tone control needs a very fine piano and a very fine pianist.

The Blacher trio was a real surprise, and we thank the Festival players for programming it. We did, however, miss the Stravinsky Octet that had originally been scheduled for this concert and which we assume was scrubbed in favor of the Blacher. May we have a rain check for the Stravinsky? And perhaps on the same program there could be a repeat performance of the Blacher Divertimento. Both works are examples of 20th-century neoclassicism at its best.

The concert did not end with the proverbial bang but with a whisper. The closing piece was Pastorales de Noël by the French composer André Jolivet. Actually, it was a shrewd bit of programming to have placed the quiet, tranquil Pastorales at the end. On a program that included three other pieces all fast, fairly loud and jaunty, the Jolivet music would have been swallowed up had it been placed before or in between any of them. As it was, the audience left the Wold Center with just a quiet hint of Christmas in their ears, perhaps the first such musical nod to the holidays yet heard in the concert hall.

The Pastorales are scored for flute, bassoon and harp. In instrumental combinations with harp the pairing of flute and harp is probably the most common. In combinations with a string instrument, a trio of flute, viola and harp is sometimes heard. The combination of flute, bassoon and harp, however, is very unusual, and it proved to be a ravishing one. The flutist in the trio was Karen Dixon, one of the three founding members of the Festival players. She was joined by bassoonist Ellert and by harpist Deborah Fleisher, a faculty member at the University of Miami’s Frost School of Music.

The music displayed all of the professional craftsmanship that one associates with French composers: clean, transparent textures; an economy of means and a great skills in writing idiomatically for instruments, particularly for winds and for the harp. Technique aside, however, the affect of the Pastorales was puzzling. Christmas is the most joyful holiday in the Christian calendar, and yet a melancholy feeling colored the first three of Jolivet’s Pastorals, entitled The Star, The Images and The Virgin and Mary. Only in the finial movement, Dance of the Shepherds, does the music become more joyful; and even then it was a restrained joy.

Dixon spoke about this in her introductory remarks to the audience. She suggested that the plaintive affect of Jolivet’s Nativity set may have had something to do with the circumstances of his life at the time he wrote the work. It was in 1943, when the Nazis were occupying Paris. Life must have been particularly wrenching for Jolivet. His music had been declared degenerate by the Nazis (as had Blacher’s), a label that could have dire consequences, and his wife was Jewish.

Unlike the compositions of his contemporaries Milhaud and Poulenc, Jolivet’s music has never had the currency in this country that it enjoys in France. Perhaps his music, like certain French wines, doesn’t travel well; and what we hear as being melancholy the French perceive as having a kind of wistful charm.

This concert contained no string players; presumably they all had other engagements, dates that had long been locked in. Even though we missed them, we can take comfort in knowing that they will be back in full force next summer at the 22nd Palm Beach Chamber Music Festival.

Donald Waxman is a composer and a contributing writer to Palm Beach ArtsPaper.

Film: Just in time with the opening of movie theaters in Palm Beach County comes the season’s most … END_OF_DOCUMENT_TOKEN_TO_BE_REPLACED

Music: The very last concert Franz Joseph Haydn attended in his life was in March 1808, about a year … END_OF_DOCUMENT_TOKEN_TO_BE_REPLACED